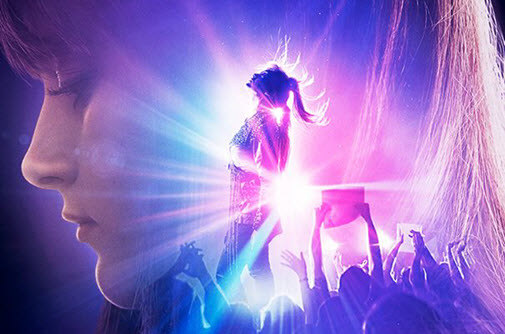 Jem and the Holograms

for thematic material including reckless behavior, brief suggestive content and some language. 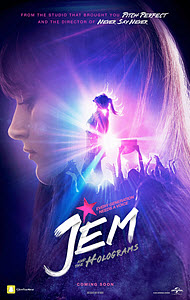 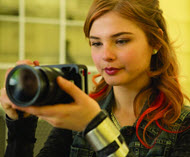 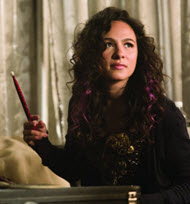 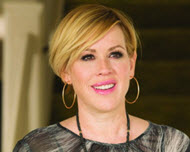 Power of the Internet to create instant stars

Excessive interest in materialism and fame

What does the Bible say about stealing?

What does the Bible say about sin?

the importance of family

dealing with low self-esteem in a Biblical way, rather than with a secular worldview 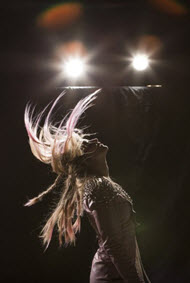 “Jem and the Holograms” is about small town girl Jerrica Benton (Aubrey Peeples), who is talented but extremely camera shy. She receives her big break when one of her sisters secretly uploads a video of her singing and playing guitar as her alter-ego, Jem. When Jerrica/Jem realizes she is famous, she takes encouragement from her sisters and heads with them to Hollywood to ultimately to finish her late father’s mysterious invention called Synergy, find out who she is, and what her talents are for.

“Jem and the Holograms” is loosely based on the Hasbro toys and later the animated series. However, the Synergy plays a much different part in this movie, as Jem is not literally disguised by it. Therefore, those who knew the series may be disappointed by this. Jem’s hair is still frequently pink, however.

The movie has an over-arching message about the importance of family and loved ones. The Bible also places an importance on family, giving several instructions on how to build a godly family. When one sister takes an action with good intentions, she ends up hurting the others, but they all forgive her in the end. The Bible stresses the importance of forgiveness.

There are three main lessons a character teaches Jerrica. Most are biblical, but others are not.

Lesson #1—“Never fear the unknown” Jerrica and her family are struggling financially, which causes the them a lot of stress. Also, Jerrica worries about what will happen if she becomes famous. Jesus tells us not to worry about money, or frankly, anything.

“So do not worry about tomorrow; for tomorrow will care for itself. Each day has enough trouble of its own.” (Matthew 6:34)

Lesson #2—“Make your own destiny.”—This is lesson is unbiblical. The Bible says we are like clay in a skillful Potter’s hand and have no right to argue with Him on who we are (Romans 9:20-22).

Lesson #3—“Use your gifts to inspire others” The Bible says we are to use our God-given gifts to do things to glorify Him, which can often include encouraging others.

“Since we have gifts that differ according to the grace given to us, each of us is to exercise them accordingly…” (Romans 12:6). Sadly, however, the people in the movie look to a celebrity to inspire them rather than the God who gives all meaning to life. We can use this as a reminder to pray for this misguided world.

The movie has some objectionable material in it—sprinkled throughout. God’s name is taken in vain 9 times (OMG), bad*ss is used 3 times, “what the h*ll” is used twice, and “d*mned” is used once.

A couple is seen kissing passionately against a door (with the implication more has happened the night before), several characters make horn signs, a male character is seen in just a towel and is later seen zipping up his pants and shirtless, characters break the law by trespassing twice, one positively depicted character has an addiction to stealing and doesn’t resolve it, but admits she “has a problem.” One character holds up breast cups to her chest, cleavage and revealing clothing is sometimes seen, the lyrics to some of Jem’s songs and other songs in the movie are suggestive and glorify selfishness and partying. One character threatens another physically. For these reasons, I suggest limiting the audience to 10 years old and up.

Although “Jem and the Holograms” has some positive messages that can be compared to Biblical principals, it has some content of concern and is not recommend for kids and deserves caution for pre-teens.

Positive
Positive—Great film. Cleaner than a lot of Christian films and has good Moral Teachings. Appropriate for all ages. Kind of a girl flick, but guys will be able to survive. Everyone I know that has seen it has loved it. Apparently the old cartoon was questionable, but this film is great.
My Ratings: Moral rating: Good / Moviemaking quality: 3