for sexual material, brief strong language and a drug image. 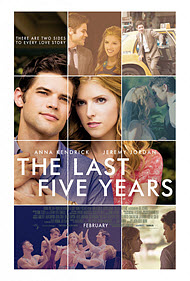 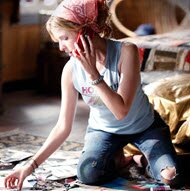 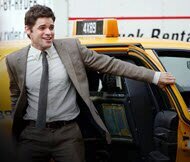 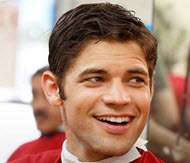 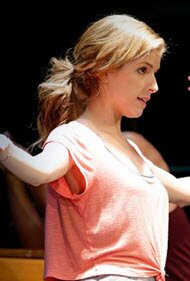 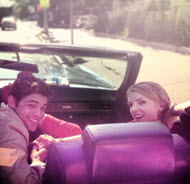 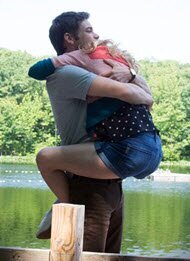 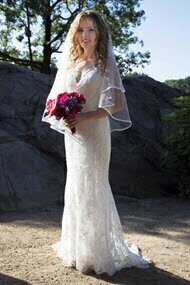 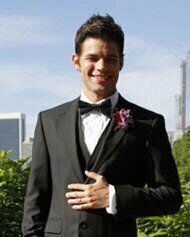 “There are two sides to every love story”

“Singin” in the Rain,” “Fiddler on the Roof,” “West Side Story,” “The Wizard of Oz,” “The Sound of Music”—all these have one thing in common: they are famous musicals that audiences all over the world have come to know and love. Like many people, I love a good musical, so when I heard that a love story starring Anna Kendrick was to come out on the big screen, in musical form, I was intrigued.

The film is based on the musical by Jason Robert Brown and depicts the breakdown of a five-year relationship between Cathy Hiatt (Anna Kendrick) and husband Jamie Wellerstein (Jeremy Jordan). Jason Robert Brown’s own relationship with his first wife is his inspiration for the storyline. The whole film is a series of flashbacks that show their relationship at various points, giving the audience bits and pieces of information at a time.

First, we see the end of their relationship, with Cathy sitting on the floor of their apartment in the dark, crying over wedding pictures and mourning what once was. Then, from Jamie’s perspective, we see them at the beginning of their relationship, as Jamie gushes about finally finding the girl of his dreams, while also lamenting that it’s taken so long. As the flashbacks come together, we discover that Jamie and Cathy move in together, and some time later, Jamie proposes. Cathy says that although she could play it safe and say no, she wants to spend her life with Jamie and be the mother to his child someday.

However, there are bumps in the road on the path to wedded bliss. Jamie becomes a successful author, while Cathy struggles in her career. Although Jamie is always there to be her cheerleader, Cathy grows tired of going to audition after audition without a call-back, and seems not to receive the encouraging affirmations Jamie offers. The struggling actress/singer begins to question her choice of career and grows resentful of the success her partner enjoys.

Meanwhile, Jamie struggles with the temptation to lust after women other than his wife, explaining to his friends in one song that he does love her, but also still notices other attractive women. Being appreciated and supported by his wife is important to Jamie, and he seems to feel that his needs are not being met. On the other hand, one flashback shows Jamie not being as supportive as he could have of his wife’s career, either.

Ultimately, Jamie succumbs to temptation and cheats on Cathy. In one song, he laments about what he has done, remembering his vows to his wife, but stating that no one has to know about the affair. By the end of the film, Cathy is distraught over her failing career, and neither of them feel loved or supported by the other. Jamie says there is nothing more he can do, and as Cathy reads his letter explaining that he has loved her as hard as he could, but now has to let her go, the film ends.

Anna Kendrick and Jeremy Jordan have fantastic singing voices, and both turned in good performances. The cinematography is also good. The passion and excitement the two characters have for their careers and for each other toward the beginning of their relationship is sweet to see. When they encourage one another and lift each other up, it is inspiring.

Even for a musical, this film has too much singing, in my opinion. Although the voices sound amazing, it gets to be overwhelming. There is rarely any straight dialog, without the whole scene being a song. With no real breaks between songs, the film begins to feel long and tiring, rather quickly.

Unlike family-friendly musicals from the past, this one also, unfortunately, has many vulgar words interspersed throughout (including the a-word and b-word and even the f-word). The two main characters follow the way of the world and do everything in their relationship the opposite way that they should, according to God’s Word. First, they have premarital sex, then move in together, and then finally, get married. Jamie is also unfaithful to his wife.

Sexual scenes between Jamie and Cathy, as well as Jamie and the other woman are shown in separate flashbacks. Undergarments are seen, but the film sticks to its PG-13 rating and only implies the rest. It appears that Jamie never confesses his sin to his wife, but instead resolves that no one needs to know what he’s done. While showing some remorse, he does not confess and repent, but rather goes back to his wife as though nothing happened.

Other sexually suggestive lines are sung in throughout the musical, as well. In one flashback, a sexual encounter with Cathy and an ex-boyfriend is shown, and we see his bare back as Cathy describes their sexual relationship before marriage. Sadly, the film does not depict sexual acts as sacred and to be done only in the context of marriage, as the Bible clearly teaches. 1 Thessalonians 4:1-18 says:

“Finally, then, brothers, we ask and urge you in the Lord Jesus, that as you received from us how you ought to walk and to please God, just as you are doing, that you do so more and more. For you know what instructions we gave you through the Lord Jesus. For this is the will of God, your sanctification: that you abstain from sexual immorality; that each one of you know how to control his own body in holiness and honor, not in the passion of lust like the Gentiles who do not know God.”

It is also very sad that people like Jamie do not know the truths in God’s Word pertaining to lust and adultery, such as Matthew 5:27-28.

“You have heard that it was said, ‘You shall not commit adultery.’ But I say to you that everyone who looks at a woman with lustful intent has already committed adultery with her in his heart.

One other problem I have with the film, just from a writing standpoint, is that there are only two characters. This leaves the film feeling very one-dimensional and flat. While their wedding does show the pair surrounded by friends and family, we never see any specific characters as part of the storyline, like in other films. Usually, there are supporting characters, and in romantic comedies and dramas there is usually a best friend or two, or family members—something to give the main characters some context and depth. However, in “The Last Five Years,” the storyline gets old fast, because there’s no real substance. Cathy mentions shopping with her mother one time, and states that she wouldn’t necessarily want to spend the day with her. This leads one to wonder, what is Cathy’s mother like? We never find out. Instead, we just hear song after song about the only two characters. I couldn’t help but wonder if this film would have been more engaging had there been some family and friends depicted who could put the characters” lives and personalities into context.

In summary, it is this reviewer’s opinion that this film is for mature adults and older teenagers only, and even then, one may want to skip it simply because it’s not all that entertaining. Had the film incorporated more dialog in between songs and depicted a wider cast of characters, it would have been more enjoyable. The sexual promiscuity of Cathy and Jamie, as well as the vulgarity used by them both, make this musical an easy one to avoid. If only Anna Kendrick’s beautiful voice could have saved this film! But, alas, even she couldn’t make me change my tune.

Movie Critics
…It’s easy to fall in love with Anna Kendrick and Jeremy Jordan in this heart-breaking musical two-hander, as they retrace a love affair from opposite ends. …

Peter Debruge, Variety
…A skeletal anatomy of a marriage, in song… The problem is that the romance as depicted is just not interesting enough to sustain realistic treatment. It’s sweet but a tad dull. The two characters lack dimension…

David Rooney, The Hollywood Reporter
…this bare-bones adaptation is more of a sop to the musical’s fans than a fully imagined movie musical… [2/4]

Liam Lacey, The Globe and Mail
…Anna Kendrick is spectacular in on-off love musical… it’s another example of why she’s among the most exciting young actors in film right now. [4/4]

Jordan Hoffman, The Guardian
…Let us now praise Anna Kendrick, who is positively great in the small-scale “The Last Five Years”—so utterly wonderful that this adaptation of an off-Broadway musical deserves better than a token theatrical release… [3/4]

Lou Lumenick, New York Post
…feels a bit stage-bound… “The Last Five Years” is not unpleasant to watch—the leads are delightful—but as a movie experience, it’s not especially satisfying either. …

Betsy Sharkey, Los Angeles Times
…Sadly, the dominant worldview is Romantic, and the artistic value is poor due to terrible cinematography, too much singing and the lack of depth in the characters. …