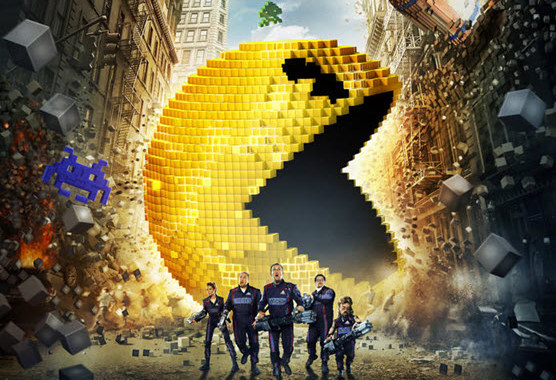 for some language and suggestive comments. 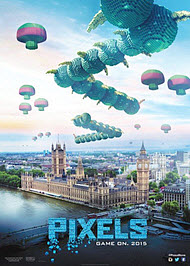 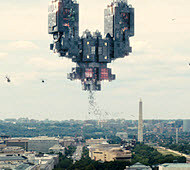 the sin of adultery

video game culture and how it has changed over the years 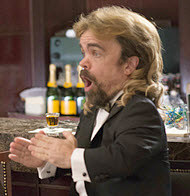 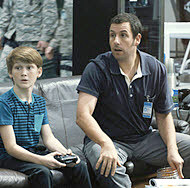 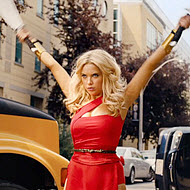 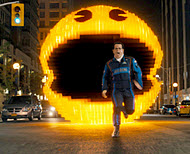 I saw the movie “Pixels” tonight. I think I knew very well what to expect going in. I have always enjoyed Kevin James and am mildly fond of Adam Sandler, so going in I had some presumptions about what I was about to see. Most of the times that is not a good way to see a movie, but, at the same time, I did not get my hopes up too high.

The movie starts as it flashes back to 1982 in a neighborhood that looks familiar to anyone who grew up in that era. We are whisked away to a video game parlor where Sam Brenner Adam Sandler and his best friend Will Cooper Kevin James spend the day playing various games to their hearts’ content. They quickly discover that Sam has a natural talent for playing games and becomes a local hero of sorts. Along the way, they befriend a quirky kid named Ludlow (Josh Gad) who has a crush on a game character whose name is Lady Lisa.

We soon cut to the 1982 World Arcade Championship where Sam finds himself battling an arrogant and obnoxious youth named Eddie Plant (Peter Dinklage). The final match comes down to a playoff game of “Donkey Kong.” As fate would have it, Sam loses to Eddie whose boasting and taunting crushes Sam, whose inherent knack for playing the games is questioned by Eddie. Along the way we learn that the games will be taped and placed in a space capsule to reach unknown life out in space (an important fact to the story).

Fast forward to today where we find Will (Kevin James) is now the struggling President of the United States and Sam (Adam Sandler) is working for the Nerd Brigade, a Geek Squad clone. Sam, while working on an install, meets Violet (Michelle Monaghan) whose husband has just left her and her teenage son. Sam strikes up an awkward friendship with Violet as they begin their love-hate relationship.

Meanwhile, a strange attack takes place on the other side of the world in Guam. The military there is attacked and the perpetrators leave behind clues in the form of pixelated debris. Will recognizes something from the footage of the attacks and enlists Sam try to help him figure this out. Conveniently, Will, Sam, and Violet meet up as we find that Violet is on the White House staff. Sam’s friend Ludlow reappears as he stalks Sam because he has figured out the source of the attacks.

With the President’s blessing, and warnings/invitations from the aliens, the unlikely heroes begin to help the US military prepare for the video game battles that the videos sent in space have spawned. We soon know that Sam and Ludlow are the only ones seasoned enough to battle the intruders. They recruit their nemesis Eddie (Peter Dinklage) from prison to round out the team.

The battles ensue. They win some, and they lose some. Along the way, Sam and Violet strike up a relationship, and the movie heads toward the inevitable final battle.

The violence is very comic book, but is menacing and frightening as those that get in the path of the perpetrators get reduced to pixelated debris. Morally, the film is generally mild for today’s audiences, but that does not excuse its sometimes crude content and speech. The movie has a sprinkling of curse words throughout and has quite a few sexual references and behavior. We see scenes of women’s midriffs and cleavage, men’s derrières being slapped, long kisses, and innuendo in some of the characters’ speech. There is talk of adultery. A character asks to use the White House Lincoln bedroom to have sex with two famous women, and is later rewarded. Another character humps the floor while singing at the President’s party. These are the areas of the most offense for Christians. The PG-13 rating should be taken seriously. I would not recommend it to younger audience.

A good working knowledge of that 1980’s would be helpful to understand a lot of the underlying jokes in this flick. It assumes you will get the jokes and might leave you a little lost if you can’t keep up.

Spiritually, the film does not have much to say. We do see some good traits portrayed in the characters, at times. Ideas such as friendship (John 15:13), marriage (the President and his wife enjoy being married together), and the heartbreak of divorce (Hebrews 13:4), honesty and the lasting effects of dishonesty (Proverbs 12:22), humility (James 4:6), and the fact that sometimes help can come from those that you least expect it (Philippians 2:3). I do not know if it was intentional, but we do see the only one of the group of young friends who finds success in the world was the one who did not dedicate his life to video games.

This is pretty standard fair, with expected outcomes and really no surprises. I hovered on the morality rating between average and offensive. What tipped the scale to offensive was the sexual innuendo throughout. I would not totally write it off, as it is funny at times and the story flows at a decent enough pace to keep you going until the end. I found myself laughing at parts that most people didn’t. I credit the fact that I grew up in that era and could get the feel of what they were going for.

While I personally enjoyed it (for the most part), I realize this is not a movie for everyone. If you really enjoyed the trailers for this movie, you would probably enjoy the movie. The effects are actually pretty good, and, for the most part, it delivers what it sets out to do. The bottom-line is this: this movie will not bring you closer to Christ. If you are easily offended by vulgarity, then this would not be a movie for you. While mild in its presentation and not too graphic, you should know going what you are dealing with. It is mainly an amusing way to spend a couple of hours, nothing more, nothing less.

Neutral
Neutral— Well, going back to 1982 was kind of cool. Pac Man, Donkey Kong. Fantasy Island, Yahoo, Queen, Loverboy, Madonna, Hall-n-Oates and more. The movie itself just alright. Some laughter which we all need. Personally, there are better movies out there this summer. I got to admit going back to 1982 was a trip.
My Ratings: Moral rating: Average / Moviemaking quality: 2½

Rockinron, age 52 (USA)
Negative
Negative—This movie was hard to sit though. I liked the concept for this movie, being a gamer myself, but it is filled with very inappropriate stuff. Right at the beginning one of the main characters casually steals quarters, and there’s bad language throughout, some of it being spoken by kids. One of the other characters keeps wanting to have a threesome with two female celebrities (and gets to at the end of the movie). Without going into more detail, its safe to say the movie is kind of sexist towards women (you can read other movie reviews to know what I’m talking about).

All the inappropriate stuff aside, there is very few funny parts, one of them being the part in the trailer where the creator of Pac Man tries to talk to Pac Man and gets his hand bitten off. I would not recommend that families see this movie.
My Ratings: Moral rating: Offensive / Moviemaking quality: 2

Alex Johnson, age 24 (USA)
Negative—Brought my 7 year old and winced throughout the whole thing. NOT for kids under 13 for sure!!! Bad language and sexual innuendos not called for. Should NOT have been marketed to young children.
My Ratings: Moral rating: Offensive / Moviemaking quality: 3½

Tina Coffey, age 43 (USA)
Negative—The previews, before I shelled out my money, show us only 3 men that are pixel 1980 era game experts. The government goes out of its way to get these 3 game expert men to battle the galactic invaders who have time warped and improve the games, in real life. Funny plot. This is another comic book on the screen, so let’s munch on the popcorn. Turns out I was dismayed again by the typical Hollywood approach to sneak in a woman in a power role, as part of the Presidential staff and who is in charge of everything just under high command. See all »
When our sound and video installer (Adam Sandler … Sam Brenner) gets to her house, he finds out her husband broke her heart, but now he is attractive to her. Later, he finds her at the White House as a top level colonel in charge of the whole program. (Oh, no…. I’m no longer enjoying this movie that is also filled with cuss words.) I wish I had never bought a ticket. This woman wasn’t even in the previews as part of the pixel expert team. If I saw her in the preview taking command and sharing in the victory at the end, because now she instantly became a game expert, I would not have gone.

I’m tired of how the feminist movement controls Hollywood. Every woman now in movies, seems to be an executive in charge of something. In the movie, this female colonel looks down on the common job of this man, Sam Brenner, who is only a lowly installer.

The feminist movement has filled the script writers’ mind. We have to have a woman in command in this movie somewhere—don’t we? But our heroes, and that’s why I paid my money to begin with, are men. I said to myself less than halfway through this, now predictable movie, that this woman was going to become part of the team to destroy the invaders. And it does happens that way, in the end.

And the reward for one of the pixel experts is he gets to have sex with the real Martha Stewart and Serena Williams (in 3 way sex) in the Lincoln bedroom at the White House. No respect for the Nation’s White House or millions of parents who brought their kids. Don’t see this movie. Why feed Hollywood’s perversion.
My Ratings: Moral rating: Very Offensive / Moviemaking quality: 3½