for thematic issues involving drinking and teen sexuality, and for brief language and an accident scene. 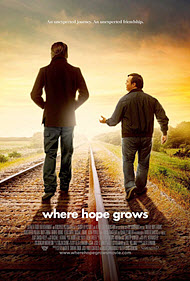 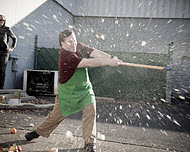 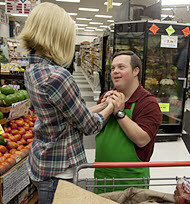 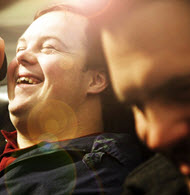 ANXIETY, Fear and Worry—What does the Bible say? Answer

challenge of raising a teenager daughter

experiencing the world through the eyes of another

importance of work and purpose

National Association for Down Syndrome

“Where Hope Grows” is a drama about a character named Calvin (Kristoffer Polaha), who was formerly a baseball player but was fired from his position and now struggles with alcoholism and cannot sustain a job. His teenage daughter Katie (McKaley Miller) is troubling him with her defiant attitude and insistence on dating a guy of poor character. However, in the midst of Calvin’s depressed personal life, he is inspired by a grocery store employee known as Produce (David DeSanctis). Produce has Down Syndrome, but he is enthusiastic and takes his job seriously. Calvin gains respect for Produce’s wholesome lifestyle and keen intellectual capabilities, and the two of them become friends. But what will it take for Calvin to have a turnaround in his life, and what role will Produce play?

“Where Hope Grows” is a faith-based movie, and for Christian audiences there could be both positive and negative elements. On one hand, there is sexual dialog, language, and alcohol use that gives the movie an edgy feel, at times. But, at the same time, the immoral behavior is definitively shown to be wrong. Also, as the movie progressed, I felt that I understood the characters” personalities very well. I appreciate that the movie does not show immoral behavior simply to say, “Here is how the non-Christian world lives.” Some unreligious characters are individually explored to show how they look at their own lives, what drives or motivates them, and what causes them to seek a new way of life.

Church is portrayed as a positive influence in the lives of Calvin and other characters. There is not much theological detail in the film, which is understandable, given that the movie was not meant to be Christian in a way that would exclude other audiences, so I would not criticize it for this, at all. However, given that the movie deals with addiction, a good post-viewing discussion point would be the Biblical basis for transformation in one’s life. Biblical themes such as spiritual rebirth (2nd Cor. 5:17) and deliverance from the inward sinful nature through Christ’s death and resurrection (Romans chapters 6-8) are relevant to the film’s story.

This movie left a positive impression on me, and I would recommend it, although I encourage viewer discretion for Christian audiences who may not be accustomed to seeing PG-13 movies.

Sexuality: There is talk of having sex, on multiple occasions, but the dialog is not graphic. Once, a teenage girl and boy are in bed together kissing. They are clothed, but the male intends for it to be a prelude to sexual intercourse, before the girl backs out. Later in the movie, the male attempts sexual assault, but is thwarted by a bystander.

Language: GD (1), G*d (2), pr*ck (2), and about six mild obscenities (two of them incomplete). About five uses of the words “retard” or “retarded” with regard to people with Down Syndrome, but the protagonist reprimands those who use such terminology. A teenage girl insults her father on multiple occasions, such as telling him that he is “hopeless.”

Alcohol Use: There is drinking throughout, mostly by an adult addict, sometimes leading to intoxication. A few instances of teenage drinking. An under-age character steals beer from a grocery store on one occasion.

Other: A few scenes of emergency medical operations in which a lot of blood is shown.

Positive
Positive—I thought “Where Hope Grows” was a very good story of the redemption of an alcoholic and lost soul. The lead character (Calvin Campbell) had been a sought after major league baseball talent who failed when he made it to the big leagues. When he meets Produce, the grocery stock boy with Downs Syndrome, Calvin has become an alcoholic and is losing his relationship with his teenage daughter. He learns some of the most important lessons in life from the young stock boy, and begins the process of redeeming his life and his relationship with his daughter.

Faith and the church are depicted as very positive elements in the lives of Produce and his friend Amy, whom Calvin comes to know in the movie. The depiction of alcoholism is realistic, so this movie is not really for young children. But for late teenagers and adults, it is an honest depiction of how alcohol can poison your life and hurt a family. The redemption of Calvin in this movie and the effect on those around him of this is heartwarming.
My Ratings: Moral rating: Good / Moviemaking quality: 4½

Lorie, age 52 (USA)
Positive—I enjoyed watching this movie, but Calvin Campbell (baseball player and dad) was disturbing to me, by his actions of hanging out at the bar all the time and drinking. His daughter Katie was lippy and not very respectful of her dad, but I can see why; he was never home for her. This led Katie to hang out with a young man who just wanted one thing from her, sex. I admire Katie for not giving into this young man, especially with what she was dealing with at home. It showed she had some morals, and I believe her dad did as well, except for his drinking problem.

Produce (the Down-Syndrome young man) was the uplifting part of the movie, as most Down-Syndrome people are totally loving and accepting. He gave Calvin hope in life and helped him to recover from his alcoholism. Yes, this movie had alcoholism and family problems in it, but it also had hope that no matter what you are going through, things can get better, people can change with the help of God. It also supported Down-Syndrome people. Where the world wants to have nothing to do with disabled people, God allows these people to come into our lives to love and accept us unconditionally. They are blessings to us all and much needed in this world.
My Ratings: Moral rating: Better than Average / Moviemaking quality: 4½