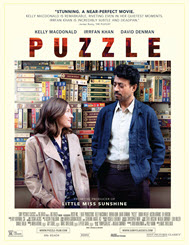 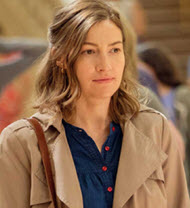 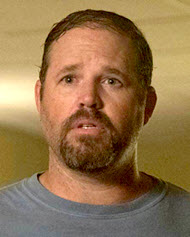 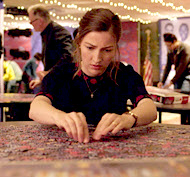 This film is about a woman’s journey to supposed self-actualization. What does God say about how to find true fulfillment in one’s life, and, most importantly, eternal life in Heaven, rather than eternal death in Hell?

The world of competitive jigsaw puzzling

What worldly and unbiblical messages is this film sending to its audiences? What truthful messages? 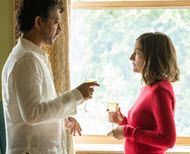 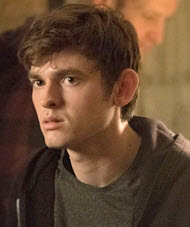 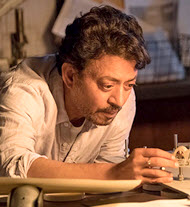 Here’s what the distributor says about their film: “PUZZLE is a closely observed portrait of Agnes, who has reached her early 40s without ever venturing far from home, family or the tight-knit immigrant community in which she was raised by her widowed father. That begins to change in a quietly dramatic fashion when Agnes receives a jigsaw puzzle as a birthday gift and experiences the heady thrill of not only doing something she enjoys, but being very, very good at it.

After years of concerning herself exclusively with the needs and wants of her husband Louie and sons Ziggy and Gabe, Agnes has found something that she wants to do. Stepping out of her domestic bubble to pursue her new hobby, Agnes meets Robert, a wealthy, reclusive inventor who immediately recognizes her talent and recruits her as his partner for an upcoming world jigsaw tournament. Each day she spends out in the world, puzzling and conversing with Robert, takes Agnes further along on the road to a new understanding of herself and her strengths. With that understanding come new insights and an assertiveness that finds her speaking out on her own behalf and pushing back against the assumptions and routines that have until now defined her role in her family. Ultimately, Agnes will decide for herself what comes next.”

Positive—There are no bad characters in “Puzzle.” But pretty much everyone is a sinner, in the original sense of people falling short. There is a little more traditional “sin” in the form of non-marital sex, but the first form is what dominates the film. The film centers on a blue collar family, whose members all love each other, but their lives trap them in tradition and unhappiness. The main character is Agnes, the wife and mother living in her parent’s house and the second generation Catholic immigrant culture she is part of.

Agnes’ life is spent cleaning, cooking, shopping and preparing for big events including her birthday party where she bakes, lights and carries in her own birthday cake. She is not familiar with 21st Century issues and does not want a cell phone. Her husband is a decent, if unenlightened, working class guy who runs an auto-repair business, and runs his family in the male dominated tradition. His inner life centers on the family vacation and fishing camp on a wilderness lake. One son is preparing for college while the other has gone to work as a mechanic in dad’s garage, where he is neither suited nor happy. He really would like to become a chef, but dad thinks this is insufficiently manly.

Life changes when Agnes receives a jigsaw puzzle as a birthday gift. It turns out that she has a world class intuitive talent to be a competitive puzzle assembler. Her muse calls her to expand her life. After secretly taking a train to a big city puzzle store to get more puzzles, she gets the phone number of another assembler who is seeking a “partner”. This is Robert, of non-European origin, who got wealthy with one big invention, but has been unable to duplicate it, and lost his puzzle partner when his wife divorced him.

Agnes takes up is offer to team up with him in 2 person puzzle competition and visit his high end home twice a week to practice. She conceals what she is doing from her family, claiming to be caring for an injured aunt.

Robert starts off as her puzzle mentor and eventually a life mentor, as well. He loves puzzles, because they are something complex that he can control in a seemingly random life. Eventually he asks her to kiss him. Later on she does. Later on, they make love. Eventually her husband finds out. He avoids doing what his father would have done to his mother (probably domestic violence).

In the meantime, family life goes on. They all love each other, but have trouble communicating. A lot of it happens in the marital bedroom with snoring, turned backs, and asking for more time when the alarm goes off. All of this may seem uncomfortably familiar. Agnes sees that the garage is not making enough money and suggests that they sell the vacation home (“we came here so we never went anywhere”) and pay for college and a home for the two sons.

Eventually, he decides to sell the property without talking further about it with her. However, the sons have their own ideas. The older wants to go to cooking school, and the younger to take a year off and go with his girlfriend to Tibet.

Faith plays a large part in this film. Agnes is a Catholic who does not wash off the Ash Wednesday ashes from her forehead before riding the train to New York. Her life outside the family is spent with the “church ladies,” whose meetings are as much about enforcing rules or being an assembly line than being a community. The priest has stopped having confession, because no one is coming. (The filmmakers seem to be setting it up for her to go to confession. ***SPOILER*** She doesn’t. ***END SPOILER*** Near the end of the film, the priest is preaching an Easter sermon about the joy of the Resurrection to a dour and separated congregation. In addition, the youngest son’s girlfriend is both a vegan and a Buddhist. The family talks about Buddhism, happiness and detachment in what seems a superficial way. Later on, the son and girlfriend decide to go to Tibet and study further.

***SPOILER*** Eventually, the film is about everyone getting their lives to where they are falling short less than they were. Agnes turns out to be the LeBron James of puzzles, and she and Robert win the national championship and opportunity to go to the world competition. However, she recognizes that while she loves Robert, she loves her family and does not leap from one strait jacket to another.

They sell the vacation camp, and the sons will go to cooking school and Tibet. At the end, Agnes herself takes the train Montreal, her long time dream destination. It is not clear what she will do there (stay there, do puzzles, come back?) and what will happen with her marriage.

The male actors (Irrfan Kahn is the best known); all do well in their roles. All of these are nice people who basically try to treat each other well, as they also try to sort out their lives. So what is going on here? A dominant image is the puzzle and trying to fit together small pieces into what becomes a beautiful whole. In the real life of the film, it is not clear that whole is ever attained. If you like male dominated traditions and their churches, you may not like this film. On the other hand, if you like transformation and decent people trying to fall less short in their lives, this may be a film to see.
My Ratings: Moral rating: Better than Average / Moviemaking quality: 4½