for violence and disturbing content, alcohol abuse, some sexuality, language and thematic material. 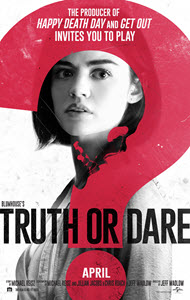 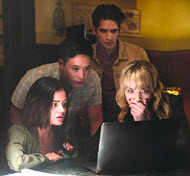 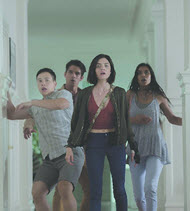 What are DEVILS and DEMONS in the Bible 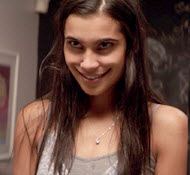 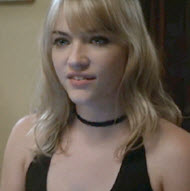 “Truth or Dare” opens with Olivia (Lucy Hale), being coerced into going to Mexico for spring break rather than volunteering for Habitat for Humanity®. After agreeing, her and her five other friends go on a drinking, partying sex-themed field trip to Mexico. Olivia catches her boyfriend making out with another man right behind her boyfriend’s back while on the trip. This upsets her because Olivia has feelings for her best friend’s boyfriend feeling upset only if you’d go to the bar where she meets a stranger and that stranger takes them to a secluded Old Mission and asks them to play Truth or Dare.

After several rounds of Truth or Dare, the whole group is in on it. Soon the game circles back to the mysterious stranger who brought them there. When asked what his intentions are, he opens up and says that he lured them on purpose and that the game of Truth or Dare is real, and if you don’t play you can die. If you don’t do the dare, you can die, and you have to tell the truth. Skeptical at first, the friends blow it off, but slowly things start to get strange. That’s the opening for “Truth or Dare.”

The acting quality is lacking, at best, and just downright weak at the worst. It comes off as a B-rated teenage horror film mixed with bad acting and alcohol. The plot isn’t too bad; it is just very poorly executed by the team—the actors and the director.

Although this is a PG-13 movie, not an R, there is still a lot of offensive content—language, partial nudity (man running around naked, even though his hand is covering his private area), there is consensual sex shown (nothing overly graphic). There is a homosexual kiss. There are people kissing strangers and dressing provocatively in swimsuits and another kind of clothing.

Alcohol is a constant stand by for all of the characters during stressful times, happy times, and even during a dare.

Another troubling aspect is that in the game you have do the dare or you die—or you become possessed by a demon and that makes you do horrible things to yourself that ends up in your death. The premise of the evil in the film is some kind of ancient witchcraft which involves a sacrifice to contain the evil.

It’s nearly impossible to gather any positive spiritual truths from this movie. The only thing that does make sense is the importance of truth in every aspect of every situation. Jesus Christ is the truth, and when we become Christians and get saved, our goal is to tell the truth in every situation, even though it’s hard, and it’s not popular, and it may not be politically correct to do so, or it may possibly cost us our lives.

In conclusion, I cannot recommend this film because it is slow, boring and uneventful; my husband actually fell asleep. I can’t say I blame him. There are also some very dark features of the movie that are unnecessary and don’t really have a place in the film.

Secular Movie Critics
…‘Truth or Dare’? Pass. …Four writers are credited with the script, and their combined efforts yield just one scene with genuine verve… the movie’s as scare-free and slow-witted as it is senseless… [1]
Isaac Feldberg, The Boston Globe
…superlatively silly movie… a wearying slog through crushed feelings and mangled bodies…
Jeannette Catsoulis, The New York Times
…The privileged protagonists of Truth or Dare are neither interesting nor likable. …
Jane Horwitz, The Washington Post
…Watch this movie and you might die, of boredom. …[1½]
Soren Andersen, The Seattle Times
…The film has its moments and some things to say about honesty and selflessness, but the plot is manipulated and the ending is not an ending. …
Brad Wheeler, The Globe and Mail (Toronto)
…The truth is, it’s not very good – and entirely without scares. But we dare you to watch it without unleashing a few unintended laughs along the way. …
Ben Travis, Empire
…“Truth or Dare” is the kind of film that must have seemed like a good idea at the time, but its initially appealing premise – what if a demon possessed a drinking game? – quickly falls to pieces under its own self-generated confusions. …
Robbie Collin, The Telegraph [UK]
…The movie isn’t scary, it isn’t gripping, it isn’t fun, and it isn’t fueled by any sort of clever compulsion. It’s just a strangely arduous exercise that feels increasingly frantic and arbitrary as it goes along. …
Owen Gleiberman, Variety