for strong bloody violence and language throughout, and some crude references. 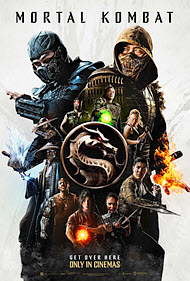 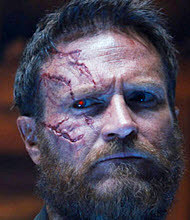 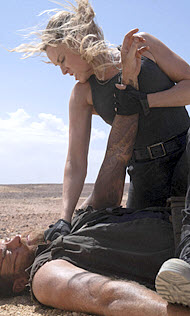 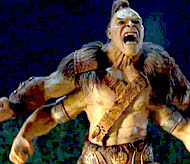 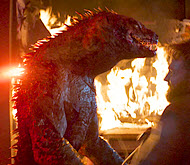 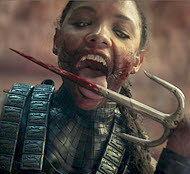 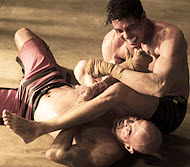 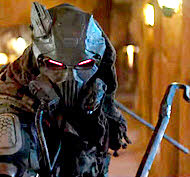 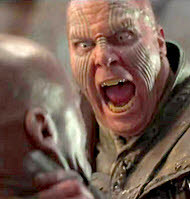 People whose thoughts and behavior are affected negatively by playing brutal video games or watching brutal movies—more aggressive thoughts, aggressive actions, dehumanizing of others (“evidence that playing violent video games leads players to see themselves, and their opponents, as lacking in core human qualities such as warmth, open-mindedness, and intelligence”) 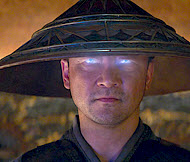 Realms of Mortal Kombat: Netherrealm, Outworld, Earthrealm, and a Void between realms

TIME magazine commented (2012) that game “broke an implicit taboo about what was okay to put in a game” by showing gruesome violence against humans. Various Mortal Kombat games have been censored or banned in several countries, and the franchise was the subject of several court cases. In Germany, every Mortal Kombat game was banned for 10 years from its release until 2015. Mortal Kombat (2011) is also banned in Brazil and South Korea, and has been banned in Australia until February 2013. MK11 is banned in Indonesia, Japan, China and Ukraine.

In 2010, Mortal Kombat co-creator and long-time producer Ed Boon revealed that he had actually sympathised with much of the outrage and admitted, “I wouldn't want my ten-year-old kid playing a game like that.”

Realities of death in the real world

HELL: Fact or Fiction—Is it an actual place? Answer

Here’s what the distributor says about their film: “MMA fighter Cole Young (Lewis Tan), accustomed to taking a beating for money, is unaware of his heritage-or why Outworld’s Emperor Shang Tsung (Chin Han) has sent his best warrior, Sub-Zero (Joe Taslim), an otherworldly Cryomancer, to hunt Cole down. Fearing for his family’s safety, Cole goes in search of Sonya Blade (Jessica McNamee) at the direction of Jax (Mehcad Brooks), a Special Forces Major who bears the same strange dragon marking Cole was born with.

Soon, he finds himself at the temple of Lord Raiden (Tadanobu Asano), an Elder God and the protector of Earthrealm, who grants sanctuary to those who bear the mark. Here, Cole trains with experienced warriors Liu Kang (Ludi Lin), Kung Lao (Max Huang) and rogue mercenary Kano (Josh Lawson), as he prepares to stand with Earth’s greatest champions against the enemies of Outworld in a high stakes battle for the universe. But will Cole be pushed hard enough to unlock his arcana-the immense power from within his soul-in time to save not only his family but to stop Outworld once and for all?”

Violence has become such a common thematic element to have in films that, let’s be honest, many of us don’t even give it a second thought when we see it. A punch, a kick here, a gunshot wound to the chest there. It’s just for entertainment purposes, right? Where would an action film without a little action be, huh? And a LITTLE violence doesn’t hurt anyone right? It’s like that favorite junk food you love so much that you know is bad for you, a little doesn’t hurt… but… A LOT does.

You raise the bar. You want more. You desire more. When you go for your favorite junk food you know is bad, you now eat it 5 times a day instead of every once in a while. It’s the same for some with film violence. After filmmakers added a little bit of violence into films and saw how much profit they could make from it, they realized that if a little violence draws a good amount of people to the theaters, then more stylized violent films will bring even MORE people to films. More, more, more!

That is the overall theme of “Mortal Kombat”… MORE. More everything! More violence, more profanity, more costumes. It became nauseating for me at times, literally. And I’m not the only one that felt that way. According to news sources, Lewis Tan, who plays Cole in the film, felt sick from the gruesome violence that was played out in scenes (and he’s a real-life kickboxer and muay thai fighter!). The violence is so graphic, so barbaric at times, that, the director Simon McQuoid, had this to say earlier this month:

The fact that the film has a record-breaking amount of f-words I have ever recorded on my clipboard (on top of other profanity and vulgarity) as well as a rather confusing, disjointed plot that seemed to be suited only for the true fans of the video games series, only adds insult to injury into what likely could have been a somewhat enjoyable film that, with some more editing, could have easily gotten itself down to a PG-13 rating.

Violence: Extreme. I will not list every violent act here, as it is neither appropriate nor worth doing here However, there are excessive and multiple scenes where people are stabbed, kicked, punched, grabbed and shoved around, shot with weapons, decapitated (there is one scene where we see, in a horrifically graphic way, a woman completely sawed from head to toe and we see her insides). People are also blown back by other superpowers, some people are frozen alive, characters are killed, a person is burned to death, children are killed, a monster has its heart ripped out. Basically, almost any violent act you can think of is on screen here.

About the seriousness of DEATH…

Occult: There are some themes involving mysticism and finding one’s inner “aracana” (one’s abilities/powers which allow the champions to fight at a superior level).

If there is one takeaway I got after viewing Mortal Kombat” it is that our bodies are a temple and that what we take in is exactly what we will produce. Jesus stated this about our eyes:

The eye is the lamp of the body. If your eyes are healthy, your whole body will be full of light. —Mathew 6:22

And the Apostle Paul also states the following…

“Do you not know that your bodies are temples of the Holy Spirit, who is in you, whom you have received from God? You are not your own; you were bought at a price. Therefore honor God with your bodies.” —1 Corinthians 6:19-20

Also, if you are considering watching “Mortal Kombat,” think about this Scripture as well…

During the showing I attended, I saw two adults and a child who, honestly, couldn’t have been more than 10 or 11 years old two rows in front of me. As I sat there, writing my notes, and watching the film, I’m thinking to myself, “What kind of worldview is this kid going to grow up with, thinking that this kind of violence is okay? Is this what’s wrong?”

When I think about the surrounding issues plaguing our society, especially the violence in our streets, particularly the events of the last several months, I have to wonder if films like “Mortal Kombat” play some role, no matter how small, and how children should NOT be subjected to films like “Mortal Kombat” (actually, let’s be honest, adults don’t need to be either).

Gratuitous and excessive violence, vulgarity and profanity make this film an absolute pass. This movie doesn’t offer anything edifying to your soul, to God or to the Holy Spirit. Please do yourself a favor and skip this movie.