The Temples of Pergamon as drawn by John Steeple Davis.

This was once the chief city of Mysia, in Asia Minor. Parchment was first made here, and was called by the Greeks pergamene, from the name of the city. 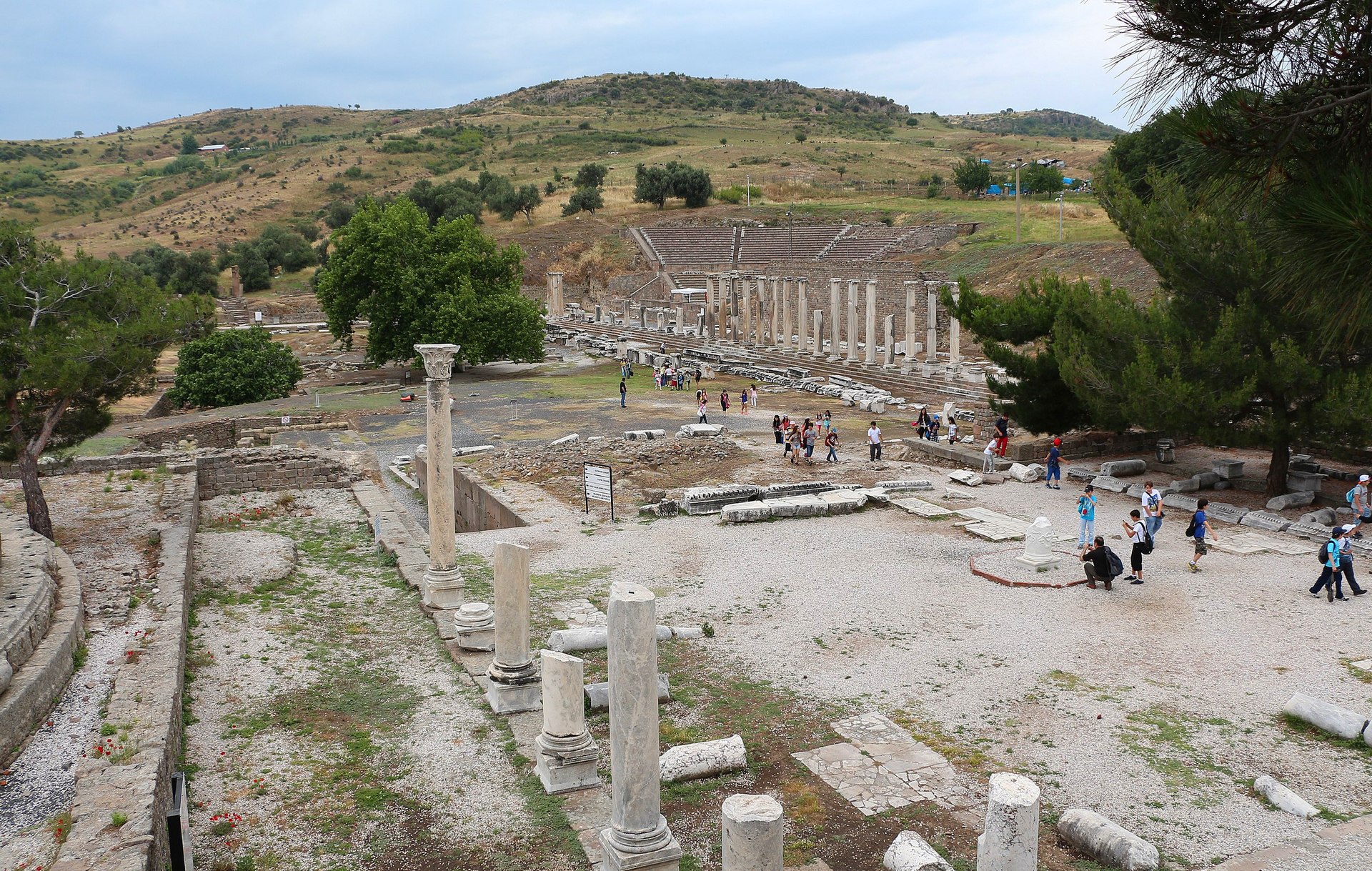 With its massive idolatrous temples, and even worship of Cesar Augustus as divine here, the city was noted for its wickedness, so much so that our Lord says “Satan’s seat” was there.

Today, the most famous structure from Pergamum is the monumental altar which apparently was devoted to the false Greek dieties Zeus (Roman: Jupiter) and Athena (Roman: Minerva). It is now on display in Berlin’s Pergamon museum. Some have suggested that this altar is the Seat of Satan mentioned in Revelation.

One of the “seven churches” mentioned in the book of Revelation was planted here . It was the northernmost of these churches.

“Write in a book what you see, and send it to the seven churches: to Ephesus and to Smyrna and to Pergamum and to Thyatira and to Sardis and to Philadelphia and to Laodicea.” —Revelation 1:11 NASB excerpt

The church of Pergamum was rebuked for swerving from the truth and embracing the doctrines of Balaam and of the Nicolaitanes.

“At this regional seat of Rome, the governor had ‘the power of the sword’ to determine life and death. John reminded Christians of this powerful, pagan city that Jesus alone-not the Roman governor-hold all power, including power of life and death.” —“On the Early Church,” “Where Satan Lives,” part of the Faith Lessons video series)

This city stood on the banks of the Caicus River, about 20 miles from the sea. It is now called Bergama (Berghama).