The reading phenomenon known as “Harry Potter” is sweeping the globe, and it truly has an international presence as readers in 200 nations, in over 40 languages, indulge in this series. A U.S. consumer research survey reports that “over half of all children between the ages of 6 and 17 have read at least one Harry Potter book.” With the financial backing of Warner Brothers, Mattel, Coca Cola, and Scholastic, Inc., Potter is sure to be a force to reckon with for years to come. Public school educators and many parents in America are thrilled with a series that has captured the imagination of children like no other in history, prompting a revived interest in reading. Reading is a good thing, but not all is as innocent as Potter fans would have others believe. 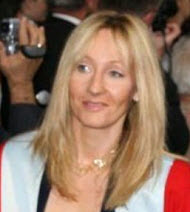 This series of books by British author J.K. Rowling focuses on the plights of young Harry, who is selected to attend the prestigious 1000-year-old Hogwarts School of Witchcraft and Wizardry. Harry himself is an orphan, his parents (practitioners of “white magic”) murdered by the evil Lord Voldemort (a master of the “Dark Arts” [1]. But “when Lord Voldemort, the most powerful Dark Wizard for a century turned the curse that had killed so many witches and wizards on Harry Potter, it rebounded upon Voldemort, ripping him from his body, and his powers gone, barely alive, he fled.” [2]

Young Harry is given a strange marking on his forehead. “Through the sacrificial goddess magic of his mother’s love, baby Harry is saved and his blood is given magical powers. Unable to kill Harry, in revenge, Voldemort sears a death curse of a lightning bolt on Harry’s forehead.” [3] (Some have criticized the imagery behind the lightning bolt itself [4].) Rowling, a graduate of Exeter University in England, is very familiar with occultic practices, using elements and philosophies behind “pagan religions, celtic religions, the religions of the druids, witchcraft, [and] satanism.” [5]

Little is said during the time Harry’s parents are killed until he is around 10 years old. At the age of 11, Harry travels to Hogwarts, where he and and other students are taught by the faculty, all accomplished wizards and witches, how to properly use magic tools, spells and rituals.

One such tool is a tail feather from the powerful, mythical Phoenix bird. The school Headmaster, Albus Dumbledore, owns such a bird, a symbol of resurrection. Both Harry and Lord Voldemort use the tail feather in their wand, perhaps symbolizing, as some critics say, that the source of their powers come from the same place, even though Potter and Voldemort are enemies, one using “white” magic and one “dark arts.” The wand is only one of many magical items used and studied.

Children are understandably fascinated with the kind of power that Harry and others in his world possess. Author J.K. Rowling says,

“The idea that we could have a child who escapes from the confines of the adult world and goes somewhere where he has power, both literally and metaphorically, really appealed to me.” [6]

Certainly power is appealing, especially “white” witchcraft like this that is made to look so innocent.

Even some Christians leaders agree that it’s “just fantasy” and generally acceptable for the Christian reader, including Chuck Colson of Breakpoint, the editors of World Magazine, and Connie Neal (author of What’s A Christian To Do With Harry Potter?). [7] However, occult experts, Marcia Montenegro of Christian Answers for the New Age [8] and Caryl Matrisciana, author of Gods of the New Age [9], disagree with their Christian peers. Both have personal experience in the occult before becoming Christians.

As one example among many, Caryl points to a chapter in the fourth book entitled Flesh, Blood and Bone.

“Harry is magically transported with his friend Cedric to a dark, scary graveyard. There, Harry is tied to the headstone of Lord Voldemort’s father’s tomb by Voldemort’s slave, Wormtail—a shapeshifter who takes the form of a rat. A slithering snake, synonymous with the presence of Voldemort, circles around Harry. Following an order to kill from a voice of unknown origin, the slave utters a death curse. In shock, Harry witnesses the murder of his friend Cedric.” [10] 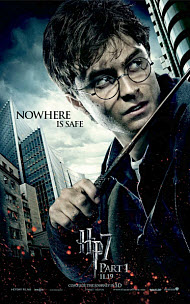 Perhaps all of this sounds a bit scary, but nothing to be concerned about. Potter fans say that this world is just make-believe and has no bearing on the real world. While a few Christians don’t even like to read or see classics such as Sleeping Beauty, Lord of the Rings, or Chronicles of Narnia due to the mere presence of evil, most Christians recognize the good vs. evil element as being clearly delineated. Evil is evil, and good is good, and good is promoted while evil is not.

But in the Potter series, the line is not so clear. The “good” guys practice “white magic”, while the bad guys practice the “Dark Arts”. Readers become fascinated with the magic used (explained in remarkable detail). Yet God is clear in Scripture that any practice of magic is an “abomination” to him. God doesn’t distinguish between “white” and “dark” magic since they both originate from the same source.

Furthermore, if one were to use the reasoning that such objectionable material can be included in fantasy literature, then “that line of reasoning would tell you that you could include in fantasy any violence, pornography, whatever you wanted, and still defend those books by that very same statement.” [11]

The problem is, witchcraft is not fantasy; it is a sinful reality in our world.

“J.K. Rowling, the author of the Harry Potter series, has gone through an awful lot of research. She is very accurate (otherwise we would have witches all over the country and the world saying ‘this is not a true representation of our religion.’) This is a true representation of witchcraft, and the black arts, and black magic. And yet we have people that say this is merely fantasy and harmless reading for our children. Actually, what makes this more dangerous is that it is couched in fantasy language, and children’s literature, and made to be humorous, and beautifully written and extremely provocative reading. and it just opens up children to want to have the next one. This is what is so harmful.” [12]

Harry Potter: Witchcraft Repackaged studies elements of Rowlings’s imagery and writings, including the use of the “Potter” name in Pagan religion [13], shapechanging [14], meditation [15], human sacrifice [16], feminine power, Wicca (the religion of witchcraft) [17], the tools, spells and curses used in witchcraft [18], Christian youth and their involvement [19], communicating with the spirit world, reincarnation, situational ethics in witchcraft, the lightning bolt as a power symbol, broomsticks and witches’ hats as phallic symbols, dabbling in divination and sorcery, recruitment, teaching children dark arts, Scholastic Inc.’s involvement, and more.

We can be sure that this video by Jeremiah Films, while probably the first of its kind to deal with Harry Potter from a biblical cautionary perspective, will not be the last. The Christian Booksellers Association’s 13,000 member annual meeting in 2000 had a noticeable lack of anything Potter.

“Clara Sessoms, who manages Living Water Christian Books in Marion, Ind. [says] ‘I don’t think people fully realize what they’re dealing with, and I think anyone who knows anything about spiritual warfare knows those books can open the door to spiritual bondage.’ ‘And I think it’s worse that children are the target,’ said Jessica Ruemler, a buyer for Living Water. ‘It opens the doors for young minds. You put sorcery in, what do you expect to get out?’” [20]

Many concerned parents agree. According to the American Library Association, the best-selling Harry Potter series topped the list of the nation’s most frequently challenged books for two years in a row. [21] Author John Andrew Murray believes that…

“With the growing popularity of youth-oriented TV shows on witchcraft—‘Sabrina, the Teenage Witch;’ ‘Charmed;’ ‘Buffy the Vampire Slayer’—a generation of children is becoming desensitized to the occult. But with Hollywood’s help, Harry Potter will likely surpass all these influences, potentially reaping some grave spiritual consequences.” [22]

Potter has caused quite a stir in many nations, with several Australian Christian schools supporting a banning of the books. “Dr. Chas. Gullo of the Christian Outreach College, a private school in Queensland state, said he read one chapter from Harry Potter and the Goblet of Fire and was exposed to four murders. “It was pretty gory,” Gullo said in Brisbane’s Courier-Mail newspaper.” [23] Rev. Robert Frisken of Christian Community Schools Ltd in Australia says: “The ordinary person is typified as being bad because they have no (magic) powers, and heroes are the people who are using the occult. Good finds itself in the occult, which is an inversion of morality for many Christian people” [24] Even many non-Christian parents have been concerned due to the greatly heightened fear that their younger children have after reading Potter’s books. [25]

While some practicing Wiccans flatly deny any link between Potter’s world and theirs [26], the evidence is undeniably clear that Potter promotes an interest in magic and the occult. Parents, whether Christian or not, must take an active role in what their children are being exposed to and determine what is appropriate. Christians especially should be guided by God’s Word, the Bible.

Author Richard Abanes has written a book called Harry Potter and the Bible. He says that the movies and books not only teach anti-Christian lessons on the occult, but also moral relativism, and desensitize children to profanity and off-color humor.

So, what is a Christian to do? Ask, seek, and knock. Ask the Holy Spirit to guide you as you lead your family in taking a biblical worldview of morality, seeking to please God (and not conform to man). Seek out what the Bible says about the occult (be sure to read our other articles) and how Christians are to react to it. And knock on the doors of your friends who may also be unsure what to do with Harry Potter. There is a useful video titled “Harry Potter: Witchcraft Repackaged” to share with your family, your church, and others.

Author: Ken James of Christian Answers. Copyright © 2001, 2010, Films for Christ, All Rights Reserved—except as noted on attached “Usage and Copyright” page that grants ChristianAnswers.Net users generous rights for putting this page to work in their homes, personal witnessing, churches and schools.