for some strong language and violence, and for sensuality. 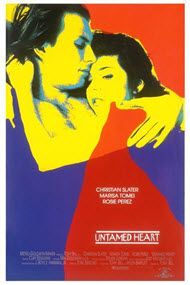 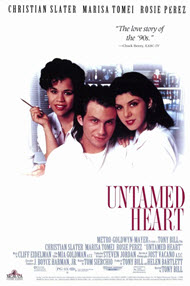 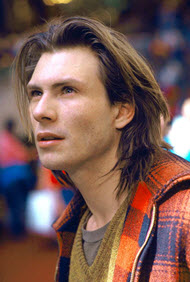 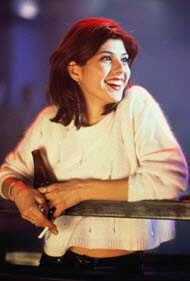 LUST—Why does the Bible warn about it? Answer

This is a story of relationships among working-class twentysomethings, with a special twist.

Caroline (Marisa Tomei) is always getting dumped; she feels she’s a failure at everything in life, including love. One night she’s attacked while walking home from her job at a diner; but she’s rescued by one of her coworkers, a busboy named Adam (Christian Slater) who everyone assumes is retarded because he doesn’t talk or interact much. It turns out that Adam is actually very intelligent; he’s just awkward around people because he was raised in an orphanage and because, at a critical development age, he was restricted from social contact to prevent infection after a heart operation. A special romance takes off from there, and proceeds to a three-hanky ending.

The story is well acted, and the plot is unique and has a lot of potential; but the film is spoiled by gratuitous offensive content. The film’s primary audience of young girls is taught by example that in a new romance, sex comes first (and some intimate contact is visible).

There’s a lot of profane language, including the “girl talk” between Caroline and her friend Cindy (Rosie Perez).

There’s the violence of the attempted rape and rescue, and more violence later, as the attackers try to get even with Adam for having interfered. I understand that violence is a plot element, but the way it’s played is pretty intense for a “date movie.”

Because the film, as a whole, is emotionally involving, everything in it will be remembered strongly.

There was a golden opportunity here for the writers to show Caroline breaking away from the past and having a pure, nonsexual relationship with Adam… and that opportunity was wasted.

I can’t recommend this one for teens. It’s good at what it does, but too much of what it does is not good.

Positive—Although it is easy for you to put Very Offensive, I disagree. There was never a “steamy” love making scene in the movie. It was a very mild scene, and love was involved. There are many more movies out there that I would call very offensive, but not this one… This movie brought tears to my eyes because of the love and the love lost.
My Ratings: Moral rating: 4 / Moviemaking quality: Better than Average
David Lawrence, age 43 (USA)