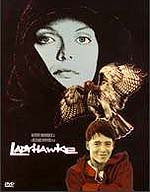 This fantasy/fiction romance adventure sparked worldwide recognition with its premiere in the mid eighties but has been largely lost in the succession of fairy-tale and science fiction films to follow. The story follows the life of a young thief (Matthew Broderick) named Philippe but called “Mouse” due to his ability to slip away and escape the most impossible circumstances. Caught and sentenced to be hung by the power-hungry Bishop, he squirms free of the prison walls and makes his flight to freedom.

It’s in a witty exchange with the soldiers sent to bring him back dead or alive that he meets the man who will forever change his life. Etienne Navarre, the Bishop’s former captain of the guard (Rutger Hauer), and his mysterious hawk intervene and save his life. Mouse is duty-bound to serve him in faith for his good deed, little knowing that he’s walking into the mist of a magical adventure that borders on the supernatural.

When darkness falls, Etienne and his hawk disappear, and in their place are a bloodthirsty black wolf and a beautiful stranger (Michelle Pfeiffer). Believing it to have been a dream, Mouse tosses it off but becomes convinced in the days that follow that the Captain is concealing something… and has a definite plan in mind for his new manservant. Through dark nights and powerful days he will learn of the past of this mysterious exchange and come to love and admire the two people who are together forever, eternally apart.

The first time through I must say that I was not impressed with the quality of the film. It seemed overly dark and sinister. However, with a second viewing a few years later, I learned to love this dark romance with its many magical elements. The story is original and powerful: the tale of two lovers cast under a spell so that they might never both be human at once. Michelle Pfeiffer is at her youngest (and perhaps most attractive) and to see Matthew Broderick in one of his first films is a delight. The story begins to grow on you, from the hauntingly beautiful wolf in the darkness to the passionate climax. My younger brother, who normally scorns “love stories,” was captivated for it contains enough action to enthrall even the most determined male. The soundtrack overdoes it a little with the “medieval disco” but suits some portions of the film well.

Parents should be aware that while “Ladyhawke” is pretty much void of language (about seven mild profanities) and completely without sexual situations or innuendo, it does contain some intense violence. Soldiers are killed with arrows or sword impalings; a hunter sent to kill Etienne falls into one of his own wolf traps; the Bishop meets a violent end, impaled with his own staff; and a wolf attacks and mauls someone. The violence is not particularly gratuitous and much in the style of “First Knight” where it’s heard more than seen, but is a definite black mark on an otherwise enthralling story. Isabeau (Ladyhawke) also shows some cleavage when she is pierced by an arrow and a friendly monk is commissioned to pull it out.

Christianity is held in two lights. Mouse often “talks to God,” but most of it consists of mild banter. He flippantly remarks “I know I promised to give up stealing, Lord, but I also know that You know what a weak-willed person I am.” The monk portrayed in the film likes his brandy and sways between seriousness and wit. Etienne believes that God has led Mouse to him to help him break the curse. The Bishop, who was violently in love with Isabeau, sold his soul to the devil in exchange for placing the lovers under a curse. Much like the Cardinal in “The Three Musketeers,” he’s portrayed as a dirty old man who uses his robes only for power and not for the pursuit of Godliness.

Some might be offended by the portrayal of the Bishop but I chose to view it rather in truth in that appearances can be deceiving. Those whom we believe to be good, Godly men and women can in fact be ploys of the devil. Without Christ we are meaningless and self-pursuing, just like the Bishop. Magic, the occult and the devil are all thrown into a bad light, which is to be applauded. The story is good-hearted if a bit flawed with situations and dilemmas characteristic of a good fairy story. Definitely not for kids but teens and adults will find this a charming and often heart-rending story of triumph.

Positive
Positive—This is a fantastic movie. If you like “The Princess Bride” (who doesn’t?) but want something more serious, see Ladyhawke. It is beautiful, gripping and romantic. There’s also enough action and swashbuckling to keep any guy (like me) happy. A thoroughly enjoyable film with few marks against it.
My Ratings: [Better than Average / 4]

Christopher Ables, age 20
Comments from young people
Positive—I loved this film! I first veiwed it at the age of 13 and have loved it ever since. The plot is about two lovers who are cursed… the man is human by day and wolf by night, and the woman is human by night and hawk by day. They are always together, yet always apart. This is a truly wonderful film. There is very little offensive material in the movie… no sex and only a few mild profanities (like d**m and h**l…). The main reason for the PG-13 rating is a little midievel style violence, which is much more tame than is shown in most movies today. I disagree with the reviewer saying that it’s “not for children”… I think most children over 9 could handle this movie fine. All in all, I highly recommend this movie!!!
My Ratings: [Better than Average / 5]