for strong violence including sexual assault, sexual content, some graphic nudity, and language. 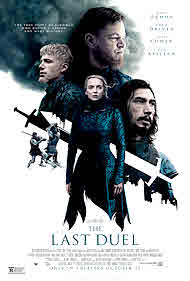 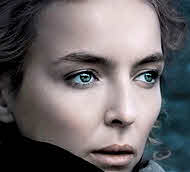 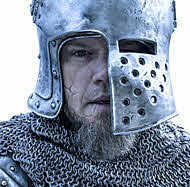 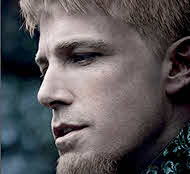 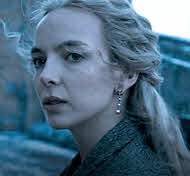 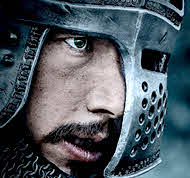 The debasement of women in worldly society

Duels to the death

Famous and very rare trial by combat in Medieval France (1386)

According to Germanic law, whichever combatant was still alive at the end of the duel would be declared the winner, as a sign of God’s will. This was done to settle accusations in the absence of witnesses or a confession.

Film based on the book The Last Duel: A True Story of Trial by Combat in Medieval France, Eric Jager (2004) 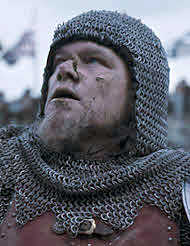 Sir Jean de Carrouges IV was a French knight who governed estates in Normandy as a vassal of Count Pierre d'Alençon. Carrouges served under Admiral Jean de Vienne in several campaigns against the Kingdom of England and the forces of the Ottoman Empire. 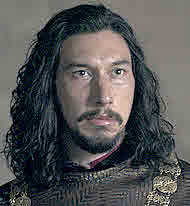 Sir Jacques Le Gris was a French squire and knight who was accused of rape by Marguerite de Carrouges, the wife of his neighbour and rival Sir Jean de Carrouges. He was a fierce, strong soldier, said to be rash and temperamental, and known as a notorious womaniser. 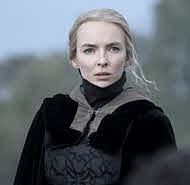 Does the truth matter? This question is examined in Ridley Scott’s historical epic “The Last Duel,” which is based on the account of the last sanctioned judicial duel in France in 1386. Two men who were once friends and allies find themselves increasingly at odds, culminating finally in a trial-by-combat to settle the charge of rape. The accuser’s life hangs in the balance as she stands firmly by her claim, but must wait for the outcome of the duel between her husband and his friend-turned-enemy.

This story spans several years and is told from three varying perspectives, each presented as a chapter titled, “The Truth According To (that character).” But which of these is the actual truth? Each unfolds with differences according to that character’s self-perception and motivations.

As fallen and sinful beings, humans are often the worst judge of our own character. We are quick to skew our viewpoint, present ourselves in the most favorable light, and justify our actions. The characters in “The Last Duel” are no different. At what point does a quest for honor become pridefulness? Can covetous lust be honestly mistaken for true love? When one is wronged, how much should be risked for justice?

What does the Bible say about PRIDE versus HUMILITY?

With its interesting historical basis and setting, an intriguing story-telling premise, serious subject matter and competent actors, I had high hopes that this could be an entertaining and thought-provoking movie. It did not fail on either account. The historical setting is truly fascinating, and the technical quality of the production is excellent. The cast of well-known actors are solid in their roles, with Jodie Comer especially convincing as Lady Marguerite de Carrouges. Adam Driver as Jacques Le Gris seems as if he has stepped from the very time in which the story takes place. The physical transformation of Matt Damon as Sir Jean de Carrouges helps make up for his slightly stiff acting, and Ben Affleck is believable (and unlikable) as the debaucherous Count Pierre d'Alencon. The lengthy run-time might seem too much for some viewers, but I believe it led to the ability to explore the characters and build the story.

Director Ridley Scott knows how to make an intense and immersive film, interweaving both drama and action while also dealing with the difficult subject matter of sexual violence and misogyny.

This entire story centers on rape and its consequences… certainly this is difficult territory for many viewers, especially those who have been violated in this way. I have never experienced being surrounded by such strong reactions in a theater as I did in my viewing. Although it was a small audience, I could hear and almost feel the discomfort of the other viewers as parts of the film unfolded. Audience members bristled and protested aloud during trial scenes in which it was suggested that a woman might deserve to be raped, or that she might enjoy it, or that she might be so overly dramatic that she simply dreamed it.

A female character tells Lady Marguerite that rape is something which just happens and needs to be forgotten, not something for which you should seek justice.

Scenes like this had me clenching my teeth in frustration with the characters and the unbiblical thinking of the time period. Sadly, in many places these are still prevailing attitudes toward women who dare to come forward for justice.

I also felt myself growing angry as decidedly unbiblical views of the worth of women were presented almost as “Christian values.” I know that in that place and time, women were viewed as property and often as having no more value than as a means of continuing a family line. But this view of women is entirely unbiblical and not consistent with the teachings of Christ.

Jesus placed a value and honor upon women which they never before had in ancient times. It is corrupt and utterly false “religious traditions” which have skewed this.

Likewise, a false (but perhaps historically accurate) view of God and His means of justice is presented in this film. The belief and teaching at the time was that if one was right and truthful, he could not fail in a duel, and in this way God’s judgment would be rendered.

This is a low view of our sovereign and all-knowing God, who renders both justice and mercy in His timing and in His way without the need of humans fighting to the death to “prove themselves” to be right.

Sexual Abuse of Children in the Roman Catholic Church

I know it was the filmmaker’s intent to stir up some of these feelings so they could be examined. These and other topics presented in “The Last Duel” should provide material for careful thought and discussion, as some of these issues still exist today. In this way, the movie succeeded. I have not stopped thinking of some of the content presented in this film. If others are also thinking on these things after viewing it, it might be counted worthwhile. However, intertwined in the compelling story is content of grave moral concern in almost every area.

VIOLENCE: This film has multiple gory and bloody battle scenes. These are graphic and unflinchingly realistic. The violence is extreme, with death and grisly injuries. Innocent people are slaughtered to bait an army to charge. Close shots of bloodied faces during battles fill the screen. A corpse is stripped, dragged through the streets and hung upside down.

As well as the battle and duel scenes, we also see a hunt in which a stag’s throat is cut and blood is smeared on two young boys as a rite of passage. A man beats a horse with a shovel. Other horses are gruesomely killed in combat.

SEX/NUDITY: Sexual violence is the area of deepest concern. The plot of centers around an accusation of rape. Twice we see this take place, from differing perspectives. Although the characters are fully clothed, these scenes are depicted realistically and are very difficult to watch. I could feel the tension and discomfort in the theater as other moviegoers reacted to this.

In a scene lasting a few minutes, several completely nude women fondle each other on a bed in the background as other characters converse. A naked woman walks past. One male character invites another to participate, and they both join in.

There are multiple scenes of intercourse between a husband and wife. Although no graphic nudity is shown at these times, there is movement and sound with bare limbs and backs.

Several conversations concern sexual pleasure, including the repugnant suggestion that a woman might enjoy being raped. There are scenes with suggestive talk and various references to a character’s immoral escapades.

There are several dresses exposing considerable cleavage and men are shown bare-chested, in addition to the nude scenes mentioned previously. A corpse is stripped bare.

An sexually aroused stallion breaks into a pen and violently attempts to mount a mare.

LANGUAGE: Count Pierre is foul-mouthed and uses the F-word at least 5 times, as well as other vulgarities including “c*nt.” God’s name is used in vain a several times. The term “damned” is used both lightly and in the biblical context of damnation.

OTHER: Certain characters drink often and are shown drunk. Clergy and others have a very skewed understanding of God and justice. A man says that he is willing to be damned to eternal torment if he has lied. It is implied that rape accusations are common in the church and are regularly covered up. The attitude toward women at the time is completely unbiblical, although it is presented under a guise of true Christianity. The very premise of trial-by-combat as a means of proving God’s will in a matter is false and unfounded.

As much as I wanted to enjoy this film, I cannot recommend it for Christian viewing due to its content. The use of three accounts from different perspectives would normally be something I would want to watch again to find missed details, but I can’t envision myself sitting before this movie a second time. While artfully executed with a compelling story, it has a great deal of problematic content which could certainly be a stumbling block for viewers.

Secular Movie Critics
…insufferable… Degreasing a stove is a more enjoyable way to spend your Saturday night. …You’ll need a flashlight to make it through. It’s not technically shot in black and white, but director Ridley Scott comes awfully close to grayscale. … [1/4]
Johnny Oleksinski, New York Post
…An all-star cast…can’t save Ridley Scott’s medieval epic… neither memorable nor productive… [2/5]
Jonathan Romney, The Guardian [UK]
…Whether it’s the sheer weight of the narrative repetition—which involves rewatching a brutal rape—or the two-men/one-woman perspective, which results in an underwritten character and a strained performance from Comer, “The Last Duel” is crushed by the weight of its own armour. …
BY Fionnuala Halligan, Screen Daily
…often ponderous… erratic script… seems even longer than its 152 minutes…
Joe Morgenstern, The Wall Street Journal
…overcooked medieval soap opera… The accents are all over the place. The acting teeters between the operatic and the overstated. …it’s jarring to see the plot hinge on the notion that in 14th-century France, it was considered universal wisdom that a woman couldn’t conceive a child unless she experienced sex in a highly pleasurable way. Talk about a notion that seems at once medieval, anachronistic, and more than a bit concocted.
Owen Gleiberman, Variety