Today’s Prayer Focus
One Day in May
MPA Rating: 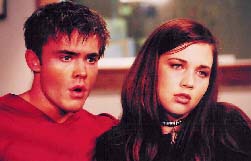 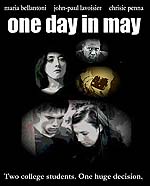 Chances are you’re a mildly or seriously committed pro-life advocate, one who knows that the Bible makes it clear that abortion is morally wrong. Perhaps like myself in the past, you’re thinking that abortion pits the Christians vs. the secular non-Christian. Without a doubt, that can often be the case, but one thing I’ve been learning since also working on producing our “Life Before Birth” Web site (another ministry of Christian Answers) is that professing Christians are often the ones finding themselves at abortion clinics. And that’s not to peacefully protest what’s really going on in there.

I’m not going to argue the biblical position on abortion. I think we can all agree that it is decidedly pro-life. (If you have any doubts, see What does the Bible teach about abortion?). But before we go casting the whole blame for abortion rights on the secularists, let’s look at our own camp. Just take a look through some very personal stories we’ve received from both non-Christians and Christians who have faced tough decisions on whether or not to “terminate” the very life growing inside of them. Many of them were the nice girls singing in the church choir who no one ever would have expected to get pregnant. Their stories, like the character studies brought forth through “One Day in May”, speak for themselves.

Matt (John-Paul Lavoisier, “One Life to Live”) and Drew (Chrisie Penna) are a likable college couple in trouble. Drew is pregnant and neither her nor Matt feel ready for a baby. Drew thinks that abortion is her only option, and while Matt is against abortion he wants to be supportive and doesn’t really know how to best convince Drew otherwise. And so we find them boxed into a room with four walls, the camera angle emphasizing how they must feel.

In the clinic we also meet others: a pregnant teen whose socialite mother insists her will over her daughter’s reluctance, a Hispanic couple whose relationship is quickly deteriorating under the stress of it all, a Christian—Michael (Michael Leonard James)--there to convince his sister not to go through with her plan, streetwise Anna who feels she has no other choice since she is homeless, and finally Angela Stone (Maria Bellantoni—“ER”, “Law and Order”) who plays the part of a strong independent feminist who sees it as nothing more than her right to “terminate the fetus.” She’s been through it before, and so comes along side Drew to convince her that she’s in the right place doing the right thing. Drew becomes the pawn that Angela and Matt battle over, with ultimately a spiritual battle waging war.

“For we wrestle not against flesh and blood, but against principalities, against powers, against the rulers of the darkness of this world, against spiritual wickedness in high places.”
—Ephesians 6:12

“One Day in May”, at 89 minutes, is double the length of most other Christian pro-life films (“Life, It’s a Class Project,” “One In a Million,” “No Way Out”). The length alone gives more time to study the issues, and delve into the hard choices at hand. With a measured pace, this drama kept my attention throughout. The arguments for and against abortion are laid out on the table, with the pro-choice side shown plainly for its many moral and ethical weaknesses. It also touches upon post abortion trauma, suicide, abortion links to breast cancer, depression, fetal pain, serious physical consequences to abortion procedures, and other topics that the media rarely if ever covers.

At one point, the story unfolding totally switches into a courtroom scene. Though I can see why it’s there, the scene will unfortunately lose many viewers who will sit there scratching their heads in wonder. It will make sense at the scene’s end as to why it’s there, but it felt stuffed there to point out a ludicrous double standard in the “pro-choice” position.

If you want to read stories from our site users who have had experiences with abortion, see our “Life Before Birth” stories homepage.

“One Day in May” comes at a critical time in our society when there are far too few to speak for the unborn. It is a highly recommended piece for anyone working with abortion victims, crisis pregnancy counseling, and even youth groups both Christian and secular. Others too are noticing its value and quality. It won for “Most Creative Story Line” at the 2002 WYSIWYG Film Festival where it premiered, and I am sure that those in the frontlines of the pro-life movement will be scrambling to pick up a copy of this ASAP.