for some strong language 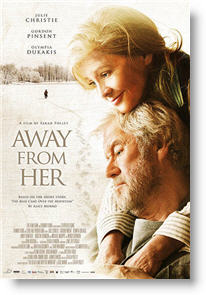 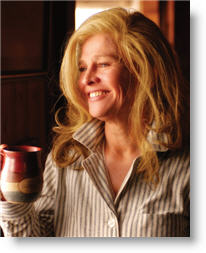 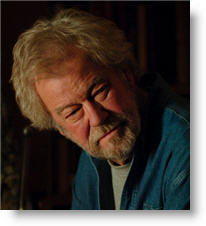 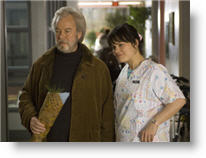 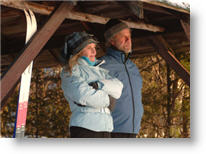 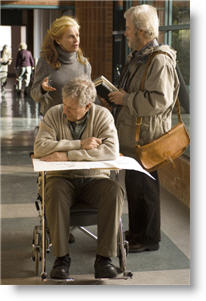 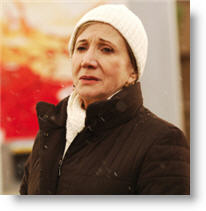 Is marriage becoming obsolete? Answer
Many people are convinced that traditional marriages don’t work and that this practice should be abandoned. What does the Bible say about marriage?

“Sometimes you have to let go of what you can’t live without.”

Two cross country skiers with two sets of tracks close together. The tracks in the snow move apart as the man is off in the distance. Finally, the tracks come back together again. So begins “Away From Her,” the tale of 2 people and their marriage journey.

Fiona (Julie Christie) has been married to Grant (Gordon Pinsent) for 44 years when she begins experiencing symptoms of Alzheimers. They appear to have had a loving marriage. However, as the disease rapidly progresses, Fiona begins to make comments that lead one to believe that their happy marriage wasn’t always all that it appears. One day Fiona gets lost on a cross country ski, and she decides it is time to check herself into Meadowlake. When she moves to the nursing facility, she is allowed no visitors or calls for the first 30 days. This rule of Meadowlake is to allow patients time to adjust to their new surroundings. Grant says that when they married, he never wanted to be away from her, and they have never been apart that long.

Grant returns at the end of the 30 days, and finds that Fiona has attached herself to Aubrey, played by Michael Murphy. He is a wheelchair bound, mute patient in the institution, and he needs Fiona. In Fiona’s words, “He doesn’t confuse me.” Grant spends many hours contemplating life and watching his wife from the periphery. When Aubrey is moved back home by his wife, Marian (Olympia Dukakis), Fiona declines even more rapidly.

OBJECTIONABLE MATERIAL: The F-word is spoken several times. God’s name is misused a few times. When Fiona is admitted into Meadowlake, she asks Grant to make love to her and then to leave. They are shown afterwards in bed together with the covers over them. Grant is shown in bed with another woman from the shoulders up. There are references to Grant’s past adulteries with college students. There is a reference to a student’s suicide or attempted suicide. There is some casual use of alcohol, and two people are shown smoking.

This movie is sad, and yet it showcases life in its raw form. Life is never what we had hoped. This movie gives viewers a glimpse at what a person must feel when watching a loved one slip away. It also shows the reality of life in a long-term care facility. At one point, as Grant is watching Fiona play cards with Aubrey, he talks to a teenager visiting a relative. He explains that he is watching his wife and seems almost content with just being able to see her, even if she doesn’t know who he is.

Although this movie was very slow moving and used many flashbacks, it was almost necessary to get the character development and feel of the last 44 years. I watched and then walked away feeling way too many emotions. In addition, this isn’t just the tear jerker that leaves you feeling sad; it left me pondering the characters’ motives for their actions. Has Fiona used her illness to get even with her husband for his adultery? Is her attachment to Aubrey real, or is it just revenge? Is Grant doing the wrong thing for the right reasons? While some may wonder if Grant’s current infidelity is his way of seeking comfort, I viewed it as an attempt to get Aubrey back in the nursing home for his wife’s sake. Was it a sacrifice for his wife’s happiness or selfish attempt at comfort? While I believe that it is always wrong to do the wrong thing, no matter what your motives are, a person living a life without God cannot make those same conclusions.

The thought that man looks at the actions of another, but only God can see the true motives kept playing through my head. While we can never know the motives of a man, and we judge the actions, God knows both. Also, I think the saddest part of this movie is the loneliness without God. God can comfort your heart, direct your steps, and give you a purpose. These people had none of this.

“Away From Her” is an adult movie that deals with adult issues. It is a heavy movie that causes you to think about issues that are difficult, at best. At age 42, I was the youngest person in the theater. No one walked out of the theater with us laughing or talking about what a great movie we just saw. Until you watch a loved one decline mentally or physically, you cannot understand the sufferings of the heart. It is a powerful and complex tale of love, devotion, sacrifice, and heartache. This movie challenged me to look beyond today and at the same time to thank God for what I do have today. If movies are only meant to entertain, this is not a movie to see, but if you want a movie to challenge you to think deeper about real situations, this is the movie for you.

Positive—…This is not some feel-good romance like “The Notebook.” It far surpassed “The Notebook,” in ambition and achievement. “Away From Her” is a truly tragic movie. I don’t think I’ve seen a more heartwrenching movie all year. So if you’re looking to be mindlessly entertained, just give up now. However, if you want to see a very detailed and realistic portrayal of a truly tragic human situation, watch this film. This is Sarah Polley’s first film, which I find amazing, considering how amazing this film is. Christie and Pinset are just wonderful, it’s hard to express just how excellent and subtle their performances are. As the main review says, there really isn’t anything a mature viewer would find objectionable, and I believe this is truly an important film.
My Ratings: Moral rating: Better than Average / Moviemaking quality: 5

Jeremy C, age 18
Positive—This is one of those films that I would quickly recommend, but might add a few cautions. Because it deals with the sensitive issues of marriage and aging, I was afraid that I was going to be left with a sinking feeling. But it wasn’t like that. The story closely follows the heartbreak of one man as Alzheimer’s begins to steal his wife away. It’s a beautifully raw, quiet, and slow-moving story that, oddly, made me feel hopeful about life and love. Be warned, the film has a few F-words, a few jabs at America (it’s a Canadian film), and deals with the issues of infidelity. This is an adult film, not for children or even young teens.
My Ratings: Better than Average / 5

Diana, age 38
Negative—“Away From Her” did capture and communicate the sad, confusing, lonely days of watching a loved one disappear under the advancement of Alzheimers. The movie was slow moving, depressing and left my husband and I wondering why we had wasted time watching this movie. No one in the movie had any belief in God, nor was God even mentioned. Their situation seemed hopeless and with God there is always hope.
My Ratings: Average / 3½

Millie Conway, age 62
Negative—This movie started slow, and only got slower. It was depressing, and only got more depressing. The owner of the DVD store told me it was a “Notebook” type of romance. The guy obviously hadn’t seen it. The story plodded, and the director chose to put no real lighthearted moments in it to balance the gloom. The movie seemed to be made as a fundraiser for some sort of Alzheimer’s charity, with a donation envelope in the DVD case, and a Public-Service-Announcement with a bunch of celebrities before the movie started—asking for money, of course. Don’t waste your money even watching the DVD UNLESS …UNLESS you’re actually facing Alzheimer’s in a loved one’s life. Then, watch it because you’ll get a feel for the real thing. But DON’T rent it for entertainment. It’s nothing of the sort.
My Ratings: Average / 2½

Bob Strauss, L.A. Daily News
…The film will strike a chord with older viewers and should benefit from strong word-of-mouth…

John DeFore, The Hollywood Reporter
…While this movie about sorely tested marital bonds will likely moisten even the most sandblasted tear ducts, it’s also laced with instances of dark humour and frank displays of human weakness. …