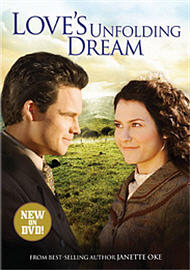 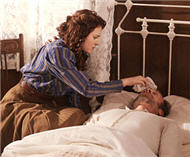 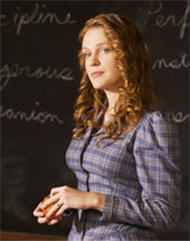 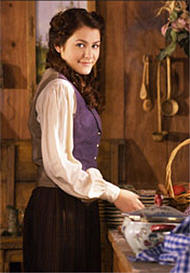 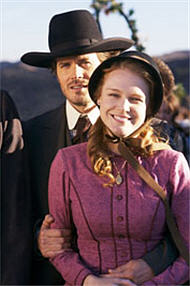 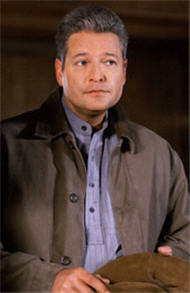 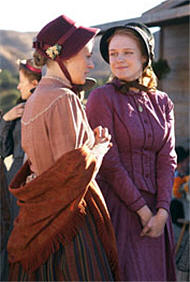 What does the Bible say about…

I watched “Love’s Unfolding Dream”, the sixth chapter in the beloved film series, when it premiered on the Hallmark Channel. I re-watched it on DVD for this review. While this was an improvement over the previous installment, I can’t recommend it, except for those viewers who wish to continue watching the trials and tribulations of the LaHaye family on screen.

It’s eight years after the events of the fifth movie, and Belinda Tyler (Scout Taylor-Compton of the excellent “Halloween” remake) has grown up immensely: she has studied countless medical books and wishes so desirably to become a doctor at Anderson Cooper. However, there are a few things standing in her way: the town’s only doctor Micah Jackson, whom Belinda wants to work for as an assistant, has no excuse for females in the profession (with the only exception being a noted female doctor referenced in the film), and Drew Simpson (Patrick Levis), a young prominent lawyer from Boston who also shares the good doctor’s beliefs. Drew is in town to fix up the house that once belonged to his uncle, with the only intention of selling it and moving on.

Dale Midkiff, Erin Cottrell, Victor Browne, and Samantha Smith reprise their roles as Clark, Missie, Zach Tyler (the town’s sheriff and Missie’s new husband), and Marty respectively, and they all help in their separate ways. Dale Midkiff is good at what he does as Clark, taking Drew under his wings and giving him wisdom tips about life and love.

A subplot involving Virginia Stafford-Smith (Nancy Lineham Charles), a patient whom Belinda sees and helps regain her confidence after her stroke, is very cliched in its convoluted approach, as well as another subplot where Missie encourages an illiterate mother how to read and help her son. The execution is well-done, but then reverts to formulaic soap-opera approach after a while, giving each the happy ending they deserve.

Like the last movie, this movie has been met with controversy by its fans, as the final three books are crammed together. The Christian themes that the book introduces are still evident, and the message that is found here is that God is calling us for a higher purpose, no matter if it’s becoming a teacher (Missie), a doctor (Belinda), or even a lawyer (Drew).

The movie does have its moments, but the movie loses its momentum by the middle and loses more steam as it approaches the end. I tried to like the movie for all its merit, and the series in particular, but it just doesn't seem to work for me.

Melissa Poole, age 34
Positive—I have really enjoyed the “Love Comes Softly” series.I have been interested in it now for just over a year.I have all the books and most of the movies on DVD.Aside from not following the books 100% as the books tell it,they are descent family films that I would not mind showing to young children.There is no swearing, no nudity, etc… It shows faith and kindness in action.It shows how we can be of help to those in need.I do not see anything that I would NOT recommend these for young children.I believe that children could easily see these movies and come away still pure,compared to other children's movies that I have problems with.

I personally watched Alvin and the chipmunks and even though it was funny and a lot of humor this film you need to be careful with children.It has that driving force for popularity and that to succeed in life you need to be rich and famous, not to mention that that part with the witches bowl and them dancing made me uncomfortable and the song.The old always has to be made new again.I personally can't stand that.
My Ratings: Moral rating: Excellent! / Moviemaking quality: 4

Ruth, age 22
Comments from young people
Positive— I love this movie series based on Janette Oke's books. I have learned something about life and love in every one of the Love Comes Softly films, and this sixth installment is no exeption. God is put first in every one of the character's thoughts, actions, and choices. If you like sweet, clean love stories, you'll love this film!!
My Ratings: Moral rating: Excellent! / Moviemaking quality: 4½

Christa, age 14
Positive—Its really a very good film I feel its really a love story becuse I found that all the movies in the series were supposed to make an entire life story with branches of other lives attached like a tree and one life gets another life and more and more until you have an entire tree and then you have branches of life that fall off and some branches grow into the ground and make more lives and you have more trees and I really think that is what the storys are really supposed to show in a nutshell.
My Ratings: Moral rating: Good / Moviemaking quality: 5