Aliens in the Attic

for action violence, some suggestive humor and language. 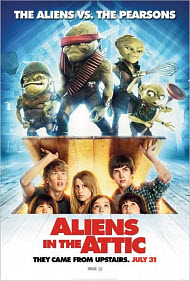 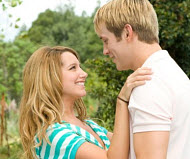 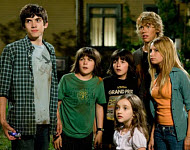 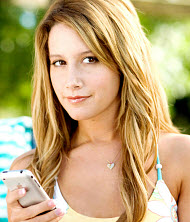 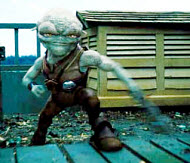 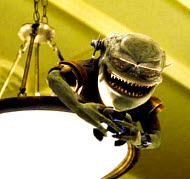 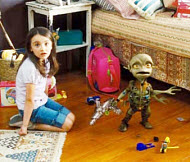 Adventures in the rain forest! Learn about the Creator of the universe by exploring His marvelous creation. Fun for the whole family with games, activities, stories, answers to children’s questions, color pages, and more! One of the Web’s first and most popular Christian Web sites for children. Nonprofit, evangelical, nondenominational.

“They came from upstairs.”

“Aliens in the Attic” is the newest film presumably aimed at children. Now, we should delight that Hollywood is making “family” films again, but, at the same time, we might pause and wonder whether or not our children should be taking candy from strangers—especially if those strangers are from Hollywood. Don’t get me wrong, “Aliens in the Attic” is a film that will appeal more to children than adults, but if that is the case, then we might wonder why all the potty humor and violence were necessary. By Hollywood standards, the film is not bad, but by parent standards, it is a sign of our generation.

One of the movie’s main characters is basically a sex pervert who is always trying to get closer to the family’s daughter. He is apparently a college age kid trying to consort with a teenage girl. There are numerous innuendos and gestures, but, since he is supposed to be the punching bag later in the film, we are not supposed to like him.

Language is not a major problem, although there is some. The worst, however, is the English cuss word “bug--r.” Most Americans are not familiar with this word or its meaning, so it is considered harmless by us, but it is actually more a more vulgar than word than the F-word—implying much more. There are also several scenes where someone is hit in the crotch and screams in pain while grabbing his crotch.

Next, the parents in this movie are notoriously stupid. That is part of the joke, but some parents may be concerned that it is part of the Hollywood effort to belittle the traditional nuclear family.

Finally, of course, is the violence. There is little blood, but much slapstick violence throughout.

Now, as to the movie itself… it is a good concept, but not particularly well executed. If it is aimed at children, it should have been more child friendly. If it is aimed at adults, it should have been better developed. The story involves a family that takes a vacation to a summer home. The teenage kids soon find something crashes on their room. The parents, of course, have no idea what is going on, even though their children are fighting four tiny aliens for the survival of the human race. Sound good? Well, sort of. Some parts of the film were entertaining, but this film is no “Gremlins.” The similarities will be obvious, and this is admittedly less violent than that film, but it is also inferior to it. I suspect that children will enjoy it, and from the reaction of the audience, the young ones did, but I worry how young the people really are? Are our children growing up too fast these days?

Perhaps I have been a little to harsh on “Aliens in the Attic,” for the child in me wanted to enjoy the film, but somehow the movie never held up. The most interesting characters in the film were the mechanic alien and the little girl, both of whom had rather small roles. The teenagers were too much like brats, at times, and the parents were but caricatures. Without people that you really care about, the film just doesn’t work as well as it should.

Neutral
Neutral—My husband and I went to see this movie this afternoon with our 10 year old son. It was cute and the plot so-so; there were a few innuendos (mainly language but with no actual swear words uttered), not to mention crotch hits. The adults were portrayed as clueless for the most part but the movie did underline the need for loving relationships and the need for the generations to somehow meet in the middle. The boys really laughed and enjoyed it a lot and I chuckled some myself. Thankfully it wasn’t too gross either lol. It was a good way to spend a lazy, rainy afternoon! I might lean more toward recommending waiting until it came out on video.
My Ratings: Moral rating: Average / Moviemaking quality: 3

Kayel, age 46 (Canada)
Negative
Negative—“Aliens in the Attic” is a very typical, mostly unfunny movie that follows the traditional make-a-buck kids movie format with no deviations whatsoever—a cast of characters consisting of teenager unsure of who he is, innocent little girl, moody older sister, obnoxious cousin, video game obsessed kids, and clueless parents; add some pointless tension between father and son, sprinkle over a private house by the lake, add a conflict with a contrived reason why only the kids can solve it, and resolve it by having all the kids use their own individual abilities in increasingly comical ways. There’s not much of anything to see here.

There isn’t much of a plot, there are only two or three funny parts, and the aliens are far more obnoxious than they are interesting. The content isn’t too bad, though. I was surprised to see the rating this Web site gave it, because it’s honestly not far above the level of most other PG-rated family comedies. There are some very discreet innuendos that will fly right over kids’ heads, and plenty of guy-getting-hit-in-the-crotch jokes, and some revealing outfits, but honestly, it’s not too prevalent. That said, it’s just not a good movie, so why bother?
My Ratings: Moral rating: Better than Average / Moviemaking quality: 1½

Matt Triponey, age 18 (USA)
Comments from young people
Positive—The movie was awesome and here are some pros and cons:

Cons:
*Bethany (I think that’s the older girl’s name) used God’s name in vain once or twice *Many crude remarks by her boyfriend

Pros:
*There were a lot of funny parts in the movie
*It had pretty good special effects like zero-gravity
*There weren’t a lot of offensive things in the movie
*There was an alien that tried to help them save the planet I think the movie is worth the money
My Ratings: Moral rating: Better than Average / Moviemaking quality: 3½

Austin, age 11 (USA)
Positive—I enjoyed this movie much more than I did with “G-Force.” I believe that “Aliens in the Attic” was rather clean and funny. The bad word was very brief and came from a frustrated alien that was speaking fast. Most children will not pick it up. My brothers(ages 7 and 9 years) laughed throughout and liked it very much. I believe this family movie is a “Must See!”
My Ratings: Moral rating: Better than Average / Moviemaking quality: 4

Emily, age 11 (USA)
Positive—“Aliens in the Attic” is a good, clean, and funny family adventure. Families may find some things wrong with this movie, such as the brief mild language, a scene where a teen is shown in a bikini, teens sneaking out, lying, and changing grades. However, some the bad things are turned around. One alien turns out to be on the good side, and saves the world. The action violence could be to much for the youngest kids. There is also a gross out scene where Nana bites a kid and her dentures get caught on his arm. Overall, I found this movie funny, had a great story and for the most part, clean.
My Ratings: Moral rating: Average / Moviemaking quality: 4½

Ethan, age 11 (USA)
Comments from non-viewers
I’m so thankful for David Criswell’s review. I’m the father of seven boys. This was a movie we were going to take our kids to, but my wife, and I do not want to see a film that will convince our kids that being crude and sexually obsessed is normal and fun. Thanks David, we very much appreciate your help! Pastor Bob Enyart, Denver Bible Church