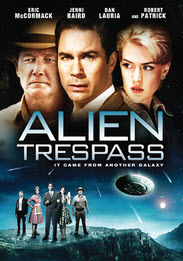 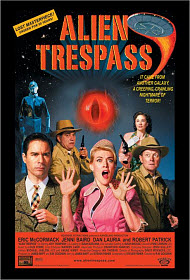 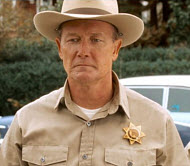 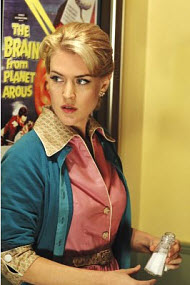 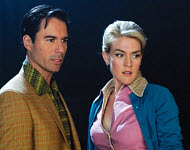 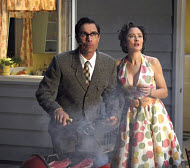 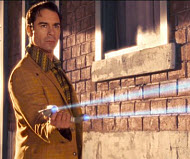 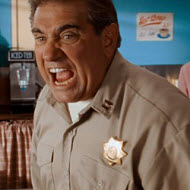 Questions and Answers about The Origin of Life Answer

Here’s what the distributor says about their film: “The story begins in 1957 in the star-filled skies above California’s Mojave Desert. It is a special night for noted astronomer Ted Lewis, who is preparing a special dinner for his beautiful, adoring wife Lana to celebrate their wedding anniversary. In another part of town, Tammy, a waitress at small local diner with big plans for the future, looks out her window and is excited to see a shooting star, which she takes as a good sign for her dreams. But, what Dr. Lewis and Tammy assume is a shooting star, is really an alien spaceship. The fiery ball hurtles toward earth and crash-lands on a butte in the desert.

The only witnesses are teens Dick and Penny who are necking in a nearby lover’s lane. A tall, metallic alien named Urp emerges from the craft unharmed, alarmed to discover that the monstrous Ghota, who was also on board, has escaped. The menacing one-eyed creature’s unquenchable appetite could mean the end of civilization as we know it. Urp is the only one who knows how to stop the hideous extra-terrestrial, but to do so he has to take over the body of Dr. Lewis and enlist the aid of Tammy, the only human in town willing to believe and trust in his mission. The local police—including Chief Dawson and Officer Vern—are confirmed skeptics and offer little help. Together, Urp and Tammy must hunt down the Ghota and neutralize it before it consumes all the local inhabitants and uses the human fuel to multiply and conquer the world!”

Positive—This movie is just like watching a 1950’s sci-fi movie. I was mildly entertained. The introduction was the most entertaining part. The acting was done to model the old 50’s monster movies as well. The PG rating was accurate. Overall, it was fun, but not a “top seller.” I liked “Galaxy Quest” a lot more.
My Ratings: Moral rating: Average / Moviemaking quality: 4

Todd McCarthy, Variety
…a sincere attempt to make a film that looks like one of those 1950s B movies where a monster from outer space terrorizes a town, which was almost always in the desert. … obviously a labor of love. But why? Is there a demand for cheesy 1950s sci-fi movies not met by the existing supply?…

Roger Ebert, Chicago Sun-Times
…you’ve got to be my age, i.e., old, to appreciate “Alien Trespass.”… this is "homage to a different time when a scary movie was not about blood and guts, but about monsters in $20 rubber suits. … It’s goofy, funny and will bring back memories for those old enough to remember.

Jean Lowerison, San Diego Metropolitan Magazine
…a humorous homage to the low-budget 1950s sci-fi films we wish they still made, films like “It Came From Outer Space” and “The Blob.” …Script keeps “Alien” from taking off with laughs… in this film, the script, not the Earth, stands still. …

Jackie Loohauis-Bennett, Milwaukee, Wisconsin Journal Sentinel
…Neither as terrifying as the movies it’s channeling were meant to be in their time nor as funny as a pure sendup would have been, “Alien Trespass” falls into an awkward neither fish nor foul, extraterrestrial nor human, middle. …

Cary Darling, The Dallas Morning News
…retro escapist fun. It really doesn’t try to be anything more than that. …Instead of poking fun at the campiness of 1950s movies such as “The Day the Earth Stood Still” and “Plan 9 From Outer Space,” longtime “X-Files” producer R.W. Goodwin seeks to remind audiences of all the positive qualities of those films—including likable characters, earnest messages and violence that mostly stays off screen. This isn’t a remake or even an homage. “Alien Trespass” looks and feels like a movie that was made in a different time. …