also known as “Arlen Faber,” “The Dream of the Romans”
MPA Rating: 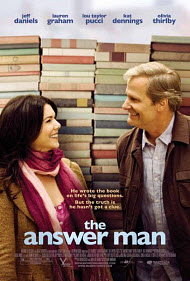 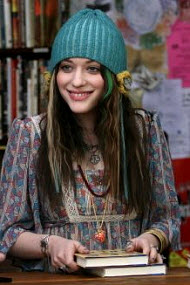 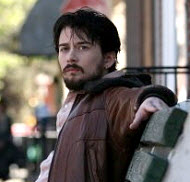 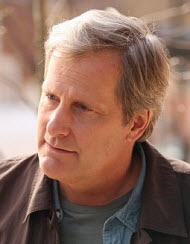 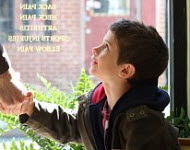 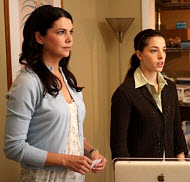 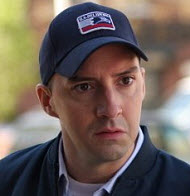 “He wrote the book on life’s big questions. But the truth is he hasn’t got a clue.”

Here’s what the distributor says about their film: “Everyone wants to meet Arlen Faber, the world famous author of the best-selling spiritual book Me and God, but crotchety, disgruntled Arlen simply wants to be left alone—and so far he’s been successful in keeping his identity a secret. But all that changes when troubled bookstore owner Kris Lucas discovers his home address and barters books for Arlen’s words of wisdom, and a back injury leads the reclusive writer to begin dating chiropractor and overprotective single mother Elizabeth. As Arlen’s relationships with his newfound friends begin to grow, he must come to terms with his past and the realization that he doesn’t hold all the answers.

From first-time director John Hindman, comes ‘The Answer Man,’ a romantic comedy starring Jeff Daniels (“The Squid and the Whale”), Lauren Graham (“Gilmore Girls”) and Lou Taylor Pucci (“Thumbsucker”). Arlen Faber (Daniels) is the reclusive author of Me and God, a book that has redefined spirituality for an entire generation and has been translated into over 100 languages. On the eve of the 20th anniversary of his still wildly popular book, Arlen is still sought after as the man who has all the answers.

Arlen’s life collides with Elizabeth (Graham), a single mom raising her seven year-old son, and Kris (Taylor Pucci), a young man fresh out of rehab who is searching for meaning. Both Elizabeth and Kris are hopeful that Arlen has the answers, but the truth is, he hasn’t got a clue. The film also stars Kat Dennings (“Nick and Norah’s Infinite Playlist”) and Olivia Thirlby (“Juno”).”

Movie Critics
…a diverting dramedy of human and spiritual connection… Though his film is a tad choppy and a lot chatty, Hindman elicits sympathetic performances from leads who demonstrate a deep understanding of movie physics. … [3/4]

Carrie Rickey, The Philadelphia Inquirer
…The strong New Age worldview mixed with strong foul language makes this a movie that requires much discernment and strong caution. …

Movieguide
…Could have been awful, but Daniels sells it well…

David Wildman, The Boston Phoenix
…The movie offers scant plausibility of Faber having either the aura or personality to be such a successful self-help author,… the film’s exaggerated tone and sledgehammer style veers awkwardly between social satire and the comedy of cruelty. …

Patrick Z. McGavin, Screen International
…Amid the glib psychological disclosures, the movie offers bits of religious commentary, as when Arlen refers to fundamentalist interpretations of the book of Revelation as simply “a horror movie.” …The Answer Man’s philosophy owes more to Hollywood hokum than French existentialism. …

Mark Jenkins, National Public Radio
… I have one question for “The Answer Man”: How did you get made? …shopworn and utterly contrived romantic comedy… [1/4]…