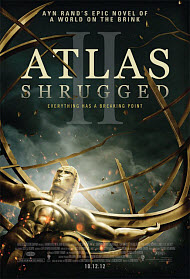 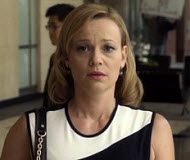 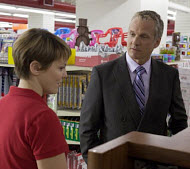 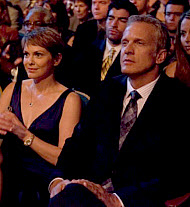 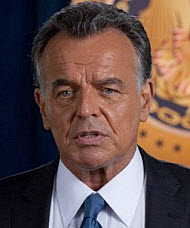 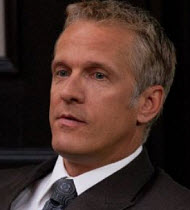 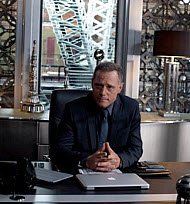 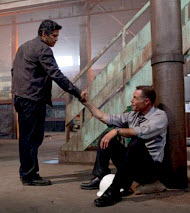 global economy on the brink of collapse

evils that plague our society

communist and socialist worldview vs. freedom, liberty, individualism, and capitalism

“Everything has a breaking point”

Atlas Shrugged” is a 1957 novel which is said to be to Socialism what George Orwell’s 1984 was to Communism. It is a dystopian future about a world where businesses are regulated and controlled by the government and the unintended consequences of suppressing innovation and free enterprise. The famed novel has been being made into a trilogy of films. This is the second part of the series.

For those who did not see part I, I will offer a brief summary. In the first part, the time is the near future. Government has been regulating industry and increases taxes on successful companies. Gas prices are so high that railroads have again become the main source of transportation, and one entrepreneur has found a new metal that is stronger, cheaper, and lasts longer than others, allowing them to build the Taggart railroad lines. In the meantime, all the worlds” top entrepreneurs, artists, and scientists are disappearing. The only clue to their disappearance is the enigmatic phrase, “Who is John Galt?” At the end of part one, the owner of a major company faces a government takeover of his business. He disappears that very day, but his factory is burned to the ground, and a large sign is left reading, “I left it as I found it. Take it. It is yours now.”

Part II picks up where the last one left off. Now the government has enacted the “Fair Share Law” which regulates not only the prices that businesses may charge, but also who they can sell to. Henry Rearden openly defies the new law with support from his lover Dagny Taggart. Together they attempt to turn the tide of the growing socialist government, while more and more entrepreneurs disappear. However, the economic crisis hits a head with $40 gasoline prices and soaring unemployment. Now government has declared “economic martial law” in which businesses are told exactly how much goods to produce (no more, and no less), how much to charge, and all salaries and jobs are frozen. No one is even allowed to resign, under penalty of law. Dagny Taggart believes that she has had enough and attempts to flee when disaster strikes her company under government control. She sets out to find out what happened, and is lead into a confrontation with John Galt.

Now, in terms of filmmaking, “Atlas Shrugged” is average fare. The directing is okay, but cannot lift the script, which appears to stick too close to the book. While this will please fans of Ayn Rand, it is not always good for a film. It makes the film talky, even preachy, and has the feel of a stage play at times. The story, itself, helps to elevate the film, but the choice of making this a three part series makes the film drag. I felt as if I was watching a remake of Part I. The two parts could easily have been merged into a single film without loosing much substance. Sometimes it is good to be faithful to a book (as in “The Lord of the Rings”), but other times it is doom (as with the “Dune” films). Movies are a visual form of art. Books are not necessarily visual.

Atlas Shrugged is an example. Most of the story appears to take place in board rooms and behind locked doors. This could work as a film, but, as made, it has mixed results which will appeal most to fans of Ayn Rand.

This leads to weighty subject of Ayn Rand’s philosophy. This is a political movie, but it is also an anti-religious film, to a degree. Ayn Rand was an atheist and Darwinist who viewed Capitalism as synonymous with Social Darwinism. She saw this as a good thing. She hails the triumph of hedonism and selfishness. This philosophy actually hampers much of what she is saying about the dangers of socialism. Indeed, her predictions about socialism are astounding and even prophetic. The term “fair share law,” for example, is not a pot shot at Obama, but found in her book written before Obama was born. It is therefore a timely prediction, among many other warnings (such as skyrocketting gas prices, high unemployment, and the buyout of private businesses by government). Unfortunately, her failure to understand Capitalism as our forefathers saw it only feeds fuel to the fire. It is more than a little ironic that socialists, communists, and Ayn Rand agree that Capitalism is about selfishness and social Darwinism. The only difference is that Ayn Rand saw this as a good thing. In fact, Capitalism existed centuries before Social Darwinism. Capitalism was about competition and, more importantly, about the right of each man to provide for his own family. Yes, family. God made us reproduce through families because it is family that binds us from one person to another. No government can care for strangers as well as a man’s family can. No government can replace a family, even a bad family.

From a Christian perspective, there are a number of problems with the film. The philosophy mentioned above is pervasive and part of the problem, but it is compounded in several scenes in particular. In one scene, the hero boast about the fact that he doesn’t care about “the common good” or anyone else. He praises selfishness and hedonism. He is a blatant adulterer who flaunts his affair in his wife’s face. Although there are no actual sex scenes in the film, there is ample adultery, more than ample cleavage shown on several occasions, and a negligee under which you can clearly see a nipple. In another scene, a heroic protagonist attacks the Bible verse (misquoted actually) about “the love of money is the root of all evil” (it is actually “much evil”). The protagonist argues that the love of money is good because money is a means of control. Of course, there is the insinuation here that government controls us because they control the money, but the inverse of this is that the protagonist should control people. Additionally, there is foul language on several occasions. The film is rated PG-13 and rightfully so.

The movie left me flat in several ways. I wanted to like the film. The increasing power of socialism and government control is disturbing to me. I have written on history and know that no socialist government has ever decreased poverty nor increased liberty. However, I am saddened by the fact that Ayn Rand’s alternative is to conflate Capitalism and Social Darwinism. The blatant promotion of hedonism, Neitzschism, selfishness, and a rejection of Jesus’s commands for love and compassion saddens me and harms the good messages which the film does have. I hope that Part III will provide some payoff, but I would recommend this film for DVD only.

Neutral
Neutral—Thank you to the original reviewer! You very much helped clarify my own thoughts and feelings, positive and negative about the film. I do think that the ideology of secular leftism, has and has been growing the exponentially these last few decades (at least) that this film, in spite of the fair faults you mentioned, would do far more good than harm.
My Ratings: Moral rating: Average / Moviemaking quality: 4½

John Henderson, age 45 (USA)
Negative
Negative—I rented this movie because I am a fan of capitalism without government interference. The movie did a great job promoting the free market while throwing socialism under the bus. My beef with the movie was the unrelenting sensuality. Women in this movie almost always are wearing a shirt showing cleavage in a very obvious attempt to “sex” the movie up. The newest James bond film had less inappropriately dressed women. I thought it was very stupid the directors went this direction.
My Ratings: Moral rating: Very Offensive / Moviemaking quality: 2½