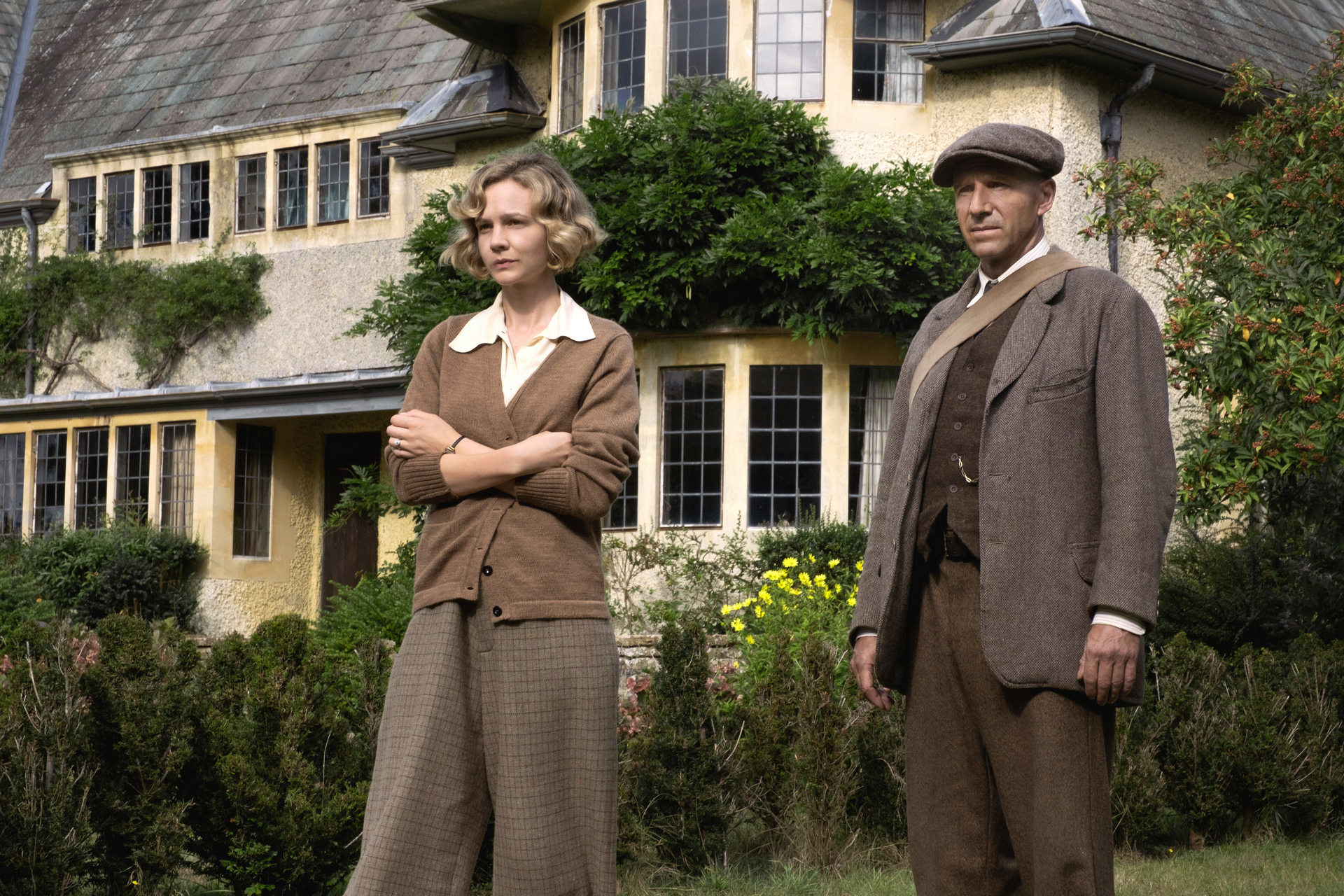 for brief sensuality and partial nudity. 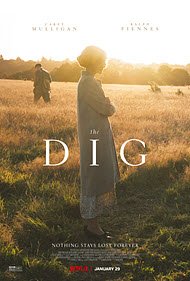 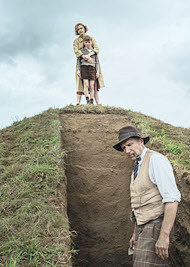 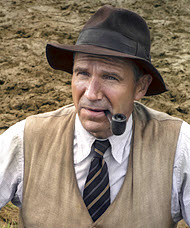 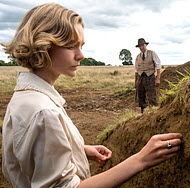 Learn about ARCHEOLOGY and the Bible

DEATH—Why does it exist? Answer

Does human life have meaning?

What is the true meaning of life? To glorify God, and to enjoy Him forever. The Word of God, which is contained in the Scriptures of the Old and New Testaments, is the only rule to direct us how we may glorify and enjoy Him. The Scriptures principally teach, what we are to believe concerning God, and what duty God requires of us. 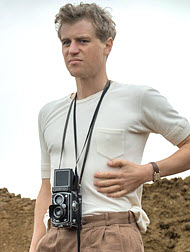 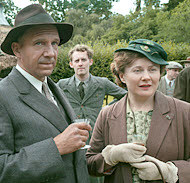 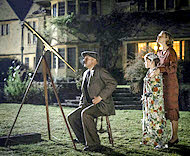 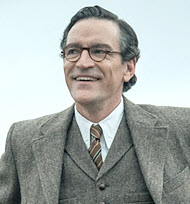 A gentle exploration of life and death, “The Dig” is a meaningful glimpse into the past that leaves its audience to ponder their own future.

English widow Edith Pretty (Carey Mulligan) “has an instinct” about the strange mounds on her country estate. She thinks there’s something there, awaiting discovery, and phones the British Museum to find out who could excavate them for her. They recommend Basil Brown (Ralph Fiennes), an unschooled amateur expert with a wealth of knowledge about the past who suggests she start on one of the smaller mounds, rather than the oblong one that first drew her attention.

While the world around them prepares for a possible war against Hitler, Edith and Basil hope to peer into the past through their archeological discoveries. Bonded by their shared love of excavation, the two souls dig into the earth—and after a cave-in, shift their attention to the oblong mound. Basil, too, now shares her belief it may contain historical finds. His eventual discovery is beyond their wildest imagination—a full ship lies beneath the earth—the burial mound of an ancient king or nobleman. Though the general assumption is Viking, Basil suspects it may be much, much older.

Its discovery coincides with a difficult time in Edith’s life, as she has discovered she may not live much longer. She finds a strange kinship in their dig, because it represents, to her, the fragility of life, and how we endure. Or how we fade into nothing. As she says, “We decay and disappear.” Life takes on more meaning when you are at its end. Edith longs to believe something of her will remain, to remind others she was once here.

Invigorated by their find, she sends for her cousin Rory Lomax (Johnny Flynn) to assist them. But the treasure they excavate out of the rich soil soon draws other, more interested ‘experts’ and their amateur diggers, among them Peggy Piggot (Lily James), a newly married but unhappy new archaeologist with a disinterested husband. He spends more time with the boys and their finds than her. And above them all looms the threat of war… and what it might mean for their discoveries.

Based on the novel of an individual involved in the excavation of Sutton Hoo (near Suffolk, England) in 1938, “The Dig” is a slow-moving story more about the relationships of its characters than the find itself. It surprised me that the script focused on such deep things as life after death, and how all life reaches its end, but it presents no answers. God is not part of the discussion, so these characters are hoping to find earthly recognition as a remembrance of them in their departure from this life—Edith, through her donations to the British Museum, and Basil in his desire to be remembered as the man who discovered the site and correctly guessed its age. Edith ponders whether it is right to dig up a grave, even if they find no bones, in a subtle contrast to her own approaching end and fear of meaninglessness. Death is not a topic most people want to think about, but it awaits us all at the end of our individual journeys. It’s a path we must all take alone.

Christians believe in life after death, that our soul goes either to Heaven or to Hell. Scripture reminds us not to waste time building up earthly treasures, because we cannot take them with us.

The bones of the king buried beneath Sutton Hoo have long since decayed and fallen to dust, but the treasures he hoped to carry with him into the next world remain for future generations to find. It’s the soul that matters to the Lord, more than any actions to receive praise in this life. In that aspect, while I appreciated the film pondering deeper questions, I also longed to comfort Edith in her sorrow and wonderings about the “nothingness” that awaits her, and reassure her that she matters to her Heavenly Father not for her discoveries but because she has worth as one of His creations.

When you die, are you headed for eternal Paradise or eternal pain?

The film’s fictionalized account differs from the actual history of the excavation; the real Mrs. Pretty was in her fifties, but casting Carey Mulligan (33) makes her gradual decline in health harder to bear, because she still has so much life left to live and a young son who needs her. She is luminous. Ralph Fiennes is as wonderful as usual, as a soft-spoken but stubborn character with a strangely ‘distant’ relationship to his own wife. The two leads need each other, and form a meaningful friendship devoid of romance. It’s nice to see a platonic, nonsexual friendship between adults.

Their mature friendship makes the romance between Peggy and Rory (Lily James and Johnny Flynn) seem unnecessary. He draws her through kindness, and she soon shares her hopes and dreams with him, through her love of archeology. At first, she resists temptation, and then gives into it, because Edith tells her they should not be afraid to live, to “seize what life offers us” (that is also not the Christian view of morality; it is not dependent on situation, but upon what is moral).

Peggy leaves her one-sided marriage, drops her wedding ring in the forest, and winds up with Rory, at least for one night. She is the reason for the PG-13 rating; we see her in a tub, showing a lot of skin. She attempts to seduce her husband by lowering her robe—we see her bare back—but he pushes her away. The implication, through this scene and others in which he is friendly to men, is he is Gay, and married to cover up his inclinations. At the film’s end, we see Rory and Peggy making love in an old ruin. It’s a brief shot that backtracks away without showing us too much, but there is some movement. And… since she is still married, it is clearly adultery.

There is not much else problematic to an adult audience—no bad language to speak of, and the only violence comes is a cave-in that almost suffocates a man.

It’s strange that such a slow-moving period piece could be so touching, but “The Dig” is about much more than the excavation of a remarkable find. It’s about the people that surround it, and what they left behind.