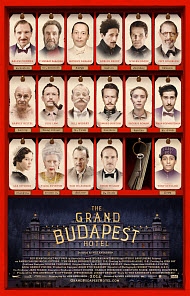 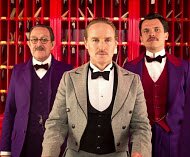 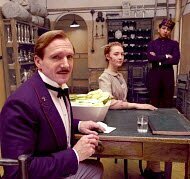 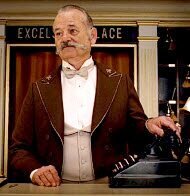 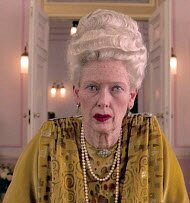 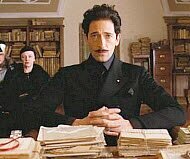 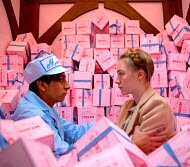 PURITY—Should I save sex for marriage? Answer lust and fornication in the Bible What are the consequences of sexual immorality? Answer

Learn how to make your love the best it can be. Christian answers to questions about sex, marriage, sexual addictions, and more. Valuable resources for Christian couples, singles and pastors. thieves in the Bible: theft, robbery, the two thieves stealing murder
“Boy with Apple” When I saw the cast list for “The Grand Budapest Hotel,” there was no question that I wanted to see this film. The story opens with a young girl with a book titled you guessed it, The Grand Budapest Hotel. She glances up to a bust statue of the author of the book. We soon hear the narration of the story within a story. Tom Wilkinson (author) recounts his visit and encounter with a mysterious man rumored to be the owner of The Grand Budapest Hotel. This flashback begins a another story within the story within a story. The author is now played by Jude Law. The man invites the author to a dinner to tell the author of how he acquired his fortune and the hotel. This dinner flashes back and establishes yet another storyline. The man retells his story of humble beginnings as a bellboy in the hotel and his supervisor, mentor and friend Gustave H. (Ralph Fiennes)—a womanizing player who “befriends” rich, old, blond women and teaches his protégé all the ropes of running the hotel, until one of his old ladies dies under strange circumstances, leaving him a priceless Renaissance painting: “Boy with Apple.” This causes the family of the deceased woman to do whatever it takes to keep the family fortune to themselves. Let me start with the multiple story-lines, they were simple to follow. However, the basis for the story-lines were pretentious and unnecessary. I felt the writers were trying too hard to make the film intricate, the plot was good enough without that. Moving on to the acting, two words “Top Shelf”! Every actor was on the top of their game, there were no small parts, every character was important and essential to this methodical plot. I must mention the cinematography, it was ingenious—looking like a dollhouse come to life, with the unreal realistic view of the landscape. It was visually entertaining like a Broadway play or a beautifully conducted orchestra. That being said, there is a reason why this film is rated R. First, it is surprising violent; I wasn’t expecting that much violence. Next, would have to be the blasphemy and foul language. All the positive visual aspects, were overshadowed by the objectionable content. It’s difficult to draw any spiritual truths from this film. There is a real attempt to redeem the lead character, persona. This attempt comes at the end, and does bring the story to a meaningful conclusion. However, with everything you see, the message of the film is somewhat untoward. As for recommendation, the choice is yours, but if you want an uplifting film with biblical foundational truth look elsewhere. Violence: Heavy to extreme / Profanity: Heavy—“G*d-d*mn” (8), “Dear God” (2), “Swear to God” (2), hell (2), damn (3), f-words (11), s-words (6), “pr*ck,” ass (3), a**hole, SOB (3) / Sex/Nudity: Heavy

Positive
Positive—This is a brilliant, artistic film. Obviously not meant for children, but older teens and adults may really enjoy this piece. Every moment of the movie is like a carefully crafted painting, the story is unique, and the acting is superb. There’s a lot of excellence to behold in this movie.
My Ratings: Moral rating: Better than Average / Moviemaking quality: 5
Hannah, age 20 (USA)
Positive—Stylistically, this could be one of the most beautiful movies of the last 50 years. Every shot was stunning. The characters were brilliantly unique and the dialog witty. The plot was historically a bit interesting, but, out of everything, the story is the weakest link. Wes Anderson isn’t renowned for his stories, but, rather, the atmosphere he conjures, and, I’ll be honest, this atmosphere was magnificent.

Morally, the movie depicts a few seconds of oral sex- female on male. I posted this review for the sole reason of letting people aware of this fact. While other comments classify this film with an “average” or higher moral rating and “meant for adults,” I think oral sex moves into at least the “offensive” realm. I’m not passing judgment on the act itself, but I would be incredibly uncomfortable watching this film with a parent.
My Ratings: Moral rating: Offensive / Moviemaking quality: 4
Scott P, age 48 (USA)
Positive—What a wonderful movie! A joy to watch. Cinematography, art direction, acting and script are all masterful. Language was a bit rough in places, but in a fallen world you can expect that in a non Christian movie. I’d be focusing on the artistic gifts of the movie creators if looking for biblical truths in this movie. A must watch for art house movie lovers.
My Ratings: Moral rating: Average / Moviemaking quality: 5
Grant, age 39 (USA)
Positive—This is an unusual film for U.S. audiences, heavy on style and visual artistry and a salute to a bygone era of the old Europe and the European Grand Hotel, told from a whimsical and often humorous point of view, but also with a sense of melancholy where the destructive side of Europe’s twentieth century, with Nazis, Communists and the privations of war and disease always present.

The film is held together by Ralph Fiennes” turn as the master concierge who runs the grand hotel to the highest standards of the business, which also includes some perfumed vanity as well as romancing the rich old ladies the hotel attracts. His sidekick Zero is the “lobby boy,” a refugee learning the hotel business from the bottom up while being foil and straightman to Fiennes. The plot involves the murder of one of the rich old ladies by her uptight scheming relatives, and various intrigues about her various wills which end up benefiting Fiennes. See all »

He is framed for the murder and eventually escapes in a zany if unexpectedly violent jailbreak. A secret society of concierges helps him escape to a mountaintop monastery and eventually back to the hotel which has been commandeered by an occupying army, all of whom come out firing at an opportune moment. In this comedy mystery, there is no doubt who the good guys are and who the bad guys are. The film has been described as a piece of delicious fluff like the European pastries concocted by Zero’s beloved Agatha, but if so its moral content can be no worse than average.

These is some cussing, and some violence mostly perpetrated by William Dafoe as a thug in Frankenstein garb. Some might be less amused by the scene in the monastery where DaFoe bumps off a key witness in the confessional.

And, of course, the Grande Hotel, like old Europe and today, was not a totally upstanding place. However, this is a stylish and well acted film, not for fans of superhero action films or romantic comedies, but with the look and feel of an art film.
My Ratings: Moral rating: Average / Moviemaking quality: 4
Stanley Hirtle, age 70 (USA)
Comments from young people
Positive—“The Grand Budapest Hotel” is another quirky, hilarious, and heartfelt masterpiece from Wes Anderson with a brilliant performance from Ralph Fiennes. It is sure to be one of the best movies of 2014.
My Ratings: Moral rating: Average / Moviemaking quality: 4½
C, age 16 (USA)
Positive—This is film is art. Wes Anderson is awesome. Outstanding movie. Must see this; it is worth it.
My Ratings: Moral rating: none / Moviemaking quality: 5
Sergio De La Cruz Ramirez, age 17 (Guatemala)
Movie Critics
…“The Grand Budapest Hotel” offers a cinematic staycation… For Anderson’s army of acolytes, “The Grand Budapest Hotel” is a lovely place to bunk, with hauntingly familiar music lulling them to Dreamland. … not as emotionally radiant as Anderson’s previous gem… “Moonrise Kingdom.”
Joe Williams, St. Louis Post-Dispatch
…It’s a lovely film, steeped in a vanished world, and if it doesn’t quite tap the emotional depths of “Moonrise Kingdom,” it offers countless delights of its own. …
Ty Burr, The Boston Globe
…No reservations… delightful… a rich Viennese pastry of a film which is a salute to a world gone by — not only old, pre-war Europe but old pre-code Hollywood. …
Stephen Whitty, The Star-Ledger (New Jersey)
…another captivating Wes Anderson destination… [3½]
Duane Dudek, Milwaukee Journal Sentinel
…This stylized and vibrant caper is Wes Anderson's most ambitious, mesmerizing and complex tale yet. … It's a mature, intricately layered visual delight. … [3½/4]
Claudia Puig, USA Today
…deeply pleasurable immersion… This delirious operetta-farce is an eerily detailed and very funny work from the savant virtuoso of American indie cinema, Wes Anderson. …
Peter Bradshaw, The Guardian (UK)
…in Wes Anderson’s typical style of entertaining storytelling (stressing colorful, well-developed characters), but it’s marred by lewd content, foul language, and violence. …
Ted Baehr, Movieguide
…a very humanistic parable that seems in line with today’s breezy view of homosexuality and lacks any regard for God or those in the audience who reverence Him. …
Phil Boatwright, Preview Family Movie and TV Review