The Oogieloves in the BIG Balloon Adventure 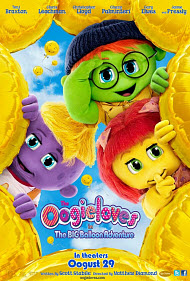 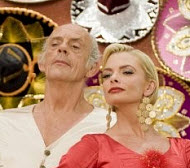 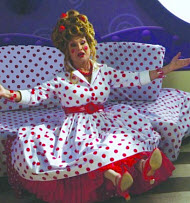 Adventures in the rainforest! Learn about the Creator of the universe by exploring His marvelous creation. Fun for the whole family with games, activities, stories, answers to children’s questions, color pages, and more! One of the Web’s first and most popular Christian Web sites for children. Nonprofit, evangelical, nondenominational.
id

Oogilove siblings Goobie, Toofie and Zoozie are planning a surprise party for their friend, Schluffy. When 5 magic balloons are accidentally let go by J. Edgar, the vacuum, the Oogiloves must find each balloon before their pillow friend wakes from his nap.

Searching for the balloons takes the Oogiloves on 5 different adventures where they meet new and interesting characters who have happened across the balloons. They sing and dance, as they figure out how to work together to get back the balloons.

What makes this movie a bit different than the usual children’s fare is the novel idea to incorporate specified times for children to stand up and join the characters in movement and dance. It makes the film interactive. Butterflies flutter across the bottom of the screen when children are to stand up, and then turtles amble across when it’s time to sit down. I rented this movie, so I don’t know how many children got up to do the moves in the theater, but, at times, I felt like a yo yo as my 5 year old had me up and down every time the butterflies came on screen.

The movie is much like it’s predecessors in that the characters are large, costumed and brightly colored characters. Friends include a talking vacuum, talking fish, baby pillow and Windy Window which transforms into a smiling face who lets people know what she is able to see. I like that every time we see Windy Window, her curtains are done in a different fashion or color, representing a different hairstyle. Most adults won’t enjoy the film, as it’s clearly targeted for young children. However, there are numerous cameos by well known actors such as Christopher Lloyd, Jaime Pressly, Toni Braxton, Cary Elwes, Cloris Leachman and Chazz Palminteri.

Even though the audience for this film is preschoolers and kindergartners, there is some content that can be seen as objectionable. Toofie’s pants repeatedly fall down in the film, and the characters say “Goofie Toofie pick up your pants,” and the audience is encouraged to say it along with the characters. I don’t think it’s necessary to have a character in a child’s film lose their pants and have boxers shown. Certainly, there could have been some other silly thing the writers could have thought up. In addition, I did not care for Toni Braxton’s character Rosalie. She’s quite the diva who speaks in a breathy voice, and when she sings, she changes into a lovely gown that shows too much cleavage for a children’s program. She also makes the comment that she thought the balloon was a gift from the gods to her for her beautiful voice. Also, Jamie Presley kisses the fish in one scene and exclaims “Holy Mackerel,” after an overdramatized reaction to the kiss.

Friendship and working together are positive lessons taught in this film. Windy Window also reassures J. Edgar that everything will be okay, after he let go of the balloons.

My initial reaction to this film was one of dread. It’s not a family film, it’s a children’s film, and, as I stated before, most adults will not find it fun, but young children will. I would say children 6 and younger are the audience. Any older and they will not enjoy the film. That said, I think it is fun for kids to jump up and move along with the characters, and that alone makes this movie different from others in the same genre. If you are not opposed to the above mentioned objections in content, it might be a fun movie for your little ones.

Violence: None / Profanity: None / Sex/Nudity: Minor