for some sexuality, violence and language. 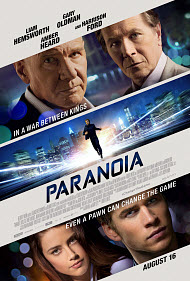 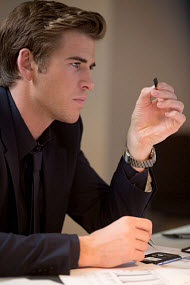 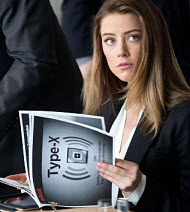 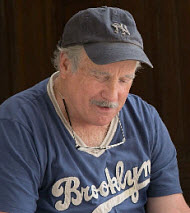 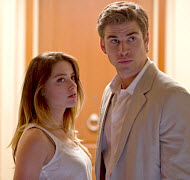 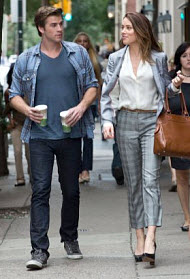 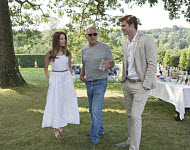 courage to do the right thing despite great pressure

“In a war between kings, even a pawn can change the game.”

It isn’t such a happy place, really. Sure, the lights do look a little brighter from the other side of the bridge. The cars appear shinier. The accommodations swankier. Even the money looks a little greener.

Too bad it’s all naught but a thin veneer covering over an upper class underworld polluted by the lies, trickery, and deceit of greedy One Percenters. Or so “Paranoia” asks us to believe.

Adam Cassidy is a young man with dreams of reaching the upper echelon of the smartphone industry. Unfortunately for Adam, his would-be ascent has been hampered by a menial, entry-level desk job, the emotional scars of his mother’s untimely death, and a sudden avalanche of medical bills that come courtesy of his working class father’s battle with emphysema… I mean, that come from an unfair reduction of Adam’s insurance benefits by a greedy, uncaring corporate entity, excuse me.

What’s a young man who’s hard up for cash supposed to do when he’s offered seven figures to commit a little corporate fraud and espionage? When he’s gifted the opportunity to take care of his bills and live life in the upper crust? When he’s given a chance to get cozy with the “enemy's” sexy marketing exec? He can’t just say, “No.” It’s what he’s always wanted.

So he says “Yes,” and promptly winds up neck deep in the middle of a hate-fueled, casualty-filled personal feud between two cantankerous egomaniacs—Harrison Ford and Gary Oldman filling roles that make for the movie’s brightest moments. It’s definitely more than Adam bargained for, and it’s certainly not what he thought he always wanted.

Faced with a seemingly-impenetrable wall on one side and a nearly-unstoppable force on the other, Adam is left with no choice but to take them both down in one fell swoop. Which, in this case, is easier done than said.

Language: For a movie so preoccupied with wealth, it’s refreshing that there is less than two dimes worth of profanity to sort through. However, that doesn’t mean it’s completely devoid of harsh language. An f-word is spit out loud and clear during a tense moment, and “sh*t” is dropped a half-dozen times. The “lesser” curse words barely break that same mark when added together, and God and Jesus’ name are abused three times.

Sexual Content: Sex is talked about and implied in several instances throughout the movie. Adam and Emma’s relationship is a sexual one from its inception, as they sleep together immediately after first meeting and dancing sensually together at a club. It’s implied that two of Adam’s friends, Kevin and Allison, hook up that same night and begin an ongoing sexual relationship. After a brusque first morning-after, Adam and Emma do eventually wind up together again, and we watch as they kiss and caress and undress each other while the camera lingers on as much bare skin as it can without exposing them entirely. A couple characters, both male and female, are seen showering and with only towels draped around them. In this same vein, Adam is shown sans shirt more than a few times before the credits role. Several couples kiss passionately.

Violent Content: Infrequent and less-than-intense, the violent content in the movie is more bark than bite. Several individuals get pushed around, down, and knocked over. Adam finds himself on the receiving end of threats of violence and death on a semi-regular basis, but never comes to more harm than a twisted arm and a bruised ego. One man is threatened at gun point, and we look on as another man winds up on the wrong end of a hit-and-run. A few punches are thrown, and a security guard is knocked unconscious after a brief struggle with his assailant. A man grips a woman’s arm viciously before sending his “muscle” off to (presumably) make her disappear.

Drug/Alcohol Content: Several scenes take place inside clubs, bars, and restaurants where alcohol is both enjoyed and abused. A group of friends spend a wild night, filled with wine and shots, at an exclusive night club. A girl makes a crack about the kind of guys she is attracted to when she drinks. Adam’s dad has emphysema that is a result of a lifetime of smoking, and it is said that he still hasn’t quit the habit.

Morals/Themes: Let’s get the most obvious theme out of the way up front. “Paranoia” is nothing if not heavy-handed in its portrayal of corporate greed. This is a story tailor-made to appeal to the Occupy Wall Street crowd. It’s a fact that’s hard to ignore with Adam dropping lines like, “The lights always looked brighter across the bridge,” “I belong to a generation that saw its future stolen away,” and “We waited long enough. It was our turn. Our time to shine.”

After getting fired, one of Adam’s friends makes a sarcastic reference about arguing with God (i.e. the head of the company who just fired them). If we dig deep enough we find that one of the underlying morals at play echoes the truth of Numbers 32:23: “… be sure your sin will find you out.” In a world full of secrets and lies and power players that feel invulnerable, Harrison Ford’s character, Jock Goddard, puts voice to words that foreshadow his eventual downfall when he confides in Adam that humans are “never powerful enough to have control.”

Speaking of a lack of control, while there is a distinct lack of intensity inside the film, the security and privacy aspects of the film feel particularly relevant in light of the recent news surrounding the NSA and the public’s realization that there may not be such a thing as privacy anymore. This message is reinforced when Adam, after taking down the evil corporate monsters, reminds one of them, “someone’s always listening, Jock. Always.” It’s a theme that certainly resonates culturally and it gets enough play to leave viewers feeling uneasy even after leaving the theater. But I think it gives us a good opportunity to remember that “Some trust in chariots and some in horses, …but we trust in the name of the Lord our God” (Psalm 20:7)

Conclusion: “Paranoia” isn’t a terrible movie. It just isn’t a very good one. The acting is mostly serviceable, aside from Embeth Davidtz’s wooden take on a personality psychologist and Julian McMahon’s ham-handed turn as Oldman’s corporate enforcer/hitman. What’s sad is that the mostly-solid performances turned in by Oldman and Ford get cast aside in the finale as their characters are quickly morphed from menacing demigods into melodramatic caricatures. This is extra sad because they kept things interesting for a while, even as it became apparent that the movie itself was not actually interesting.

If you’ve seen the trailer for “Paranoia,” then let me assure you that you’ve already seen the better, more succinct version of the movie. If you are interested in catching the movie, but have not yet seen the trailer, save yourself some time and money by watching the trailer on YouTube. Every plot twist, save one, is outlined clearly in the trailer, and the one “twist” left unspoiled by the trailer falls flat because it’s already obvious and unimportant by the time it’s officially revealed.

As it stands, the movie feels like a missed opportunity. The framework in place makes us believe that there is a better movie lurking around the corner, but it never materializes, and what’s left feels empty and appears to have been cobbled together without much care. If you’re looking for a smart thriller, this is not the film you’ve been looking for. If you’ve been jonesing for an action movie with an edge, this is not that movie. If you like all things Harrison Ford/Gary Oldman/Liam Hemsworth/Amber Heard… well, then I’m sure you can find enough to like to make it worth your while. For what it’s worth, the content issues inside are relatively minor in comparison to other PG-13 films, but a highly sensual and cavalier approach to sex is concerning enough to leave most parent’s paranoid about the messages their teens would be soaking up during the movie’s run time.

Positive
Positive—This movie has a very specific moral. It’s not just a matter of good winning over evil. In the end, the man confesses that he knows what he did was wrong and doesn’t make excuses. On that note, it’s better than average.

Unfortunately, there is some obvious innuendo, so that’s a a few points against the moral quality. The language isn’t significant. I do recommend “Paranoia.” The acting is top-notch, and the visuals are spectacular. Even though it has some flaws along the way, its ultimate message is an excellent example. Well worth seeing at least once.
My Ratings: Moral rating: Average / Moviemaking quality: 4½