for strong bloody violence and language throughout, including some sexual references. 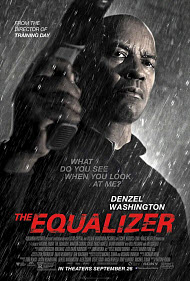 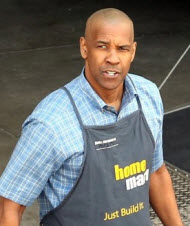 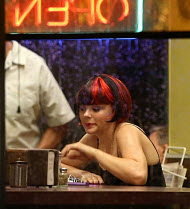 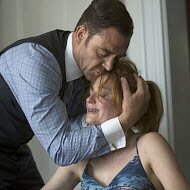 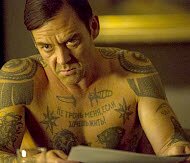 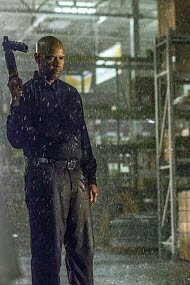 vigilante: taking the law into one’s own hands and attempting to provide justice according to one’s own understanding of right and wrong

From the viewpoint of a follower of Christ, evaluate these references made in the movie:
• you have to be who you are
• making wrong choices to get to the right place
• the importance of discovering one’s primary purpose in life

This film does not rate high for me. I find Denzel Washington more predictable than perhaps ever. For the most part, this film is classic Denzel—action, humor, wit, solid good guy vs. solid bad guy. The acting is decent, but this film is drawn out and reads more like seven TV shows than a film. If you would prefer to simply know the potentially objectionable content and judge the quality for yourself, skip my next paragraph and go straight to the “Violence, Sexuality, Profanity” section.

Why I tired of this film before the first hour was over may well be because I’ve seen so much of Denzel’s wit in other movies. His decisive and cunning macho dealings are well on par with that of Bruce Willis and Mel Gibson in their action roles. Unfortunately, for whatever reason, whether it is familiarity or just slow moving scenes, I find Denzel predictable, and I find the scenes drawn out—painfully drawn out. There are some great build-ups. And then there are some more build-ups. And then more. This film had more ups and downs than the hydraulic arm of a Saudi oil pump. Every 25 minutes, I felt like I had watched another film. By the end, I felt like I had watched seven films and been glued to my chair for three or more hours. That’s quite a discrepancy for a 2 hour and 11 minute film.

I will admit that the first half of “The Equalizer” is better than the second. There were some very hopeful moments. It gave promise and dumped her head-first on the floor. This film in its parts is good action, in its parts it is dramatic and contains some witty one-liners, in its parts it contains some solid motivations for justice and some cool effects, but no book or film or artwork is a bundle of parts. As a whole, this film embodies the term violence and revenge ad-nauseam (Latin for “until you puke”).

Violence: Probably the most disturbing violence in the film is a woman being strangled. At least that’s more frustrating for a man (cough) than seeing bad guys impaled by tree trimmers, nail guns, drills and various implements of destruction, all of which, and more, exist in this film. Is the violence senseless? Well, it serves a purpose; it’s always a just-desserts situation. However, it is lengthy, it is at times 8/10 gory, it is drawn out, it is repetitive, exhaustive, a bit numbing, and a little tiresome. In-fact it extends almost comically beyond the plot, as if more a dream-like portrayal of violence than one of experts in action. As a fan of the Bourne trilogy and “Shooter,” it takes no small amount of violence to produce such and opinion in me.

Sexuality: A hooker plays a key role in the film. She is dressed with relative modesty, and she acts modestly. There is no sexuality from her or other women in the film. There is a scene where a man is shown in the shower. His lower torso is shown and part of his butt from the back. There are vulgar sexual comments, other prostitutes, cleavage, a shirtless man, vulgar sexual comments, and a Web page showing prostitutes in lingerie.

Profanity: You name it—f-bombs, combination f-bombs (over 80), various blasphemies, this move is full of them—“G*d-d*mn,” OMG, “Swear to God.”

Positive
Positive—I have to say I was on the fence about seeing this movie. But I like Denzel Washington, and the moral messages that have been part of his movies. That said, this being an R—rated movie, I was not sure whether I would have to get up and walk out. As I watched this movie, I found from the start that there was coarse language and violence (to be expected), but the tone of the film was good. It showed what was evil and what we could consider to be good, and it did not glorify people doing what was bad or evil. I felt that the spiritual tone and moral message of this film were good.

While I would not suggest the movie for those easily offended by strong language, I would recommend this movie. The desire of Denzel Washington’s character to protect the innocent, mistreated, and abused was admirable. Certainly it is not recommended to be a vigilante, but it was clear that Denzel’s character took the actions he did out of a sense of trying to do what is right. His mentoring of others and sowing good into people’s lives is evident throughout the movie. See all »
The quality of the characters is unusually good for this genre of action movie. For those who can handle the intense action and some (though not excessive) language, I would recommend this movie as one with a good moral undertone and message.
My Ratings: Moral rating: Average / Moviemaking quality: 4½

John, age 40 (USA)
Neutral
Neutral—I had so much expectations for this film, and was waiting for ages, but when I saw the film it was one of my biggest disappointments. I was a fan of the “Equalizer” series with Edward Woodward, and a big fan of Denzel Washington. The series has nothing to do with the film except the protagonist name, and the movie was very slow paced—often dragging. The worst thing is it’s illogical and unreasonable, Robert McCall in this movie is a Black Ops veteran but that doesn’t make him bullet-proof and a phantom, especially in Russia (!).

The movie has no Christian elements or message to offer, like “Flight” and “Equalizer” are the worst Denzel Washington movies I have seen. So much potential this, the concept of Equalizer had, but it is destroyed by a weak script along with wasted talents.
My Ratings: Moral rating: Extremely Offensive / Moviemaking quality: 3½

Cyril Thomas, age 32 (United Kingdom)
Neutral—Interesting movie. Very highly developed scenes of moral retribution. The graphic violence was gratuitous and became almost numbing by the end of the movie. Denzel is calculating, driven and hardened, as he executes the bad guys for about 70 minutes of the movie. Typical of this type of “moral payback” movie platform using extreme violence that we’ve seen Mel Gibson and Liam Neeson perform; we find that Denzel matches them in ferocity and cunning.

The fatal flaw of this well produced and directed movie, is not the fault of the fine acting, but is entirely laid at the feet of bad editing… In other words, the movie is too long, much too long, and there are useless scenes that, had they been deleted—perhaps 20 minutes worth, then this movie would have been tightened and found its mark. As it is, you are, on one hand, watching a fairly engrossing violent movie with a message, yet, the message just never seems to end, and, in the final analysis, the movie is too long and numbing, when it could have been a really stand out example of this genre.
My Ratings: Moral rating: Offensive / Moviemaking quality: 3½

Fastguitars, age 54 (USA)
Negative
Negative—I enjoyed the first half of the film. A sensitive, caring Denzel Washington helps those who are in need. But in the second half he goes into a phone booth and “Superman” Denzel appears. He is INDESTRUCTIBLE! I’m surprised they didn’t make him walk on water. I like Denzel, but he disappointed me by accepting this script, because it’s simply unbelievable—especially the ending where bad guys with automatic rifles that have night sights and silencers hunt him in a Home Depot type store. ***SPOILER*** He kills the first bad guy and then leaves the bad guy’s rifle and ammo on the floor proceeding to kill the others with tools from off the store’s shelves. Really! ***END SPOILER***

Save your money.
My Ratings: Moral rating: Average / Moviemaking quality: 2½

Leonardo, age 72 (USA)
Negative—The DVD movie was so dark, you didn’t know what you were watching half the time. Definitely took away from the movie.
My Ratings: Moral rating: Average / Moviemaking quality: 1