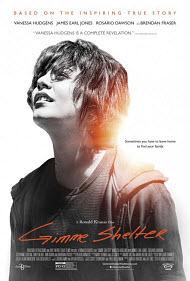 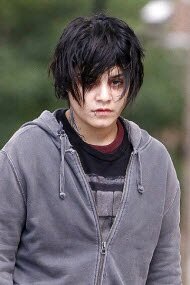 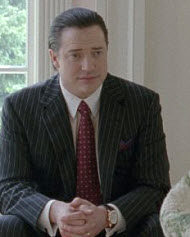 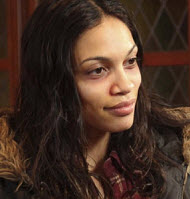 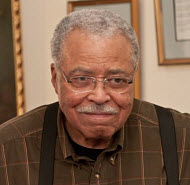 Sinful behavior, instead of goodness and righteousness

Being pressured to have an abortion

Shelters that provide care for the most vulnerable among us—pregnant and destitute young teenagers who all want a second chance, and who want nothing more than to become loving mothers

The shelter depicted is based on those of Kathy DiFiore (a former abused wife and homeless mom), the woman who founded the Catholic Several Sources Shelters (New Jersey).

“an inspiring film about the sanctity of life and redemption”

Everyone who takes breathe has one thing in common. We all have hope—hope that we will get somewhere we are loved and accepted. That is the mission of Agnes “Apple” Bailey, played by Vanessa Hudgens, as she escapes her abusive and drug addicted mother to find her father. Once finding her quite wealthy father Tom Fritzpatrick, played by Brendan Fraser, she discovers she is pregnant, and her father’s family (his wife) pressures her into having an abortion. She refuses and takes to the streets after seeing a photo of her unborn baby. From there, her life becomes a struggle for survival, as it kind of was before, living on the streets only to find herself in a shelter for pregnant teens.

Let’s start off with this statement. Vanessa Hudgens deserves an Oscar®, Golden Globe or some kind of award for her portrayal of his bitter teen. Her very first scene, she butchers her hair with scissors in pure rage. Her appearance depicts the idea of feeling unworthy. In her mind, she isn’t of any value. Not even kidding, in the first 10 minutes, she is joked on by her mother, cursed at, gets attacked by her mother, and thrown out of a taxi. Once she meets her father and his family, she still gets “you’re beneath us” status as they mock her nickname and say she is weird and smells and, to top it all off, they tell her she isn’t fit to be a mother.

The film then gives us a terrible look at what some teens experience being homeless. There are scenes of her eating out of the trashcan, freezing in the rain and even breaking into a car to have some shelter from the weather. The turning point in the film is once she meets Father McCarthy, played by James Earl Jones. At this point she begins to understand her value… slowly.

So, needless to say, her life in her eyes seems pretty hopeless and terrible. The big question then arises, where is God in all of this suffering? It is a question that everyone asks themselves, and this includes Apple.

Through all her experiences, she sees that God has been setting up where he wants her to be. There is one emotional scene where Apple meets with McCarthy and tries to apologize for yelling, Father McCarthy shakes it off and asks her to read Jeremiah 29:11-13. She reads that God plans for her to have hope.

The relationship between both McCarthy and Apple is a neat and unique one. Though he is only in the film a handful of times, there just seems to be calmness when he and Apple are together. This could be good chemistry between characters or that it is James Earl Jones. But with that said, we aren’t given a lot on this character; all we know is that he is a hospital chaplain and isn’t easily offended. Nothing else. A little more insight into the character would’ve been nice.

The pace of the film should be noted. It works well but does rush into a lot of chaos; so when it begins to get calm, it is almost boring. It is like a dog that just full sprints outside then runs inside to just plop on the ground. Another issue is the scene settings. There are some scenes that are just there. Not anything is mentioned or explained or even apparently important. For example, after Apple arrives in the shelter the girls break into the basement after stealing the keys from the head house mother where they all look through clothes. Nothing else happens. One could say that the scene was to strengthen character development, but nothing happened. The following scene is done much better, as they share their history with one another.

Only two characters truly stand out. Hudgens performance stuns me. This was the girl who played in the “High School Musical” trilogy. She does a knockout job at transforming from a bitter angry teen to a happy, loving mother-to-be. The other is Fraser’s performance. Hear it here first, Fraser is underrated as an actor. His portrayal of a father who had everything and then is suddenly surprised by the arrival of his teenage daughter is spot on. He deals with real emotions on scene. You can see the struggle that takes place of him wanting to take Apple in, but the pressures from others. The confusion, concern, regrets; it’s all there on his face.

The issues of abortion are obviously here. It is wonderful to see that Apple not only chooses her child’s life but makes positive decisions concerning the baby’s well-being. For example, Cassandra (one of the girls at the shelter) asks Apple to leave with her and live in an apartment together. For Cassandra, the move is based on pride and independence, as a way to escape “being told what to do.” Apple’s decision deals with what is more important—her own pride or the well being of her child. That shows the progress that Apple is making.

One of the flaws of this movie is the number of unanswered questions. Here are a few: How did Apple’s mother (self defined born in the streets) and Tom (a potential college student) ever meet? Where is Apple’s baby’s daddy? Who is Apple’s baby daddy? Where does the change of heart for certain family members take place? Why is there a second house being built on Tom’s property? What happens to Apple’s mother? What happens with Cassandra after she leaves the shelter?

Concerning language, the word b*tch is used twice, Apple’s mother frequently calls Apple a whore and slut. D*mn it occurs once, and “who the h*ll” occurs once.

There isn’t much sexuality besides Apple’s mother’s dress in the beginning. There is also a vomitting scene.

“Gimme Shelter” is a film worth watching. It displays the hardships of children raised in abusive homes and where drugs are present, and it also shows the beauty of life along with a central theme of redemption. I recommend that viewers be no younger than 13.

Have questions about life before birth, or a woman’s choice about pregnancy and abortion? Visit our helpful online presentation, providing reliable answers to common and important questions.

Positive
Positive—This was a wonderfully made movie that digs into the depths of what many girls in society deal with when raised with a challenging and tough childhood. Vanessa Hudgens did a phenomenal job in portraying the hardships of a past that shaped her emotionally. This movie’s spiritual undertone is not in-your-face nor is it mocked. It found a perfect balance of hope and promise.

My wife and I enjoyed this movie thoroughly and would recommend this to anyone over the age of 16. We love that it was based on a true story and has a theme of pro life!
My Ratings: Moral rating: Good / Moviemaking quality: 5

Rex Reed, The New York Observer
…“Gimme Shelter” is anthing by a downer…

Stephen Schaefer, Boston Herald
…“Gimme Shelter” wants to make you see. It’s both based on real events and places… and told with the occasional, over-earnest attitude of a sermon. But it also features two real performances, and delivers a common but compelling story. …

Stephen Whitty, The Star-Ledger (New Jersey)
……an excellent drama… GIMME SHELTER is a very realistic movie with a strong Christian worldview that might serve as a good witness and good entertainment for teenagers and up. …

Ted Baehr, Movieguide
…Intended dramatic grit lands more squarely in the realm of after-school special… although a few of its sequences attain a certain streetwise naturalism…

Sheri Linden, The Hollywood Reporter
…a powerful message concerning the importance of life… It’s not an after-school TV special… It’s not lightweight. Nor does it give us a spoonful of sugar to make the medicine go down. Rather, “Gimme Shelter” slaps us in the face with brutal realities. …

Phil Boatwright, Preview Family Movie and TV Review
…a gritty, painfully grown-up depiction of teen pregnancy, abandonment, homelessness and child abuse. … it may be the most persuasively pro-life movie we've ever reviewed…

Paul Asay, Plugged In
…an unflinching, realistic feel right til the end when it turns into a Lifetime movie with a bow on top. …