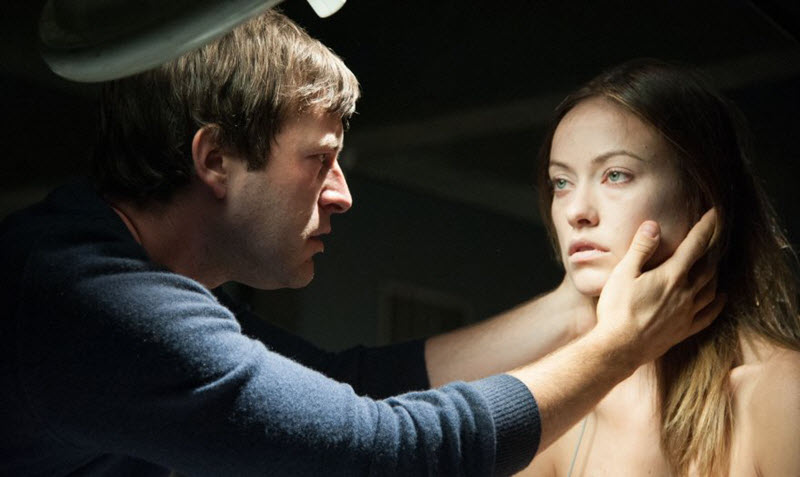 for intense sequences of horror violence, terror and some sexual references. 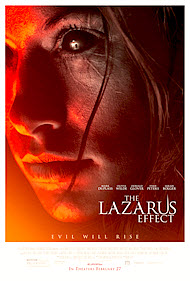 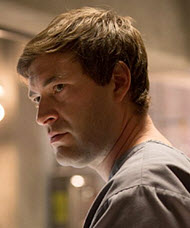 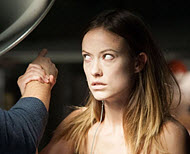 resurrection of the dead 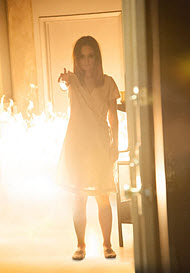 Frank, his fiancée Zoe, and a group of scientists have made the ultimate discovery. They have discovered how to bring the dead back to life. At first, all they are doing is bringing dead animals back to life. But things go from good to bad very quickly. During a second experiment on a deceased dog, Zoe is accidently electrocuted and instantly killed. Frank is distraught and injects Zoe with the Lazarus serum and electricity, and sure enough Zoe is brought back from the dead.

And the results of this unplanned experiment? Well… that’s for you to discover.

There’s not much to really say about the “Lazarus Effect.” It’s a horror movie, but it really isn’t a good one. The acting seems mediocre in parts, and the plot moves too slowly for a run time of 90 minutes. So slow, in fact, that as my guest and I were watching, I couldn’t help but overhear the whispered conversations from the many young adults who were in the theater.

The development is uneven, at times. The intense horror scenes don’t come until the very end of the film (no spoilers, I promise). The frightening moments, when they occur, are genuinely terrifying, yet somewhat clichéd, typical of other horror movies.

If you’re looking for “slasher-type” gore and blood, you won’t find it in “Lazarus Effect,” which is okay because that’s not what the filmmakers’ intentions were. As I said, the good is that this film contains many moments that genuinely made me jump. But, ultimately, there are too many cinematic elements that needed fixing before being released.

As I was watching, I found myself starting to accept the sci-fi concept of bringing the dead to life, “playing God” (as one character points out), seemed a little sac-religious, taking on God’s role, hinting that humans could balance the scales of life and death, is not our call, nor should it be. Is “Lazarus Effect” just a movie? Yes. Could people really do this? No, I don’t think this could ever happen. Yet with the growth in science and technology, you never know, and so this concept regarding life and death would be something to discuss with younger children, if you brought them, which I certainly DON’T recommend.

Violence: Heavy. Most of the violence consists of intense scenes of horror and terror. As I stated, there are many jump scenes. Toward the end, the horror does get intense, and this is where the “heavy” rating steps in. Characters are tossed around the room and killed, in disturbing manners (choked, crushed, necks are snapped). There are also some gross images during the opening credits. There are also scenes involving blood, and, as stated, Zoe is electrocuted.

Sex/Nudity: When Frank tries to resuscitate Zoe, he has to rip her shirt off to do so, and we see her in a bra. Frank and Zoe share a kiss.

Other: One character is seen throwing up. There’s a scene where the group of scientists discuss the theories around their experiment. Frank makes a sac-religious point about life and death and even pokes fun at Christianity’s stance on life and death.

When Zoe tells Frank what happened when she died, she says she believes she was sent to Hell. At one point, she states, “I did everything right. I spent my entire life trying to make up for that one mistake, and I still ended up in Hell!”

If Zoe had read her Bible thoroughly (she wears a cross, claiming to be a Christian), she would have known that it is not our actions that determine whether we will be in Heaven or in Hell. Salvation comes through repentance and faith in Christ Jesus. It is by His grace the believer is saved, not through human works. Truly believing in Him leads us to live for Him, the only source of our salvation and our only way to eternal life in Heaven. To reject Him means eternal death.

“For it is by grace you have been saved, through faith—and this is not from yourselves, it is the gift of God.” —Ephesians 2:8 (NIV)

“It is because of him that you are in Christ Jesus, who has become for us wisdom from God—that is, our righteousness, holiness and redemption.” -1 Corinthians 1:30 (NIV)

Oddly enough, I was rooting for “The Lazarus Effect” when walking in to the theater this evening. I was really hoping to enjoy the ride. But, frankly, your time is better spent elsewhere. While there are many genuine scares, it does not outweigh the amount of editing that needed to be done before being released to the public, and so I don’t recommend “The Lazarus Effect.” The violence and for some the concept of “playing God” will be enough to steer audiences away from this movie. If you do plan on seeing it, hire a sitter. It’s not for children. Perhaps some ideas in Hollywood should remain buried.

Negative
Negative—Hi! Just saw it today. Before the part where Zoe was brought back to life, I thought “okay, here we go again, another faith vs. science themed movie…” But the moment Zoe stated in tears that she did everything to make up for that one mistake when she was a kid, and she still ended up in hell… I was actually in awe. I thought, “whoa… maybe the writers were Christian.” Why? Because the story made sure that Zoe being a Catholic girl is clear in the movie, and, well, it is taught in Catholicism that you can be saved through good works and indulgences (for purging); that Mary is the other mediator between you and God. And the Bible is very clear that all of those ways were never His. It’s only through Jesus that we can be saved.

And so I looked up if the movie was some part of an anti-Catholic movement and guess what, I instead found this movie fearfully reviewed in some Catholic sites without any mention of the “good works” thing. All they could say in the movie is that you can’t play God, mess with Nature bla bla bla. No mention about the Biblical truth of doing good works. I guess they’re being careful, too, so to not get slammed about it. But sometimes it also feels like they refuse to see the truth—like they voluntarily choose to be blind, and it’s something I don’t really get.

I apologize if I sound frustrated. Anyway, overall, the movie was so-so. Thanks for reviewing this, too, I’m so lucky I stumbled upon a review with a Christian POV.
My Ratings: Moral rating: Average / Moviemaking quality: 3