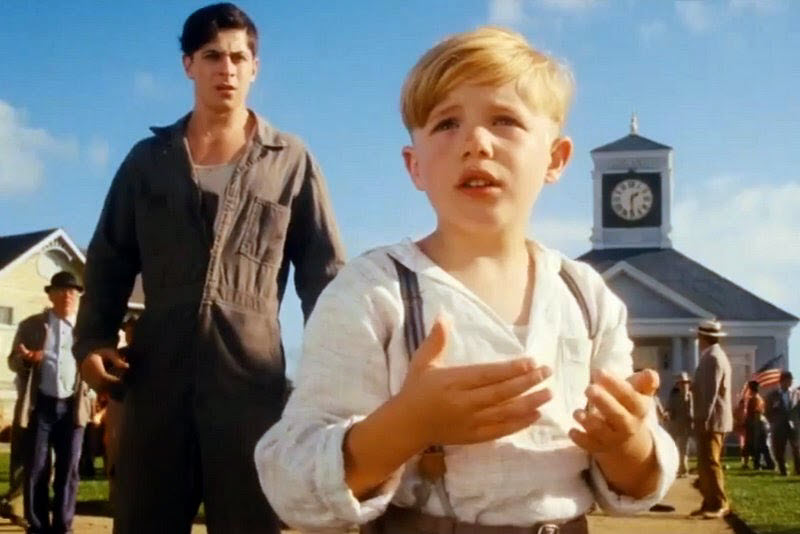 for some mature thematic material and violence. 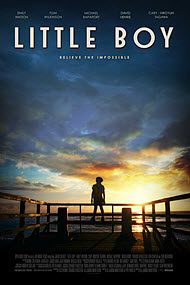 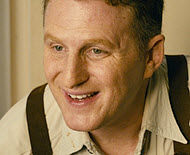 bullying and how to deal with bullies

xenophobia: “intense or irrational dislike or fear of people from other countries”

Is it logical to believe that the biblical miracles really happened? Answer

“Miracles are not possible,” some claim. Is this true? Answer 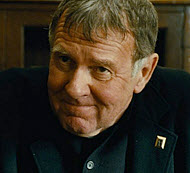 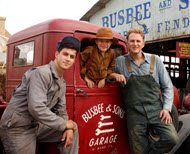 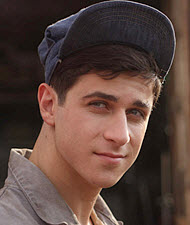 “Little Boy” is the latest film by Mark Burnett and Roma Downey, the Catholic producers who presented “Son of God” and the new “A.D.” miniseries. This new family oriented film is set in the 1940s during World War II and revolves around a little boy who wants to bring his father home from the war. He is told that faith can bring his father home, and so he begins to practice what he has been taught. The innocence of the boy offsets the fact that he obviously seems to think of faith as some sort of magic.

Early in the film, the little boy goes to see a magician who convinces him that he has the power to move objects without touching them. Later, a priest, played to perfection by Tom Wilkinson, asks the boy to move a wine glass on the priest’s desk. The boy hold out his hands, as if using a magic force, but the glass does not move. The priest tells him to try again. Again the boy tries, and the priest then picks up the glass and moves it for him. “That is how faith works.” God moved the glass because he asked Him to; not because he did it himself. He then gives the boy a list of good works that are supposed to represent faith, and the boy sets out to perform everything on the list.

Having seen the previews, I was somewhat reluctant to see the film. It is clear that a connection is made between a magic and faith. In terms of theology, the film is obviously flawed, but it is easy to forget its flaws for two reasons. First, the film is shown through the eyes of an innocent little boy. He is no theologian, so it is easy to forgive his ignorance of true faith. Second, the film is made with a charm and wit and humor that is almost magical in itself. Nevertheless, since this is a family film, it is important that families discuss faith with their children and insure that they do not get the same misperceptions about faith that are presented in this film.

First, it is ironic that a film about faith has no mention of the Lord Jesus Christ, even when He is being quoted. The priest correctly states that it is “God’s will” which is at issue, but the rest of the film fails to ask, as Jesus did, “your Will be done.” In this same vein, faith and works are intermingled. The debate over the relationship between faith and works goes back two thousand years and is at the core of differences between Protestants and Catholics, as well as within these groups.

The little boy performs tasks because he believes that this will bring his father home; not because he is truly seeking the will of God. Thirdly, when the boy gets a prayer answered he runs through town shouting “I did it! I did it!” Once again, it is easy to forgive the little boy, but less so the filmmaker, for it is not the boy who does it, but Jesus! Glory should always be to God and not to ourselves.

Now the critic will point out that this is a movie, and a movie about a little boy. I concede this point. Indeed, that is what makes the film so charming, despite its theological errors. It is a family film which is rare these days. In fact, there is little objectionable in the film at all. The only language is the repeated use of the word “Jap” which is considered a derogatory word for Japanese with whom we were at war at the time. There is the suggestion of infidelity as the doctor has intentions of swooning the little boy’s mother, but he is rebuffed. The only reason that the film received its undeserved PG-13 rating is because of the violence in the film. While there is ample violence to caution youngsters, it is not bloody or gory. There are many scenes of fisticuff from bullies and bigots, as well as several scenes of battle from World War II, yet never is the violence pervasive.

Now, along with the message of faith (misrepresented or not), the film also has a message about tolerance. A large subplot in the film is the story of a Japanese man (Hashimoto) who puts up with intolerance and hatred from the town. People look at him suspiciously as a traitor and spy for Japan. The little boy originally does not want to befriend Hashimoto at all, but does so because his “faith list” tells him to befriend his enemy. Eventually, they become friends and the little boy sticks up Hashimoto.

Overall, I was extremely pleased and pleasantly surprised by what turned out to be a truly charming family film. It is done with a little flourish of humor and campiness that allows me to forgive its flaws, and its less than perfect theology. Ultimately, “Little Boy” has proven to be one of my favorite films from this year; perhaps even my favorite. Do not take it too seriously, remember to explain to your children that true faith is about seeking God’s will (and not our own), and you will probably love “Little Boy.” It is refreshing to see a film that is uplifting, charming, and family oriented. I am glad I decided to see the movie.

Positive
Positive—My husband and I really enjoyed this movie. It was very heartwarming and showed the intense love between the father and son. I loved the innocence of the little boy, who was so willing to do what he needed to do to bring his father back from war. I wish that there were more movies like this.
My Ratings: Moral rating: Good / Moviemaking quality: 4

Angie, age 46 (USA)
Positive—My husband and I saw this film and loved it! We felt it was one of the most heart warming films we have seen in a long time. I highly recommend it.
My Ratings: Moral rating: Excellent! / Moviemaking quality: 4

Carol, age 77 (USA)
Positive—This was a delightful movie that kept me and my pocket book happy. I like it when I get my money’s worth. Good acting and good directing. Yes, it is produced by Catholics—their use of scripture is kind of off the wall. However, it has family values and moral content and a good story. An enjoyable movie. It was no more Catholic than “The Sound of Music,” which did not bother any of us.

The Christian Spotlight reviewer, on this move, did a good enough job for me that I don’t have to break the movie down. Now what really suprised me is it made you feel you were right there back then in the American forties. The good ole U.S. of A. I mean, it was an all American movie—in a town of all whites with one Japanese American. Here’s the rub to some of you, it was written by Mexicans, it was made in Mexico with mostly Mexican crew, had a Mexican cinematographer, and it was directed by a Mexican—yea this all American movie—Amazing!
My Ratings: Moral rating: Good / Moviemaking quality: 3

Robert Garcia, age 68 (USA)
Positive—I have watched this movie more than 4 times, and I am not tired of it; the love between son and father was amazing. Pepper is over cute. I told all my friends and family to watch the movie. The faith that little boy has is the biggest faith, it’s his faith that brings back his dad. “Little Boy” is my new favorite movie—five star.
My Ratings: Moral rating: Excellent! / Moviemaking quality: 5

Anna Newmei, age 22 (India)
Positive—This is a beautiful story with so many lessons hidden in it—such as the sincere respect between a Catholic priest and his friend, a non religious, Japanese American. I like how, after completing the list of works of mercy, Pepper, the main character, is told all his love for his father is contained in that list. This is a movie I would like to own and recommend to everyone.
My Ratings: Moral rating: Better than Average / Moviemaking quality: 5

Movie Critics
…“Little Boy” is a lesson, shiny and obvious, but it’s hardly spiritual in any meaningful sense…

Robert Abele, Los Angeles Times
…Not only does the storytelling suffer from sappiness overload and a cloying sense of predictability, but when one really thinks about the message she’s left to ponder, it becomes clear “Little Boy” isn’t quite the feel-good movie it’s trying so hard to be. …

Stephen Farber, The Hollywood Reporter
…tries to teach too many lessons… a cluttered weeper whose lessons might have stuck, had there been fewer of them. …

Roger Moore, Tribune News Service
…Though occasionally sticky sweet and not always subtle, it’s also a smart and very moving story about a young boy discovering the power and meaning of faith. …“Little Boy” presents a world that feels real but has room for magic, and it allows us, through Pepper, to decide how to live in it.

Rafer Guzmán, Long Island Newsday
…Faith-based WWII drama ‘Little Boy’ is anything but miraculous… will do nothing to repair the reputation of faith-based movies for being trite, clunky, preachy and predictable. … [1/4]

Kyle Smith, New York Post
…bogged down by overly sentimental plot lines such as the bitter bigotry and hatred shown towards Japanese living in the United States during World War II, a son’s guilt at not being able to serve his country, never ending bullying, misguided attempts to woo a possible war widow and the importance of faith. … [2/4]

Rick Bentley, The Fresno Bee
…A drearily sincere movie about faith and tolerance, Little Boy boasts plenty of good intentions but very little else. …“Little Boy” addresses racism and xenophobia with such simplicity that these toxic human tendencies lose all their power…