for intense sequences of violence and action, and for brief strong language. 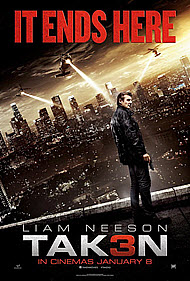 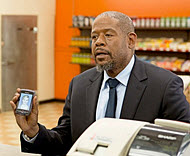 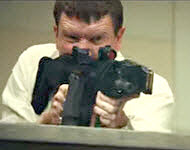 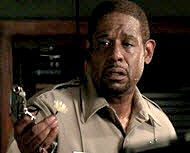 being consumed with rage

loss of a parent

pregnancy outside of marriage

When I first found out in the Fall that a third installment in the “Taken” series was to be released, I was fairly happy and excited, because I thought the ending to the previous film was rather lackluster. So I was looking forward to this film; that being said, I was rather disappointed in it. It came off as goofy, something that I assume they did not intend. At least, it was not as graphically violent as the commercials depicted.

The third and (supposedly) final installment in the film series follows Liam Neeson’s character Brian Mills who is framed for his ex-wife Lenore’s (Famke Janssen) murder after being found in his apartment. He then sets out to prove his innocence, while being tailed by the authorities, and protect his daughter Kim (Maggie Grace) from whomever it is that is truly responsible.

As fans of the series may already know, Brian Mills is highly loyal and protective of his family, which drives many of his actions (most of them are violent in nature). It is also because of these actions that he gains many enemies that continue to come out of the woodwork. In this film, the main antagonist is not “completely” revealed until roughly the second half of the film, which does add a good mystery factor. So the question throughout is, who would hurt Brian like this and frame him?

I found the film rather goofy (which was obviously not intended); there are many laughable moments, due to the film’s sloppy dialog, uneven plot structuring, and easy-to-spot references to the previous films” events and quotes (mainly when the phrase “I will find you, and I will kill you” is used several times). Though the action segments (mainly bloodless) and Neeson’s role do highlight the film, it is easily the weakest film in the series.

Violence: As an action movie, there is a lot of this; however, most of it is bloodless. There are many people shot and either killed or left for dead; many people are violently knocked unconscious when attempting to attack Brian, and (in an unsettling scene) an assailant kills himself by grabbing Brian’s gun and shooting in his open mouth. There are also several scenes of vehicles getting crushed and destroyed, mainly in one segment of a big highway pileup. There are also scenes featuring explosions (one in a parking garage, and another after a car rolls down a hill). There is also another unsettling scene where a man being interrogated gets tortured by suffocation through a wet cloth.

Coarse language is used throughout the film, including one use of the word f**k, about a dozen uses of s**t, at least 10 uses of G*d-d**n, God and Jesus’s name are used inappropriately, and several vulgarities, like a**hole, a**, and scumbag.

Sex: Infidelity is a topic lightly referenced in the film, as one married character starts questioning her life and begins to pursue an old spouse. Another subplot in the film is Brian’s daughter Kim finds out that she is pregnant with her boyfriend Jimmy (Jonny Weston)’s baby, something that she is not ready to reveal. ***SPOILER*** Near the end of the film, after Brian finds out, he tells Kim and Jimmy that whatever they choose, he will support them. It is not clear what he means by this, but it is implied that he could be talking about whether they will keep the baby. ***END SPOILER***

It is obvious that the film promotes loyalty to family.

“But if anyone does not provide for his relatives, and especially for members of his household, he has denied the faith and is worse than an unbeliever” (1 Timothy 5:8).

That being said, while the film does promote some family values, it is not a film worth watching with the family. I did enjoy the three films as a whole, but not individually. This is easily the weakest entry in this fan-favorite action series.

Positive
Taken 3 (2015)
Positive—The main character was a family man. He wanted to protect his daughter from the bad guys. My wife and I liked the movie. To my Russian friends, yes they have too many bad guys as Russians in Hollywood movies. Even Putin doesn’t like that, and I think he’s banning any American movies that portray Russians as the bad guys. And remember Putin is a Man’s man.

The movie had some cuss words; some were buried in the action. I didn’t pick up the one F-word that was in it. Yes, the movie would have been better without one cuss word, but Christians didn’t make this movie. If it were an R-rated movie, there would have been 20 times the cuss words. Discretion is your call. It was a connect the dots movie which made it interesting. Yes, an action movie with a story line to it. I do enjoy that the movie was about devotion to family.
My Ratings: Moral rating: none / Moviemaking quality: 3

Robert Garcia, age 67 (USA)
Positive—Be sure that your sin will find you out. Proverbs 17:11 An evil man seeks only rebellion, and a cruel messenger will be sent against him.
My Ratings: Moral rating: Better than Average / Moviemaking quality: 4

Icorigin, age 66 (USA)
Positive—One small technical error… Mr. Neeson is seen picking up a blue CIC (completely-in-the-canal) device and inserts the device into his right ear, and he does this twice. However, a blue CIC is for the left ear, and a red CIC is for the right ear. Makes for a great quiz for audiology students!
My Ratings: Moral rating: none / Moviemaking quality: 4½

Lila O'Neill, age 62 (Canada)
Positive—The film is very well done, and, to answer the question of the lunatic in the movie, she serves a valuable purpose—to show Christians how not to be, after all God wanted religious fruit, not religious nuts.
My Ratings: Moral rating: Excellent! / Moviemaking quality: 4

Dan, age Late 20’s (USA)
Negative
Negative—I loved the first “Taken” movie… liked the second. This one? They should have quit before making it. It’s nothing but a pale, weak shadow of the first movie. The plot is lacking, the scenes are not gripping, nothing is really believably on the line like in the first movie… Don’t waste your money. Go rewatch Taken 1, it’s a better use of time.
My Ratings: Moral rating: Average / Moviemaking quality: 1

Andrew, age 23 (USA)
Neutral—I didn’t finish this; it was simply too boring. It was boring for two reasons. One: like the reviewer said, it was goofy. Two: it’s a shameless rip-off of “The Fugitive.” Go watch that instead.