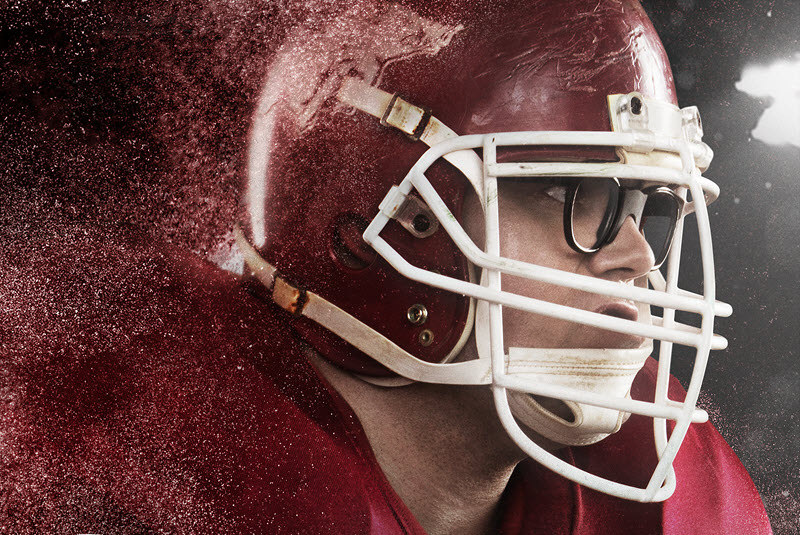 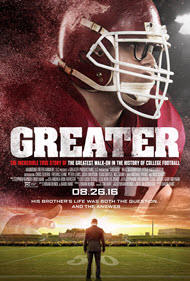 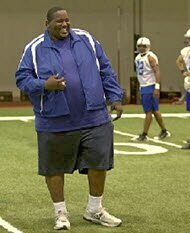 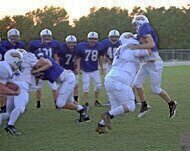 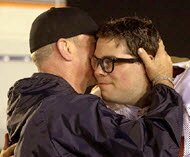 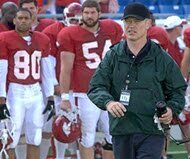 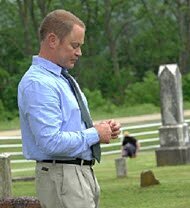 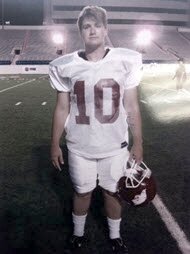 Here’s what the distributor says about their film: “Brandon Burlsworth is perhaps the greatest walk-on in the history of college football. Brandon dreamed of playing for the Arkansas Razorbacks, but was told he wasn’t good enough to play Division I ball. Undeterred, Brandon took a risk and walked on in 1994. Written off by fellow teammates and coaches, Brandon displayed dogged determination in the face of staggering odds. The awkward kid who once was an embarrassment to his teammates and an annoyance to his coaches, ended up becoming the most respected player in the history of the program, changing the lives of all he touched.

Brandon Burlsworth never cursed, drank or smoked, and he returned home every weekend of his college career to see his mother and attend church with his family. This was a guy who did everything ‘right.’

On April 28, 1999, on a lonely Arkansas highway, a wreck claimed the life of a young man who was bound for glory in the NFL. Brandon Burlsworth, widely considered the greatest walk-on in the history of college football, was a man of hard work, integrity, and commitment, who took no short cuts in life. He was a shining example of a fleeting life lived well. Burlsworth's astonishing physical, mental, and spiritual gifts made him the kind of player that opponents are afraid to line up against. An almost unreal blend of power and speed, Brandon wanted to be the best.

Brandon was not born with the athletic gifts that are normally required to reach the elite levels of football. Though he desperately wanted to fulfill his dream of playing Division 1 ball, nobody would give him a chance and he failed to receive any D-1 scholarship offers. Risking everything to walk-on at the University of Arkansas, Burlsworth worked harder than anybody else, on or off the field. He would eventually become the first Razorback to earn a master's degree while playing football, achieved first-team All-American honors, and in 1999 was drafted by the Indianapolis Colts and expected to be a first-year starter and anchor the Colts' line for the next dozen years.

Brandon's trademark black glasses has inspired children for over 15 years to live by Brandon's motto, ‘Do things the right way.’ Since his passing, the University of Arkansas has honored the Burls’ Kids, a non profit charity, at an Arkansas Razorback home football game.”

Related book: Through the Eyes of a Champion - The Brandon Burlsworth Story by Jeff Kinley (New Leaf Press: 1 September 2001)

Positive
Positive—I strongly recommend that you see this film. One of the best films that my wife and I have seen in a very long time. Don’t understand its limited distribution… folks are really missing out!
Tom Joeckel (USA)
Movie Critics
…a triumphant, satisfying tale of overcoming long odds. But it's also a tragic story of an amazing life cut short… Greater treads off the beaten sports-movie path into deeper philosophical and spiritual questions. It refuses to give a pat answer to why bad things happen to good people. …[4/5]
Adam R. Holz, Plugged In
…an appealing underdog saga… A fine cast… undeniably touching… The movie’s length is excessive…
Noel Murray, Los Angeles Times
…better than expected… hits the mark for audiences longing for faith-friendly content. …[3/5]
Hannah Goodwy, CBN
On paper, “Greater” has all the right elements for a successful Christian movie. But these qualities never quite find their harmony, resulting in a lackluster entry to the ever-growing faith-in-football genre. …[2/5]
Ryan Duncan, Crosswalk
…David Hunt’s exhausting film runs over two hours and adheres to a kitchen-sink ethos of sports tropes and spiritual asides. I had to stop myself from actively making mental notes on where he needed to cut it. …[2/5]
Josh Kupecki, The Austin Chronicle
…a one-note sermon… An insistent, clunky sermon about triumph through faith, David Hunt’s film is so determined to turn its subject into a Christ-like saint that it loses any sense of him as an actual flesh-and-blood man…
Nick Schager, Variety