for drug use and language. 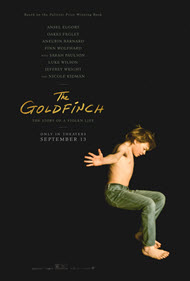 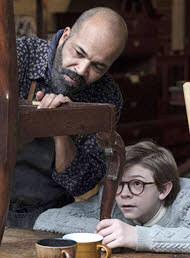 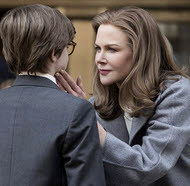 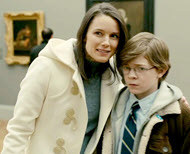 A boy coming of age 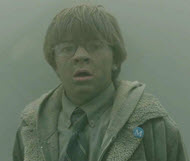 Feeling profoundly alone in the world

Finding true, satisfying and profound hope in this dark world…

Discover God’s promise for all people—told beautifully and clearly from the beginning. Discover The HOPE! Watch it on Christian Answers—full-length motion picture.
Issue of pain and suffering

ORIGIN OF BAD THINGS—Why are they in our world if a loving Creator made us? Answer 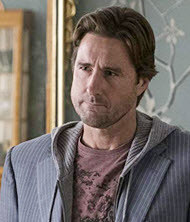 Selling fake antiques / What is LYING and deception? Answer 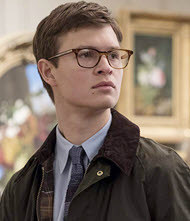 The importance of making restitution for sinful actions

Doing what is truly good and right 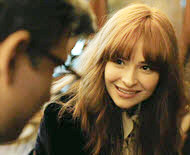 What is LOVE—a feeling, an emotion, or an action? Answer

“The story of a stolen life.” 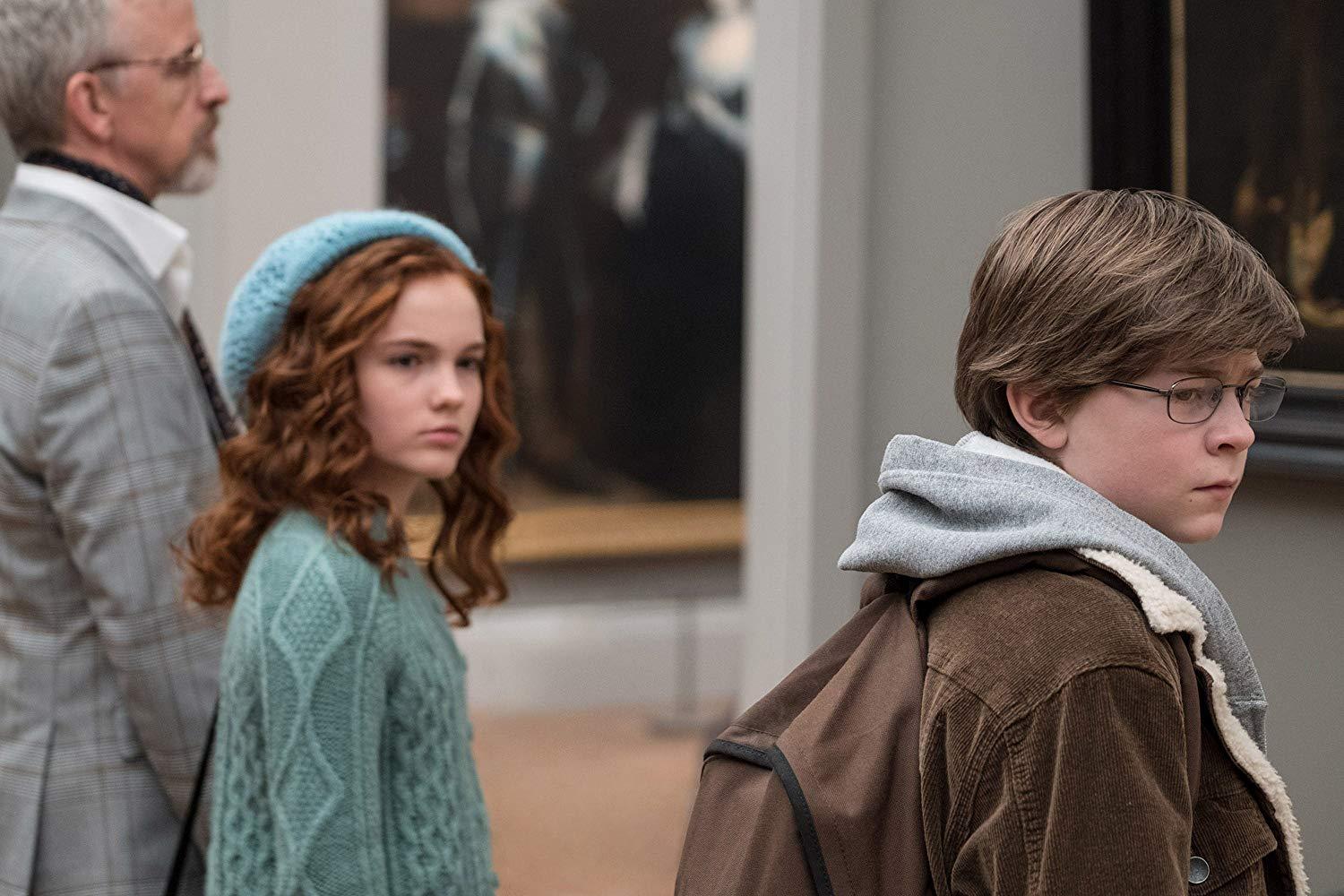 This film is based on a bestselling novel by Donna Tartt.

For many of us, the events and circumstances that happen around us largely impact who we are meant to be and who we end up becoming. This is certainly the case for Theodore Decker (nicknamed “Theo”), who is the unfortunate young victim of a terrorist bombing on the Manhattan Metropolitan Museum in New York City.

With his mother killed in the explosion and his father absent from the picture entirely, Theo asks, interestingly, to go and live with the rather wealthy family, the Barbers, for the time being. Even in the life of luxury though, Theo still suffers conflicting thoughts and emotions: guilt, fear, anxiety, and hesitation.

But Theo also holds a secret: moments after the blast at the museum, one of the artists (who briefly survives the blasts before passing) instructs young Theo to take care of his most cherished painting, “The Goldfinch,” and ensure no harm comes to it, no matter what it takes, and to also take his prized ring and seek his business partner, an antiques restorer, Hobie, in New York City.

Theo, hesitantly, takes both the painting and the ring. He hides the painting safe away from prying eyes for years and meets up with Hobie, befriending a young girl named Pippa, and becoming invested and working alongside Hobie in the antiques-restoration business.

“The Goldfinch” is a tale that reminds us that if we aren’t careful, the circumstances of our lives can keep us stagnant, much like the Goldfinch in the painting.

I really had to sit down after viewing this film and do a solemn, hard reflection on what I thought. Many of the various issues “The Goldfinch” touches upon, for all its beauty (and trust me, like the bird itself, there is a beauty to be found in this film. More on that later), the film at times touches upon some highly sensitive issues (much like the most recent remake of “A Star Is Born” did) with large amounts of gravity, some which will likely disturb viewers (see the content section below).

Artistically, the film is beautiful. Taron Egerton’s performance as the older Theo is balanced and effective, but the actor to REALLY be on the lookout for—the one who really steals the film, is one that, at the beginning and for the first half of the film doesn’t have much dialog, and that is Oakes Fegley, who plays young Theo. He brings such a level of guilt, pain and struggle to his character that I sympathized and felt for this boy who, essentially, lost everything in the blink of an eye. I see great things in store for this young actor in the future.

Additionally, while there are a couple moments (mainly the third act) where the pacing seems a bit off, the film never feels like it overstays its welcome. If anything, there are some things I wish the film had clarified before it finished. But, honestly, these aren’t MAJOR things that detract greatly from the film.

Now, while there is much to be commended, there is much to criticize. The most disturbing moments (which will be listed below as well) are when we witness young children cursing, smoking (cigarettes and illegal substances), snorting prescription drugs (not prescribed to them either) and drinking alcohol multiple times throughout the film. This GREATLY detracts from the film (even though I understand why it is there for the character’s purpose).

Violence: Heavy. A child is seen being mercilessly beaten by his father with a golf club. We witness the full explosion of the museum with people blown around. In the aftermath, we discover corpses lying on the museum grounds, some with missing limbs. Characters are shot and killed. In flashbacks, people are threatened with guns. Someone overdoses on medication in an attempt to commit suicide. A character lays out pills on a counter; suicide is implied. A child is slapped a couple of times by adults. Another character is slapped in the face. A character is seen pushing his friend onto the floor. It is mentioned that two characters were tossed overboard during a storm and drowned. A character is said to have died in a drunk driving accident.

Sexual Content/Dialog: Very Heavy. A son asks his family who he has to bl*w to get some coffee (he is reprimanded). Theo’s friend, Boris, implies to Theo that he’d like to have sex with Theo’s dad’s girlfriend, Xandra (who, obviously, is far too old for him, but we find out later that he in fact did). Boris is seen looking lustfully at Xandra. Theo strips down to his underwear to swim in his dad’s swimming pool (very brief). We see Theo wake up in bed with his fiancee; she is in a nightgown.

Nudity: Xandra wears revealing clothing, including a small bikini. There is a painting at that shows full frontal female nudity, with genitals, breasts, and other accompanying details (the camera does not linger on this though).

Other: Someone is seen washing blood off of their clothes.

The most prevalent theme that stood out to me in this film is the idea of how we define ourselves through our experiences. In psychology class, we called it Nature versus Nurture). Theo, in the film, allows his experiences to define his existence in both positive and negative manners (though we see a larger amount of the negatives on screen). While our experiences do define us to a certain degree, it is how we handle each experience that helps us become who God intends us to be. And the best way to manage each experience is to bring them before the Lord, good or bad. God uses any and all experiences for his purpose, according to His plan.

“For I know the plans I have for you,” declares the LORD, “plans to prosper you and not to harm you, plans to give you hope and a future.” —Jeremiah 29:11

And we know that in all things God works for the good of those who love him, who have been called according to his purpose. —Romans 8: 28

Now devote your heart and soul to seeking the LORD your God. … —1 Chronicles 22:19 excerpt

“The Goldfinch” has a lot going for it, cinematically. If it wasn’t for the abundant amount of vulgarity, profanity, drug and alcohol content that is displayed (to add insult to injury, this all being done by children!), I would recommend this film, as it brings a lot to the table for discussion regarding grief, guilt and self-definition. As it stands, though, I definitely cannot recommend “The Goldfinch” to Christians. Please do not take children to this film either. In other words, like the Goldfinch itself, fly very far away from this film.