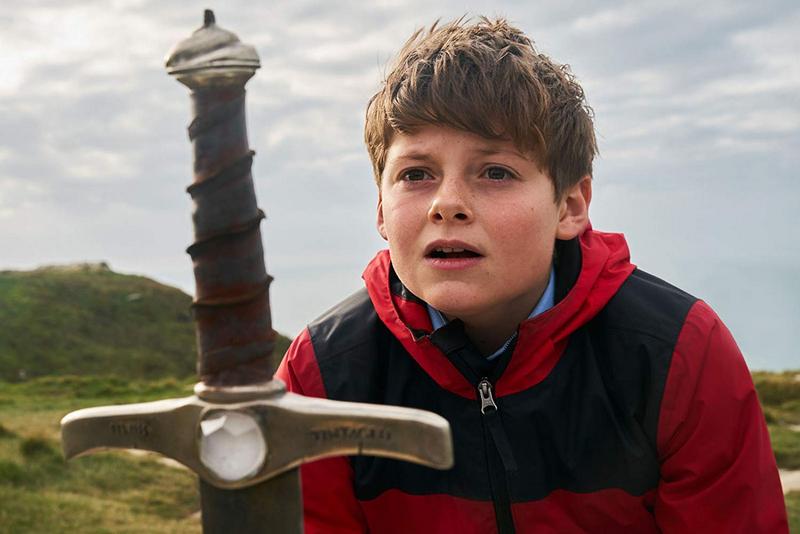 The Kid Who Would be King

for fantasy action violence, scary images, thematic elements including some bullying, and language. 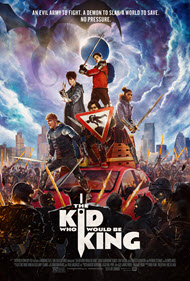 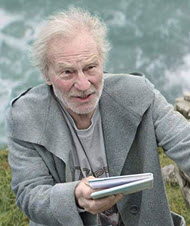 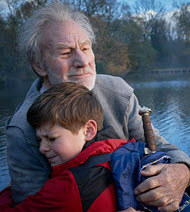 What is a demon? Answer

Importance of perseverance (Note: the Bible talks about the “perseverance of the saints”) 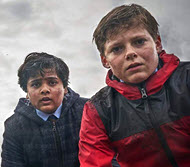 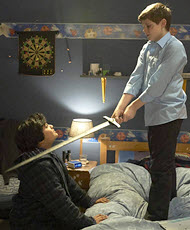 Swords in the Bible 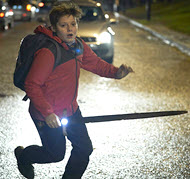 “An evil army to fight. A demon to slay. A world to save. No pressure.”

On the outside, Alex might be your ordinary, everyday 12-year old. He’s smart, funny, and deals with typical middle school pressure. Comedic best friend? Check. Bullies that don’t want him around? Check. Possible end of the world coming? Who would think he could be prepared for that?

One evening, while hiding from bullies, Alex stumbles across Excalibur, the sword of legend. Of course, upon pulling it out of the stone, he thinks it’s some YouTube prank. However, things get even more weird when an interesting older teenager named Mertin comes to town. He starts watching Alex closely, and later reveals himself to be the wizard Merlin. He tells Alex that only he can be the one to defeat the evil Morgana (Rebecca Ferguson), who is set to rise from the underworld and wreak vengeance on earth.

There’s a lot to really enjoy in this movie. First of all, the story is nicely-done. It felt like it was a “rite of passage” while also adding in elements of a “hero’s journey” here and there. It also doesn’t resort to formulaic plot points like other “young hero” movies do. A few interesting twists in the story are very nicely-executed, and also add some surprising emotional heft too.

As Alex, Louis Serkis (son of director and actor Andy Serkis) gives a breakout performance. There are moments where you genuinely feel for what he’s going through. The rest of the young cast is great also. Ferguson is a great choice for the villainess, but she’s a bit restrained. Patrick Stewart makes a few memorable appearances also. Besides that, this isn’t a movie that sells based on its starpower.

The film’s storybook beginning is a highlight, with some excellent hand-drawn animation. Besides that, the visual effects are occasionally over-the-top. But they do have their dazzling moments as well. The film’s pacing is a small issue, with some action scenes lasting longer than they should. But, it doesn’t detract from the overall fun.

The film puts a strong emphasis on the “chivalric code”. For those that are familiar with medieval history, the code actually has its roots in the Christian church. The four rules Merlin mentions are, “Honor those you love”, “Refrain from wanton offense” (which means don’t swear, be rude or nasty), “speak the truth”, and “persevere until the end”. These are all positive, moral, and even Biblical lessons. And these lessons provide tests for Alex and the rest of the gang throughout their journey.

With that code in mind, one interesting thing that happens is that Merlin acts shocked that the world has become so unlike the knights of previous generations. At the same time, the world is depicted as divided and leaderless. For believers that watch the movie, it’s not difficult to think of this as similar to the fact that the world is slowly turning further and further away from God and Biblical values. Morgana warns that she would return when man’s hearts would “become hollow, have no purpose to cling to, and no righteousness to claim.” This interestingly represents how mankind becomes lost without God playing a strong role in society.

When Alex learns of a surprising family secret, his first response is to not be forgiving towards his mother. As time passes, he figures out that only forgiving and being truthful with his mother is the only way he can make things right. In the meantime, he comes to understand that his mother sacrificed a lot for him in his father’s absence. The Bible clearly warns us in Matthew 6 of what happens if we choose not to forgive.

Meanwhile, Alex works consistently to bring two enemies along on his journey. Lance and Kaye, along with Alex and his best friend, Bedders, learn to put aside their differences and work together to save their land.

Violence: This is a major area of concern for younger kids. There are a handful of action scenes. The overall intensity remains in PG territory for the most part, but there are some frightening images. Zombie warriors (of sorts) rise from the ground to swordfight Alex and his friends on a few occasions. However, no one ends up seriously hurt by the end of these battles and it’s pretty much bloodless. The warriors are engulfed in flames, which may prove to scare children. Many of these warriors are slashed and destroyed by the heroes. Morgana shapeshifts into a couple of scary creatures as well. We see fleeting images of multiple skulls in her lair. In dragon form, Morgana creates a tornado of destruction.

Alex stabs Morgana once. A dragon’s head is decapitated at one point (digitally). A car window is shattered open and cars crash (mildly) at the end of one scene. Merlin (in bird form) smashes against a window. The opening scene shows Morgana in her dragonesque form attacking and later being sucked into a dungeon. In one other scene, trees come to life to spar with Alex and his friends for training purposes. Later, Morgana causes vines to come up out of the ground and nearly pull the kids into the ground.

Drugs or Alcohol: We learn that Alex’s dad left his family due to being a heavy drinker and “facing his own demons”.

Adult Content: Morgana’s female form is only covered with some vines in a couple of early scenes. There’s no nudity, but skin is visible. Upon arriving in England, we witness a distance shot of Merlin’s human form naked walking across a field (fog covers any distinguishable nudity, but its’ clear he’s not wearing any clothes). People react in shock to his lack of clothing.

Other: Lance and Kaye start off as bullies in the story. They don’t treat others very nicely and hang a kid upside down. While we come to the understanding of their reasoning behind their actions, its’ still inexcusable. They also betray Alex on a couple of occasions. Morgana attempts to break everyone up by preying on their weaknesses, but she largely fails. Alex disobeys his mother and runs away from home to go on a quest. Someone lies in order to protect another.

As what you might expect in the King Arthur legend, sorcery and magic do play a part in the story. Morgana is clearly a dark villainess who attempts to raise the dead and use her magic to enslave the world. She can shapeshift. Merlin is a wizard who uses many hand spells, including mind-control, shapeshifting and reproducing metal. (Bedders learns to use the latter spell). He also can only keep his magic strong through eating a combination of “beetle blood, beaver urine and ground bone.” The Lady of the Lake appears a few times.

In a style that’s not too far gone from “kids-can-be-heroes” movies like “Spy Kids” and “Percy Jackson”, “The Kid Who Would Be King” brings a more youthful, modernized spin to the King Arthur story. It’s an entertaining movie that also hits the right emotional beats. This isn’t a fantasy tale that focuses on visuals over story, and it never quite falls into predictable territory either. Director Joe Cornish has crafted a convincing coming-of-age tale that just so happens to have the medieval classic as a backdrop. The film also effectively showcases several strong Biblical messages.

However, despite a PG rating, this movie isn’t one I’d recommend for younger kids. It carries some intense moments, including a few creepy images/scenes. It’s not as intense or scary as “Lord of the Rings” or “The Hobbit”, but it still might prove to be too much for ages 8 and under. There’s also a little bit of language and irresponsible behavior. And while sorcery and magic are part of the original King Arthur legend, the use of such will still be a turn-off for some families.

However, for older kids and those who can handle the more intense elements, “The Kid Who Would Be King” is a very solid movie. It might not become a classic, but its’ at least a very watchable and very fun ride.

Positive
Positive—We enjoyed this movie and its humor and suspense. I agree that it is not for younger children. We have watched “The Lord of the Rings” series (we also love the books) and thought if the violence wasn’t as bad as those our kids would be fine. However, we felt that the violence was worse. The female character was VERY evil and even my older kids didn’t watch when she changed into the dragon-like character. I’m sure it will vary by family, but we found those parts too much for us, and I don’t think we would have watched it if we had known. The rest of the scary characters weren’t even close to how scary and evil she was.

On the flip side, Merlin brought a lot of humor, and we appreciated that. There were good lessons to be gleaned and fun action scenes.
My Ratings: Moral rating: Average / Moviemaking quality: 4