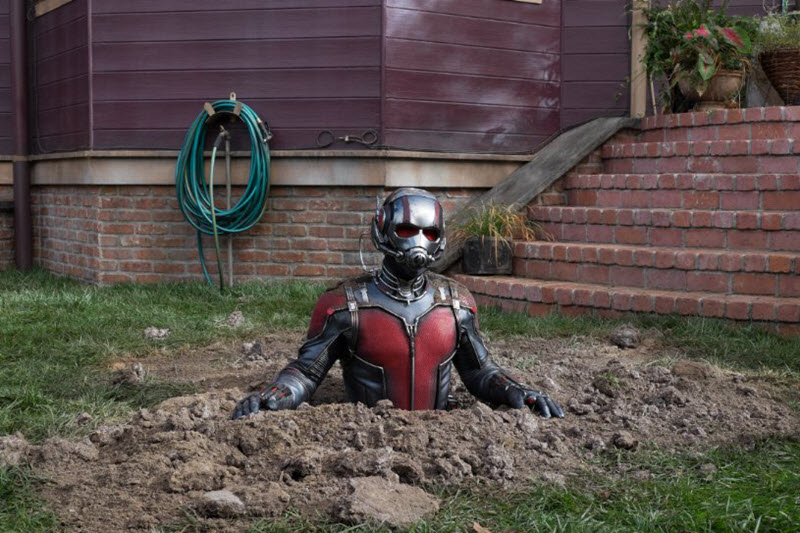 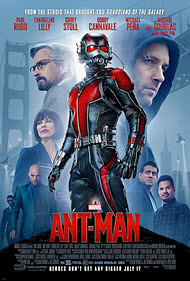 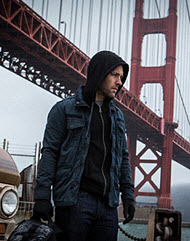 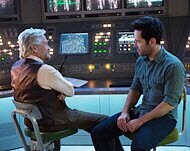 negative effects of a life of crime on family relationships

importance of taking care of one’s family and loving them

turning your life around by using a second chance

fighting to save your child

Incredible ANTS of the Rain Forest

What can an ANT teach me about life? Answer

ants in the Bible 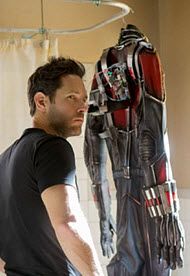 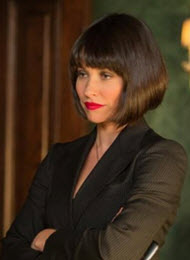 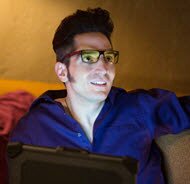 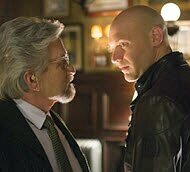 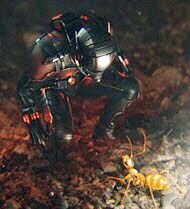 “Heroes don’t get any bigger”

The Marvel Machine moves on. This time, with “Ant-Man.” It’s the story of a guy who receives a second chance, a shot at redemption. He becomes a superhero, who learns to fight, trash talk, and save the world (or at least a small part of it), all in a few short days. Heard this all before? That’s because you have. But let me tell you why “Ant-Man” is different from the other Marvel universe movies.

First of all, Paul Rudd; he plays the protagonist, Scott Lang. He’s an intelligent, and brave man who is doing time for picking the wrong career. Crime. After his prison release, he wishes to stay on the straight path and help provide for his daughter, who lives with her mom and step-dad. Turned away, he tries one more criminal job to try and make a score, and gets caught by Dr. Hank Pym (Michael Douglas), the creator of the Ant-Man suit. Pym is in danger of losing his company to his former protégé, and also losing the secret he tried hard to keep hidden for so long. The secret of the Pym Particle. The shrinking particle.

Now, Paul Rudd is not your typical superhero casting. He’s a comedy guy, well known for “Anchorman: The Legend of Ron Burgundy,” “The 40-Year-Old Virgin,” and “I Love You, Man” Charismatic, but goofy, he is no Chris Hemsworth or Robert Downey Jr., who can carry a franchise on their backs. However, the casting is very strong, as the movie takes jabs of humor at itself, its star, and the character of the franchise itself.

Unlike all other Marvel universe movies, it doesn’t take itself too seriously. It recognizes its status as a bit of a joke, kind of like the idea of an Ant-Man in general. But this formula works well for the audience. It’s witty, light-hearted, with the right balance of action and genuine heart-felt moments that provide the peaks and valleys. The original screenwriter, Edgar Wright (“Shaun of the Dead,” “Hot Fuzz”), is a massively talented writer who can hit the right chords of insanity, realism, and entertainment. This makes for a different feel to “Ant-Man,” as the script and timing get genuine laughs out of the audience.

When it comes to morality, “Ant-Man” doesn’t really offend. There are some threats and negative discussions that take place between Scott and his wife’s new husband. There are a couple of innuendos thrown in, and Scott is revealed to be kissing a woman in one scene. The violence is there. Pym’s former protégé kills several animals with his experiments, although they are not graphic. He does the same to a member of his staff who opposes his idea. The fighting between hero and villain is exactly what we have come to expect from Marvel. There is some moderate profanity and vulgar language.

The theme of redemption is very strong, with second chances given to a criminal, and also offered to a different man who has never been trustworthy. Human nature is fragile, we look to God for strength, but the generosity and love of people can sometimes be the thing that turns us around from failures to heroes. “Be the hero your daughter believes that you already are” is a quote used twice in the film. You don’t need to be a hero to the world, be a hero to your family, to your friends, to the small group that you network with frequently.

Most will enjoy this film. It offers well-rounded characters, displaying humorous stereotypes, but also development and growth. It has a good theme, a good script, and is shot extremely well by Peyton Reed. The acting is as good as you could want, particularly Douglas and Evangeline Lilly.

Positive
Positive—This was a refreshingly and surprisingly funny movie! Great special effects. Again, funny (I’m still laughing). I will be going again, and will be taking more friends to see it.
My Ratings: Moral rating: Better than Average / Moviemaking quality: 5

Jack, age 58 (USA)
Positive—Despite misgivings about the concept, I found this movie enjoyable. It had almost the same wit and humor as the original “Iron Man.” The profanity, as noted by the reviewer, was irritating, but there was a blissful lack of F-words. This movie has all the gore-free violence and excellent special effects of other superhero movies. Watch for the Stan Lee cameo and sit through ALL the credits for the two important closing scenes.
My Ratings: Moral rating: Better than Average / Moviemaking quality: 4

Brian Schacht, age 68 (Canada)
Positive—We love our superhero movies. It brings out an excitement in us all to meet our new hero. Lots of laughter; a few duds, too. (Duds: They tried to make us laugh, and it didn’t work) The excitement blossoms with 2 Avenger characters in the movie. I felt the Avengers was the best superhero movie ever. This was good, but this movie doesn’t compare to the greatness of Avengers.

This movie is worth seeing. I love the father daughter relationship. We dads need to be a superhero to our kids, because God gave us our Kids to love and be there for them. So wait for The Avengers… shrink in to your seats at the theater and see ANT-MAN. You’re not too little to watch this one.
My Ratings: Moral rating: Good / Moviemaking quality: 4

Rockinron Corino, age 52 (USA)
Positive—Not being a huge superhero fan, but a willing spectator, I went, a bit reluctantly, to see “Ant Man” at the bequest of my brother-in-law and my 12 year old son. I was pleasantly surprised and think that this film deserves support. The language, while present, is more sparse, comparatively, and gratuitous violence is remarkably absent. While my moral movie acuity may be somewhat blunted by years of passive overexposure, with what even young children are exposed to today, this movie seems appropriate for all but the youngest of children. Unless my hogwash sensitivities were totally unknowingly absent, I didn’t detect any of the hints of completely unsubstantiated Evolution/environmental evangelical agendas I’ve come to somewhat expect from films of this genre.

However, parent child relationships are thoughtfully explored and most of us would support the message of leaving a better world for posterity. This film is close to par with “The Avengers” series, but absent a so called super hero offensively proclaiming himself I AM, as an obvious affront to the One True God (sensitive Christians who saw the most recent Avengers film will understand), so, if you are anything but the most cynical of superhero film shunners, you probably won’t go wrong investing time and money in this entertainment opportunity.
My Ratings: Moral rating: Average / Moviemaking quality: 4

Bob C., age 51 (USA)
Positive— Having seen the 2015 film “Ant-Man” for the first time, a few days ago, I was impressed. Paul Rudd gave a superb performance, he was both funny and heroic in his role as Scott Lang/Ant-Man. The movie had a positive moral message about how it’s important to reject a life of crime. It’s also good to see the character of Scott Lang deeply caring about his daughter and trying to be a good Father. Nothing very offensive about this film, excellent Special effects, one of the best Superhero films I have seen in a long time. Great Chemistry between Paul Rudd and Evangeline Lilly. Overall, I would say, this film should be a part of every movie fan’s collection.
My Ratings: Moral rating: Average / Moviemaking quality: 4

Jeff Andrew Winters, age 40 (USA)
Neutral
Neutral—I watched this as part of the Marvel series, but was disappointed with the amount of swearing and sexual comments. This was so unnecessary, and really shocking, since it wasn’t expected. (Example: A comment about the first pair of b**bs someone touched, calling someone a p*ssy, the protagonist calling his ex-wife’s boyfriend an a** hat and pointing out that he didn’t use bad language because he said “hat” instead of “hole,” repeated talk about stealing sh*it.) This just isn’t as clean as most of the other movies in the Marvel series, and I would caution Christian parents to preview this movie before deciding whether to show it to young kids who may have watched the rest of the series.

Another point that I found disturbing was the antagonist’s maniacal disrespect for life. While it is normal for a bad guy to be bad, we did not really know the extent of how bad this guy really was (he is just portrayed as a greedy businessman) until he kills someone in a shocking way and disposes of the body quickly and without any remorse. No, it isn’t more graphic than many other action movies, but it is just shocking, and I didn’t care for it.

Would I watch it again? Yes, while gritting my teeth. It is borderline for me, not very pleasant because of the crudity, but still a part of the series, and it does have many fun parts.
My Ratings: Moral rating: Offensive / Moviemaking quality: 4½

Grace, age 22 (USA)
Neutral—My husband insisted we bring our boys (under age 10) to this movie, because “It’s Marvel… how bad can it be?” (even though I warned him of comments made on this site). This movie had WAY more language than one would expect from a movie of this type. It glorified theft and lies, as well, and the women were dressed in tight-fitting, low-cut clothes. From an adult perspective, this movie was hilarious, but my husband and I were able to poke holes in a lot of the theories behind the science. It’s Hollywood after all. *shrugs*

This was an ok movie, but it’s not at all what I’d expect from Marvel.
My Ratings: Moral rating: Average / Moviemaking quality: 3

Mom, age 38 (USA)
Comments from young people
Positive—This movie was, overall, very well made with minimal occurrence of events that would be considered inappropriate from a Christian standpoint. The humorous aspect of it was very well done following the movies “Guardians of the Galaxy” style humor (very light-hearted in perfect moments). Effects were done well as usual nowadays and the plot made sense. There was nothing too inappropriate, the extent of it was a sort-of kissing scene (door opens revealing the two breaking away from the kiss in response to the door). There were a couple curse words here and there. Characters intentionally killing other people was not a usual occurrence, and there were even scenes of characters saving other people, ***SPOILER*** besides the main plot of saving the whole world. ***END SPOILER***

Overall, this movie was very well made with great humor and a lot of effort put in—definitely worth seeing.
My Ratings: Moral rating: Good / Moviemaking quality: 4½