for intense sequences of violence/action, some language and thematic material. 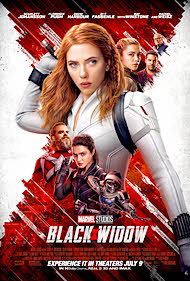 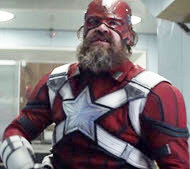 Young girls raised and trained to be assassins

Sleep cells in a foreign land 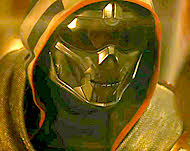 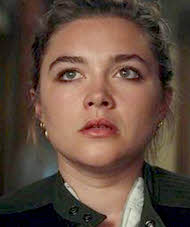 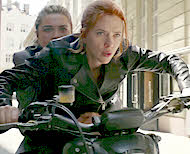 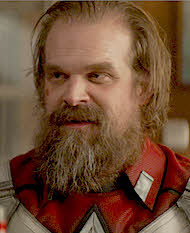 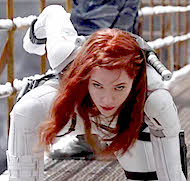 Natasha Romanov, aka Black Widow, has been on the run ever since the events that took place during Captain America: Civil War. She has been considered by S. H. I. E. L. D. A traitor to her country and in violation of the Sokovia Accords by aiding and abetting Captain America and his allies. Of course, when you are as famous, or in this particular scenario, infamous, as Black Widow, there are very few places one can truly hide.

In fact, there is an enemy that, indeed, does find her, called the Taskmaster. After a brief encounter with the Taskmaster she is left with a photo of her and her sister Yelena. “It must be a message,” Natasha states to herself, so off she flies to Budapest to visit Yelena and determine why after 16 years she’s decided to reach out to Natasha NOW.

As it turns out, the Taskmaster is a servant of a man named Dreykov from an evil training facility called, The Red Room. For those unfamiliar with Black Widow’s origins, Black Widow received her special skills and training through indoctrination, subliminal messaging, brainwashing and conditioning inside the Red Room under Dreykov. However, Black Widow and eventually Yelena were able to uncondition themselves and escape.

Yelena explains that Dreykov continues to train new Black Widows in the Red Room and that, despite what Natasha believes, Natasha never killed Dreykov in the past like she thought she did as part of her recruitment for S. H. I. E. L. D. Yelena needs Natasha’s help to find the Red Room, stop Dreykov once and for all and to free the Black Widows.

But Natasha is going to learn a valuable lesson about the true definition of family and that time does, indeed, have a funny way of catching up to you, in the most unexpected ways….

Those who know me, know that I am a fan of all things Marvel, so at first when I heard they were going to come out with a “Black Widow” standalone film, I was hesitant. She, honestly, is one of the Avengers I honestly admire. She sacrifices for others and never once, even in the comics, asks for anything for herself. Throughout the entire series, she chose honor and sacrifice over self every time. When you make an entire film about her, especially after the send-off that occurred in Endgame for her (sorry to those of you who haven’t seen it yet if I spoiled it for you), I hoped they gave her the respect her character had earned.

I was honestly surprised in both good and bad ways. In many respects, I was beyond impressed with the level of depth and connection I made with the characters and with the strong messaging about the importance of family and how family is worth fighting for. Marvel films have a way, on the rare occasion, at tugging at the heartstrings, but never have I remember watching a Marvel film and actually crying. This messaging wouldn’t come across if the cast wasn’t as strong as it was. Scarlett Johansson, Florence Pugh and David Harbour gave career-defining performances. However….

Subliminally hidden underneath the beautiful messaging, there is some downright ugliness in this movie that made me turn to my friend (also a Marvel fan like myself) and say, “Whoa, did they really do that in a Marvel film?” Witnessing kids on screen screaming at the tops of their lungs as they are separated from their siblings during the opening credits is not something you forget, nor is watching a Widow (a young adult) be shocked to death. I questioned, even to my friend, how much darker the film could have possibly gone considering Black Widow’s origins and I was actually somewhat (I do say that lightly) relieved they didn’t go as far as they could have. The profanity and moments of questionable dialog didn’t help either.

Violence: Very Heavy. There are several moments of gunfights, fist fights and fights involving knives. There is a scene where we witness children put in danger. We witnessed someone stabbed. We see someone gassed in the face. We watch someone fall off a bridge and fall into the water (they survive). Two characters brutally attack each other in an apartment but then call a truce. Dreykov, through means of a microchip, takes control of a Widow, and electrocutes the Widow, killing them (this is after the Widow falls off a roof and lands on the ground, breaking their back). There are a couple car chases. A car explodes. We witness a child killed off screen in an explosion. Guards are slammed by the Red Guardian during a prison escape. A man gets hit in the face. People, including some children, are tranquilized in a couple scenes. Someone is stabbed with a syringe. A character is kicked and punched four times in anger (she asks someone to do it). Someone breaks their own nose. A plane explodes.

Alcohol: There are some words about drinking in the song “American Pie.”

Sex/Sexual Dialog: We hear a rather brief, yet descriptive discussion about forced hysterectomies for the Widows . Also, a sexual comment is made from a man about a woman.

Family is the central theme of “Black Widow.” We hear it in our lives every day: every family looks and acts differently. No matter what struggles you face, your family is there for you. In Natasha’s case (and this isn’t really a spoiler) this wasn’t her real family, “but it was REAL enough,” Yelena says to her. Alexei (Natasha’s fake father), Melina (Natasha’s fake mother), Yelena and Natasha, even though they just pretended to be a real family, still had to look out for each other.

“But to all who did receive him, who believed in his name, he gave the right to become children of God” —John 1:12

“So then you are no longer strangers and aliens, but you are fellow citizens with the saints and members of the household of God” -Ephesians 2:19

“See what kind of love the Father has given to us, that we should be called children of God; and so we are. The reason why the world does not know us is that it did not know him. Beloved, we are God’s children now, and what we will be has not yet appeared; but we know that when he appears we shall be like him, because we shall see him as he is.” —1 John 3:1-2

“If one member suffers, all suffer together; if one member is honored, all rejoice together.” —1 Corinithians 12: 26

This is probably one of the more difficult films I have had to review in a long time. On the surface there is a lot to admire about a film like “Black Widow.” It’s not just a rock-em-sock-em Marvel action film, nor is it like any of the Disney+ series. Rather, it’s a film with, yes, some fairly heavy amounts of action but also an genuine heartfelt message about family and fighting for family, even the impossible family.

However, there is a level of darkness that overshadows the film that I cannot ignore, especially when children are involved. As such, I suggest you take extra caution before deciding whether or not you want to see this film. I do not suggest taking young children to this film. Teens and adults, only if you do decide to go.

Positive
Positive—When it comes to whether or not you should see this movie (or let your kids see it), just know that it’s one of the darker, more violent Marvel films. If you’re familiar with Marvel already, you’ll understand why it got a PG-13 rating. Murder, child kidnapping, trafficking, brainwashing, etc. are throughout. It also contains smoking, drinking, and language.

With that part out of the way, I’ll tell you that my family is a huge fan of Marvel, so we got tickets for opening night. I went into “Black Widow” with lots of back-story questions, and I hoped that they would all be answered in the movie. They weren’t. I left having enjoyed the film a lot, but a bit frustrated that I’ll have to wait (much) longer to have my questions answered—if at all. Looking at the timeline of movie/TV releases that has been put forth after phase 4, it seems it might be 2024 or 2025 before we see more from Black Widow’s story.

Stick around for the after-credit scene. It tells you what to look for in a few years. Also, it’s sad that this was the first movie without a cameo from Stan Lee.
My Ratings: Moral rating: Offensive / Moviemaking quality: 5
Chrystal, age 44 (USA)
Positive—Wow! This movie was so intense, serious action packed movie, non-stop. It is very violent though with many fighting scenes with women violently fighting each other, like I have never seen in a movie. I was impressed how well Scarlett played a tough woman, it was very believable, more then any move she has done.

It is dark for sure, however, that is how some of these movies are. For the genre of it, it was very well made and high action packed intensity.

Not for kids, because of the nonstop violence. There is no sex, nudity and I don’t remember any cussing. For the genre, this is a very well made movie and some of the best intense graphics and filming I have seen, it was very well filmed.
My Ratings: Moral rating: Better than Average / Moviemaking quality: 5
Stephanie, age 46 (USA)