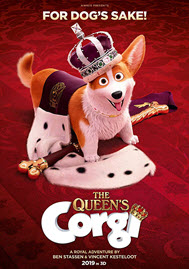 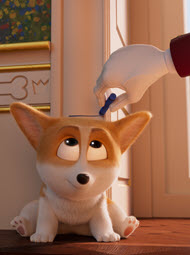 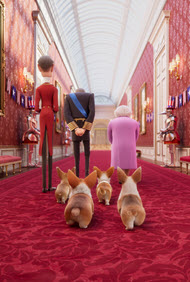 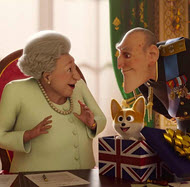 “I urge, then, first of all, that petitions, prayers, intercession and thanksgiving be made for all people— for kings and all those in authority, that we may live peaceful and quiet lives in all godliness and holiness. This is good, and pleases God our Savior…” —1 Timothy 2:1-4 NIV

Reportedly, Queen Elizabeth does not currently have any Corgis, since her last one died and she didn’t replace it. She still has two “Dorgis. ” They are Corgi/Dachshund crosses. 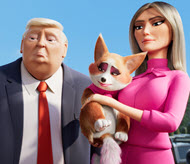 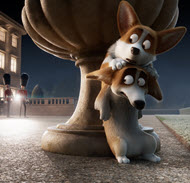 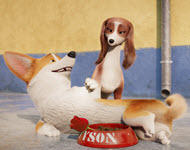 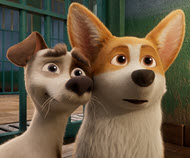 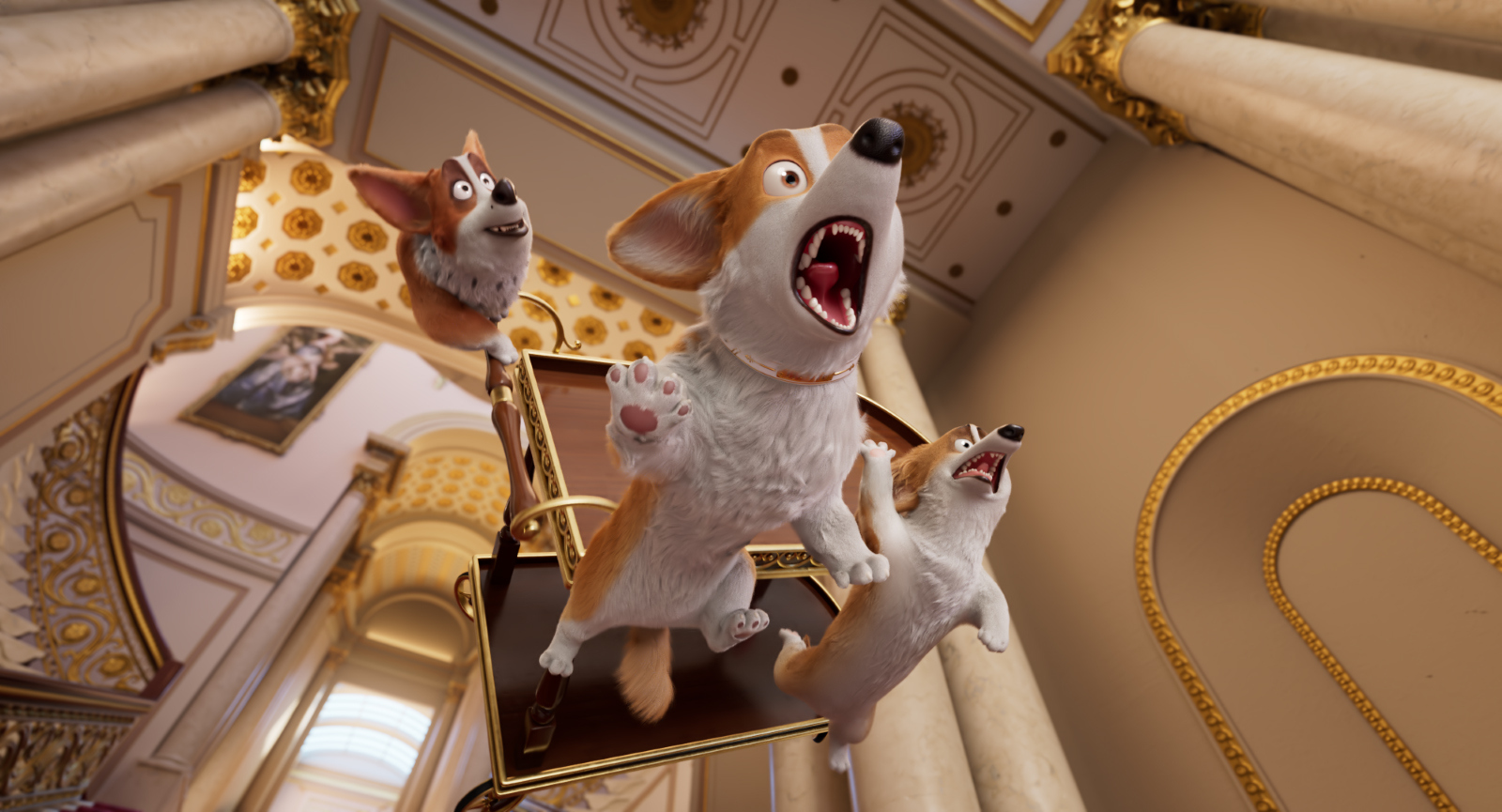 “The Queen’s Corgi” is undoubtedly one of this season’s worst films.

A basic outline of the story-line is as follows: a corgi named Rex is a cute new addition to the dogs of Queen Elizabeth II of England, and he quickly becomes her “Top Dog.” Rex’s framed photographs even replace those of her and her husband in their bedroom. Prince Philip understandably becomes jealous, as do her other pooches. One in particular hides his jealousy until given the chance to do away with Rex and steal his position as the favored corgi. This occurs after Rex disgraces The Palace by harming the U.S. President Donald Trump.

While Rex battles to survive and escape from captivity, planning to return to his forgiving Queen, he becomes distracted by an alluring, but shallow, lady-dog named Wanda. Unfortunately, he can only protect and keep her if he overthrows her boyfriend, a bully who rules the dogfights. Does Rex have what it takes to prove he’s a Top Dog after all?

To cut to the chase, “The Queen’s Corgi” is a dark mess. Many viewers may feel like walking out. As you will see in the summary below, it is weighed down by violence, sex references and disturbing themes, along with milder bad language and profanity. All main characters lack moral fiber and this repels those who long for wholesomeness and purity of love, and certainly it’s no help for children. Unexplained script choices—such as a bearded lady visiting the pound—add to confusion for the viewer.

The artistry is pleasant. Facial expressions of both dogs and humans are very well done. And much is communicated with body language. In typical British fashion, good manners and selfless acts of courage are applauded. One theme is, “We can’t keep running away from bullies,” but this merely leads to “Together we set ourselves free.” There are one or two other vaguely positive quotes, including: “One is never too old to change.”

If you’ve seen the theatrical trailer, you’ll know that it pokes fun at both the British royal family and current American President Trump (this is a problem, because, as Christians, we frown on unkind mockery or belittling of our God-given heads of state, because the Bible calls us to instead pray for them, whether they are evil or good). In the film, Mr Trump is portrayed as somewhat disrespectful, calling the Queen of England “Liz” and other slang names. He receives a dog bite to “the unmentionables” which leaves a rip in his trousers exposing an American-flag undergarment.

Several negative character traits are chosen for the Queen and her husband, implying gullibility, spoiling of animals, poor temper and frequent use of the word “blasted.” And Buckingham Palace’s guards are portrayed as buffoons. Nevertheless, generally there is some restraint—probably for political reasons—but this does not make it okay.

There are many other heavy topics raised, such as pride and jealousy when in high positions (think of Lucifer), leading to complete degradation and evil; murderous betrayal from a close friend (think of Judas); cruelty to animals; dog-fighting and gambling; partner-swapping and bad motives; and whether animal mating is terrifying for them.

This is clearly far too much for children or even some teens to grapple with in one go, and I won’t attempt to address it all. Suffice to say, “The Queen’s Corgi” is dark and heavy, godless and often lawless. It is likely to do far more harm than good, for any viewer. Instead, I encourage you to search our Web site for healthy alternative movies, and above all, to value whatever is truly right and praiseworthy, as God does.

As a God-lover and dog-lover, rarely have I been so disappointed in a film as I am in this one. If analysed for children or teens, I believe it is completely unsuitable, as it is dark and scary, built on heavy violence, heavy adult themes and heavy sex references. Even for adults it is a struggle to enjoy—despite its cuteness and some clean areas—because of emphasis on violent dog-fighting and pervasive immorality.

If I had not been in my reviewer role, I would certainly have walked out in protest.

Please don’t support films like this, for the sake of caring for young and vulnerable people, animals, and your own heart and mind.