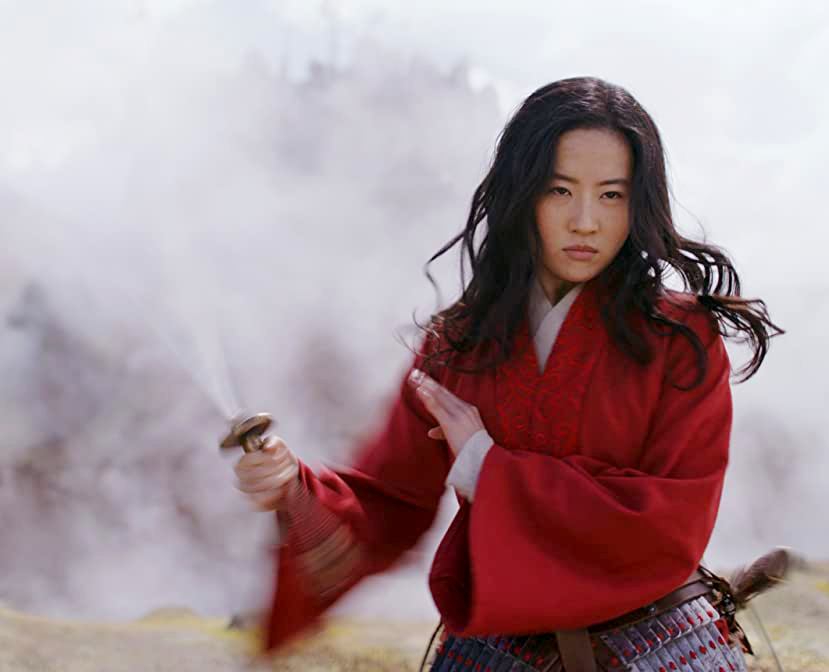 for sequences of violence. 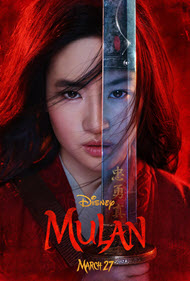 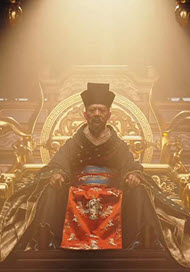 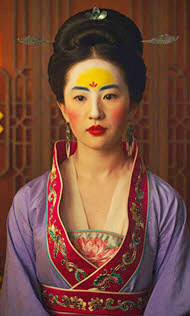 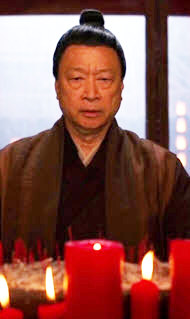 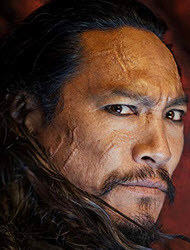 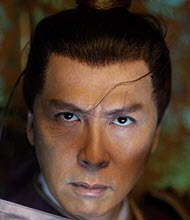 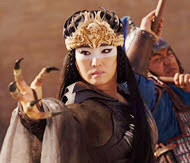 What does the Bible say about witches and witchcraft?

What does the Bible say about SORCERY? Answer 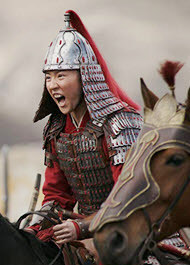 A young Chinese maiden disguises herself as a male warrior, to deceive many… 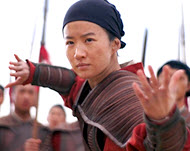 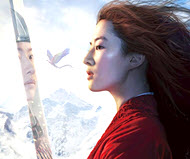 Ancestor worship, communing with the spirits of the dead, and crediting them with changing the outcome of battles and other life events

Spirit guide in the form of a phoenix who guides Mulan

Here’s what the distributor says about their film: “When the Emperor of China issues a decree that one man per family must serve in the Imperial Chinese Army to defend the country from Huns, Hua Mulan, the eldest daughter of an honored warrior, steps in to take the place of her ailing father. She is spirited, determined and quick on her feet. Disguised as a man by the name of Hua Jun, she is tested every step of the way and must harness her innermost strength and embrace her true potential. It is an epic journey that will transform her into an honored warrior and earn her the respect of a grateful nation… and a proud father.”

Positive
Positive—“Mulan” (2020) generated controversy for jettisoning the songs and two characters from the animated version for this new take on the character. However, everything works perfectly. The acting, writing, directing, etcetera, are excellent.

Biblically-speaking, there are sequences of violence, but they are bloodless and the only blood seen is during a minor skirmish on a frozen lake and that only for a few seconds. There are also several shots of corpses, but again, they are quick and devoid of gore. One of the villains is a witch, and ancestral worship is spoken of; but there is no heavy emphasis on these things. If you are familiar with Chinese culture or have seen Chinese movies or merely viewed the 1998 “Mulan,” you know what to expect regarding this. There is a scene where Mulan bathes, but clever editing obscures nudity. There is also no profanity, blasphemy, or sexuality.

Stay through the credits for a few surprises. Most of the special features are in English and Mandarin and Chinese with English subtitles. All of them are worth viewing. …
My Ratings: Moral rating: Better than Average / Moviemaking quality: 5
D, age 34 (USA)

Secular Movie Critics
…Storyboarded to within an inch of its life… the film represents Hollywood’s most enthusiastic embrace of blockbuster Asian cinema tropes since “The Matrix” trilogy. …the clumsy “Mulan” script often puts plot above character, depriving Mulan of a robust personality…
Peter Debruge, Variety
…lacking in joy… gorgeous to look at, yet fails to soar as it should… It makes rebellion look like the safe, approved choice. Meanwhile, the alleged bad gal [the witch] gets to soar like an eagle. If I were a little girl, I know which one I’d want to be.
Stephanie Zacharek, Time
…a lazy show of nationalist messaging… perfunctorily recycles the worst aspects of the 1998 animated version and roundly fails to convincingly execute the few deviations that it does attempt. …tamps down the more flamboyant and, frankly, fun qualities of the original… [1/4]
Sam C. Mac, Slant
The live-action film turns a treasured animated epic into a plodding bore. …“Mulan” is not awful. It’s just inert, a lifeless bit of product that will probably neither satisfy die-hards nor enrapture an entire new generation of fans. …
Richard Lawson, Vanity Fair
“Mulan,” sans music or laughs …the best I can say for this one is it’s pretty enough, and watchable. …I wanted something with more heart, better action and at least a hint of fun. … [2½/4]
Roger Moore, Movie Nation
The “Mulan” remake jettisons everything great about Disney’s animated classic and delivers nothing new. …clunky writing… a weak and non-cohesive screenplay… For all its screenplay’s threadbare talk about the importance of cultivating deep understanding, “Mulan” stays superficial and perfunctory. …
Aja Romano, Vox
…Disney’s live-action remake of the 1998 animated feature succeeds, handsomely… The new “Mulan” delivers spectacle… Not everything works, but the crucial element — Mulan’s relationship with her father — works wonderfully well. …
Michael Phillips, Chicago Tribune
…ultimately just an average action movie…
Molly Freeman, Screen Rant
…“Mulan” falters on the story level, however, feeling both rushed, overlong and oddly light on character development. …she’s not just free-spirited in this version: She actually has magical powers that make her a natural acrobat and, later, warrior. …It also decides to introduce a female witch villain played by Li Gong, which doesn’t quite work and distracts from Mulan’s own journey. …
Lindsey Bahr, The Associated Press
…a pretty good movie and one that approaches this story with heart and with fresh eyes…
Steve Pond, The Wrap
…visually stunning but heartless… [3/5]
Robbie Collin, The Telegraph [UK]