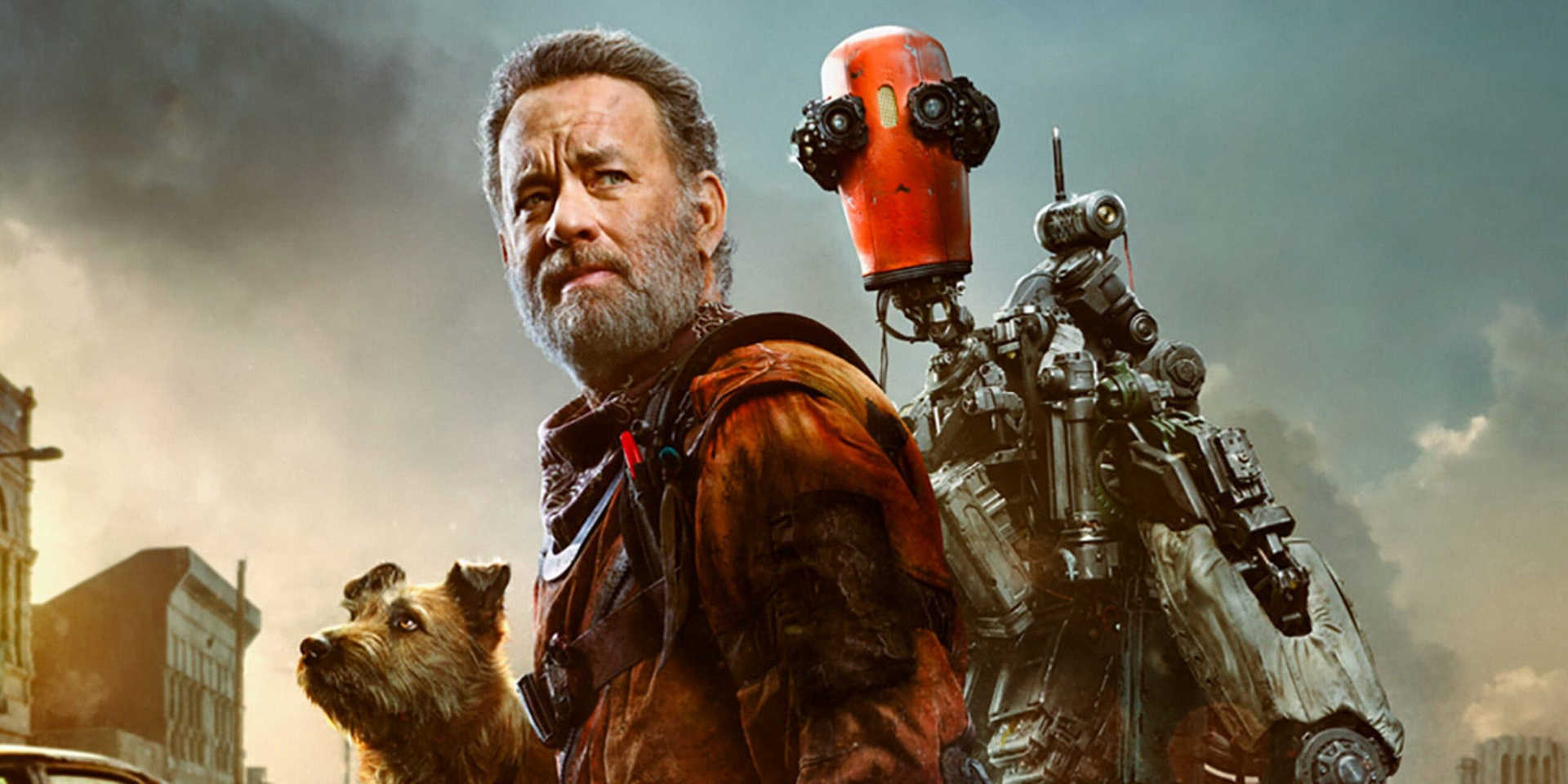 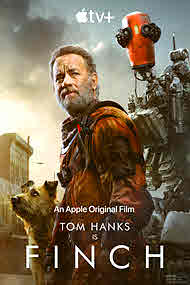 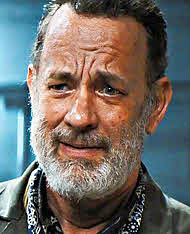 Survivors of a cataclysmic solar flare

Living with constant danger in an underground bunker 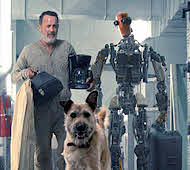 A man living alone, having no human companions

Bond between people and their companions

A man who greatly loves his dog 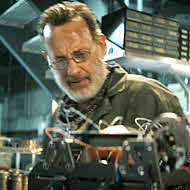 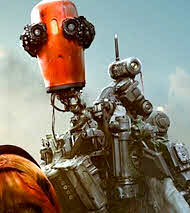 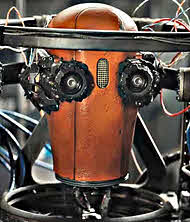 A solar flare has punched holes in the Earth’s ozone layer causing alarmingly high temperatures and lethal doses of UV radiation to wipe out the world’s crops and most of it’s remaining population to near extinction. And as far as Finch is concerned, although he may be the last man alive in St. Louis at least he has his dog, Goodyear.

Finch (Tom Hanks) is building a robot specifically designed to help him care for the dog he saved a long time ago. No sooner does he finish work on the robot he discovers a Super-storm event is on the way and it will destroy everything in its path. Finch decides that he, his dog and his robot must head westward to San Francisco.

Finch’s robot is childlike and his naiveté is a liability, one that Finch does not excuse simply because he was born yesterday. Yet the robot tries hard to please Finch and what starts off as an unusual trio soon becomes a family. But can this family survive the storms, the heat, and maybe worse other survivors, long enough to reach their destination?

By no means is “Finch” a family film as it features some material meriting caution or at the very least careful consideration before viewing.

LANGUAGE: Moderate. The Lord’s name (Jesus) is taken in vain twice. D*mn it (2) and h*ll are also heard. The vulgarity heard most often such is sh** (5). Finch yells at the robot to “shut up.” Featuring less cursing than most films, it is still inappropriate for kids. Don’t let the sweet dog trick you into thinking it’s a family film.

VIOLENCE: Moderately Heavy. Finch occasionally retches or spits blood a result of an undisclosed illness he is fighting. Other survivors have made a trap to catch unsuspecting wanderers and manage to destroy a smaller robot and endanger them all. Finch attempts to outrun a vehicle that is following them, their escape costing them dearly. In another scene, as an object lesson to the robot, Finch holds his unprotected hand out into the sun and pulls it back when it starts sizzling from the 140 degree plus temperatures. A mother and daughter are killed off-screen by an assailant. Additionally, human remains are shown, all of them decaying. A shotgun is aimed and fired at someone (results not shown), and a handgun is loaded.

SEX/NUDITY: Moderate but brief. A fully nude side view of Finch is shown early on as he is washing up—an oddly gratuitous and ultimately unnecessary scene.

DRUGS/ALCOHOL: Minor. Early on Finch is seen pouring himself a drink and even though he waters it down the dog looks on in what you suspect is a disapproving way.

Whether intentional or unintentional Finch covers important themes worth discussing including: cowardice, righteousness and hope.

COWARDICE. Finch tries to teach the robot life lessons in the form of stories he tells him while they are on the road. In one such story he admits to hiding in the shadows, fearing for his life and later not standing up and possibly preventing a murder. He confesses that while “hunger made some men murderers, it made me a coward.”

If only he knew the God that knows us better than ourselves. A Heavenly Father that if we come to trust will never let us down no matter what the circumstances.

“Two things I ask of you, Lord; do not refuse me before I die:

Keep falsehood and lies far from me; give me neither poverty nor riches, but give me only my daily bread. Otherwise, I may have too much and disown you and say, ‘Who is the Lord?’

RIGHTEOUSNESS. Finch, in a particularly hopeful mood, takes out a fine suit he had purchased just for a special occasion. The moment is tinged, however, by circumstances and regret. Clothing is often used as a metaphor in the Bible, the main message always centering around what we should really be conscious of, the state of our soul before God.

“But we are all as an unclean thing, and all our righteousnesses are as filthy rags…” —Isaiah 64:6

“Rather, clothe yourselves with the Lord Jesus Christ, and do not think about how to gratify the desires of the flesh…” —Romans 13:14

HOPE. Despite his situation, Finch stays lighthearted with his best friend although you can tell he is almost out of hope. And why shouldn’t he feel this way? He is determined to save the only thing that still matters to him, his dog, but he is growing increasingly weary, and he is not getting better. At one particularly low moment he tells the robot simply, “It’s over.”

How common it is for man to fall into the trap of despair and hopelessness if we only live for what we see in the here and now? How better to put our trust in He who saves and not people or things.

“It is better to trust in the LORD than to put confidence in man.” —Psalms 118:8

And by trusting in God he will give us something the world cannot understand or ever truly attain without Him, peace.

“And the peace of God, which passeth all understanding, shall keep your hearts and minds through Christ Jesus.” —Philippians 4:7

Then you will also have the hope that only God can provide through his only beloved son, Jesus Christ.

Jesus said to her, “I am the resurrection and the life. Whoever believes in me, though he die, yet shall he live, and everyone who lives and believes in me shall never die. Do you believe this?” —John 11:25-26

What is ETERNAL LIFE? and what does the Bible say about it?

“Finch” adds to the plethora of movies that feature newly created robots with rudimentary intelligence who seemingly develop a human level of consciousness without explaining how this is even possible (i.e. “Avengers: Age of Ultron”). Except for a nod to Asimov’s Three Laws of Robotics, we are just expected to accept his mental and emotional growth as natural. Instead we are subjected to a meandering trip across the desert which could have been trimmed down for a little more exposition.

Tom Hanks is an expert at elevating even mundane films and clearly that’s why he was picked for “Finch”. Despite his charm and the appeal of the Robot’s childlike innocence and eagerness to please, Finch remains only a so-so movie. Finch is a sometimes hopeful, but ultimately bleak road trip through the heat ravaged, dusty remains of a dying planet and even the best actor cannot make this trip work.

Positive—It is a good movie. Has a good message of trying to protect what’s left of good things. Of course, I agree with the text and review from your Website.
My Ratings: Moral rating: Good / Moviemaking quality: 4½
Rafael, age 38 (Brazil)