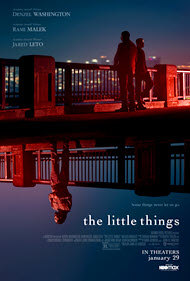 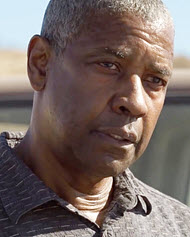 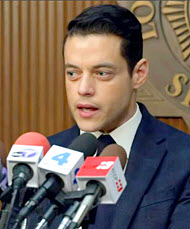 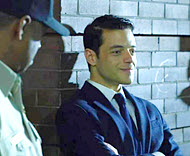 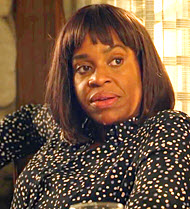 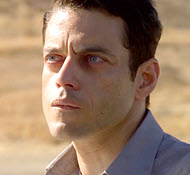 The year is 1990. The story takes place in Kern County, California. There’s a serial killer in the community, stalking, following and finally killing young women. Luckily, the law enforcement of Kern County have been working on the investigation for some time now thanks to the hard work and dedication of LAPD Detective Sergeant James Baxter (Rami Malek), However, the investigation does begin to come to a crawl, so James decides he needs to recruit some assistance, and against the advice of the Captain of the Sheriff’s Department, turns for help to none other than Deputy Sheriff Joe Deacon (Denzel Washington).

Why a Deputy Sheriff you might ask? Well, Joe Deacon, simply known as “Deke” by everyone in the Kern County Sheriff’s Department, used to serve as a Detective many years ago. However, after a botched homicide investigation led by him and his partner, Deke was demoted to Deputy Sheriff again. With these two homicide experts on the case, this serial killer doesn’t stand a chance. After all, it’s the little things that can trip a killer up into incriminating themselves.

Every good mystery or thriller requires the audience to have one critical life skill… patience… and “The Little Things” is no exception as you will need to be very patient. I’d like to compare this film with a book. Pacing yourself will be key to appreciating what the film has to offer—it’s subtle nuances,and, if you are home watching the film on Video on Demand (such as HBO Max like I did), you may find yourself having to rewind and say “Wait, did I miss something?” which is not always necessarily a bad thing.

Cinematically, the film is nicely written. There is a very strong chemistry between Rami Malek and Denzel Washington. The two really feed off of each other’s characters, with their best performances saved for the final act. The scoring really impressed me, with some nice, familiar throwbacks to music from some 90s classics that nicely tied into the story. The pacing, again, is slow, as is expected in a neo-noir film of this nature, so patience is a must. While, overall, the cinematography is fairly strong (lighting, performances and the like), it is “the little things” (sorry for the play on words) that I must be particular about, which in this case is not so little at all and that is all the stuff the lies above and beneath the cinematography.

For starters, the plot becomes somewhat disjointed in some places, particularly I’d say around 45-60 minutes in. Without presenting any spoilers here, let’s just say that some key pieces of information that would have filled in some plot holes would have really answered some good questions about some of the victims and why they were chosen and also some of the plot points, ESPECIALLY plot points at the story’s end.

Nudity: I’d be remiss if I failed to point out the unnecessary use of graphic nudity, including FULL female frontal nudity, in a few instances. When Deke is looking out the window through a victim’s window, we see the female victim completely nude (full frontal), briefly. Two partially nude female victims are shown, on their sides, in a flashback. A female victim (corpse) is seen in the morgue with her breasts fully shown (briefly). It is disturbing that this is becoming a norm for streaming services like Netflix and HBO Max. I ask, why is this all necessary? What greater purpose does it serve other than to lead people to sin and not to God?

On top of this we have a heavy use of vulgar language, some profanity and violence.

Sex: The words “rape” and “sodomy” are used to describe a crime scene. The world of female prostitution is an underlying theme in parts of the film.

Violence: There are crime scenes where we see victim’s bodies and carpets that have large blood stains, and one where we see blood on the walls and curtains. A woman in a bra is shot and killed. A man is hit in the face with a shovel and dies. A man is said to have committed suicide. Deke lashes out in anger at a suspect and nearly punches him, but instead punches a wall.

Other: Deke illegally breaks into a man’s apartment to search for evidence. Someone gets away with a crime. A coroner is seen lying about an autopsy report.

James’ life is centered around his faith while Deke, on the other hand, has a faith that is on the fence. James even asks him, “Do you believe in a God?”, to which Deke replies, “When I see a sunrise or a thunderstorm, yes. When I see all this, I don’t think he gives a sh*t.”

I think some of us have had Deke’s thought at one point. When things are beautiful, it’s easy to say God’s there and to shout in church, “God is good all the time and all the time God is good!” But when there is hardship, tragedy or your faith is tested, that’s when it counts the most. Just this week, I sat down, cried and asked Him to be there in my own difficult time ahead. Because I know He is faithful and just, I can count on Him to do so. Scripture is clear…

“For the word of the Lord is upright, and all his work is done in faithfulness.” —Psalm 33:4

“The Rock, his work is perfect, for all his ways are justice. A God of faithfulness and without iniquity, just and upright is he” —Deuteronomy 32:4

“But you, O Lord, are a God merciful and gracious, slow to anger and abounding in steadfast love and faithfulness.” —Psalm 86:15

“The steadfast love of the Lord never ceases; his mercies never come to an end; they are new every morning; great is your faithfulness.” —Lamentations 3:22-23

“But the Lord is faithful. He will establish you and guard you against the evil one.” —2 Thessalonians 3:3

“The Little Things” is a hard pill to swallow. While there are parts that may be enjoyable, such as the performances, etc., in the end, the film left a rather long-lasting bitter taste. To put it simply, you are better off spending your time much more wisely such as: reading a book, riding a bike, spending time with the Lord; doing ANYTHING but watching “The Little Things.”