The Unbearable Weight of Massive Talent

for language throughout, some sexual references, drug use and violence. 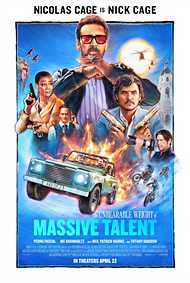 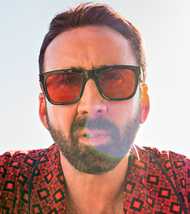 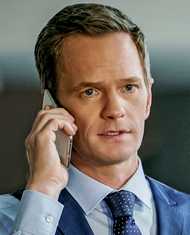 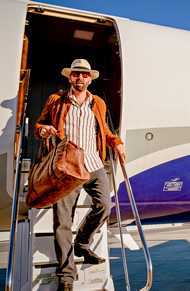 Excessive use of vulgar language and profanity 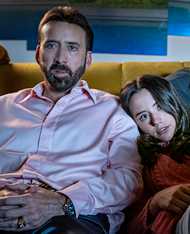 Setting: An American in Majorca, Spain 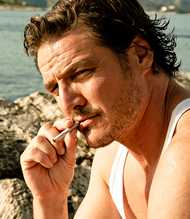 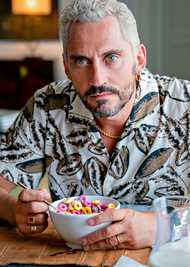 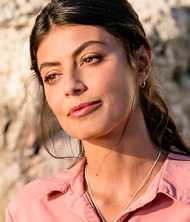 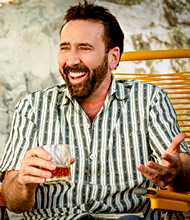 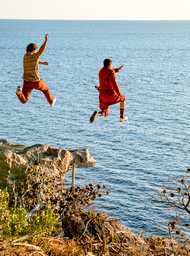 Nicholas Cage. Almost everyone knows his name or has seen at least one of his films. He’s arguably one of the most cherished actors of his time, having spent 40 years in a variety of roles. But Nick feels like his time as an actor might be coming to a close, perhaps, as he is receiving fewer and fewer opportunities to showcase his talents. He is so desperate to relive his glory days that it’s even affecting his personal life and his relationship with his daughter in the process. Opportunity has a funny way of knocking…

Nick’s agent, Richard (Neil Patrick Harris), informs him that a wealthy client, Javi (Pedro Pascal), wants to fly him out to Spain to star in a film he’s written. He’s evening offering Nick a cool $1 million to star in the film. At first, Nick’s hesitant, but since he doesn’t have many golden opportunities right now, he agrees to at least fly out and see what the deal is.

As time progresses, Javi and Nick develop a bit of a friendship, that is until the CIA pick up Nick on the street one day and tell him who Javi really is, the head of the Guiteriez crime family, responsible for the kidnapping of a female Spanish diplomat in an effort to overthrow the government. What does the CIA want with Nick? They want Nick to spy on Javi, gain his trust, find the Spanish diplomat, and stop Javi’s plan.

This is the role of a lifetime.

True comedic gold can be found in films where the comedy is genuine and where the chemistry between characters can be felt on the screen. If the comedic chemistry between characters is heartfelt, true, and not overly crass (I’ll get there, I promise), you can have a downright amazing film. Finding THOSE kinds of comedies is rare nowadays because most comedies forego chemistry for crudity and cheapness. So where does that leave the “Unbearable…” ?

“Unbearable…” will be a tough sell for many Christians; it certainly is for me. I know I was laughing in places I probably shouldn’t have been, and therein lies the danger. On one hand, the comedic moments that are clean are just downright funny. These are the moments in which you can tell everyone in the film is in on the larger joke (which, for spoiler purposes, I won’t divulge here). However, the moments that are crass and crude are crass and crude with capital “C’s”, with moments where I said, “Wait, you can actually do that in a movie?”

Cinematically, the film is rather brilliant. The pacing is solid, although I must admit that the film does come to a slight crawl around the end of the second act, but in retrospect it was probably necessary. The performances, as I said, between Nicholas Cage and Pedro Pascal are by far the strongest performances I’ve seen to this day. As I stated, you can tell these two have developed a friendship both on and off the screen and that they are just having the time of their lives during the film, and it strengthens the quality of the end result. It’s a shame, though, that a large portion of film had to contain such filth. Speaking of which…

NUDITY: A male character wears a speedo under a short shirt. Males are seen shirtless and in robes in a couple scenes. Other characters are seen in just bathing suits. Characters wear revealing outfits.

ALCOHOL: There are a couple scenes where a characters get incredibly drunk (one at a party for his daughter).

DRUGS: Some characters are seen smoking cigarettes. Two males characters take LSD and are seen driving and walking around town on a “trip” (this is an extended sequence). A couple smokes some weed. A character accidentally touches his face with a numbing agent and has to get the antidote (we see him become temporarily paralyzed in the process).

OTHER: A male character is seen making out with a fantasized version of himself.

There are no truly redeeming themes or morals I can draw from this film.

In the film, Nick firmly believes, at one point, that the world is done with him, that he is not the actor he once was. *MINOR SPOILER* He eventually comes to the realization that there is more to life than just being an actor *END MINOR SPOILER*

As Christians, our purpose is found in Jesus, not in the world. We do not live to serve the world, but God. This is how we can find our true fulfillment, so that we never feel void, useless or without merit. Here is what Scripture tells us…

But you are a chosen people, a royal priesthood, a holy nation, God’s special possession, that you may declare the praises of him who called you out of darkness into his wonderful light. —1 Peter 2:9

And we know that in all things God works for the good of those who love him, who have been called according to his purpose. —Romans 8:28

For we are God’s handiwork, created in Christ Jesus to do good works, which God prepared in advance for us to do. —Ephesians 2:10

On one hand, Nicolas Cage came out swinging in this film and didn’t miss, dominating in every scene he is in and just having fun alongside Pascal. The film, though, is a double-edged sword. The content is beyond questionable, and the amount of language, profanity and sexual content in this film makes this film an absolute pass for ALL Christians. It is especially NOT appropriate for children or teens. While it might be nice to see Mr. Cage back on screen, this isn’t the film to see him in.

Negative
Negative—Was looking forward to a good Nick Cage movie, but this was one of those flicks where the trailer has the only three good minutes in the entire movie. It was beyond vulgar, full of gratuitous language, drug and alcohol use, and in fact, hard to watch. There were only two other people in the entire theater. The only recommendation I can make is save your money, it is one disgusting flick.
My Ratings: Moral rating: Extremely Offensive / Moviemaking quality: 4
Dennis, age 68 (USA)