When was Jesus Christ first recognized as God? 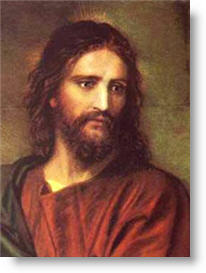 SKEPTIC: Isn’t it possible that the whole idea of Jesus being anything more than an extraordinary human and spiritual leader was an evolved product of some earlier exaggerated reports about him? Why couldn’t the belief that Jesus is God be the result of a legend that was sourced in his own disciples’ wishful thinking and then perpetuated until it grew to the level of accepted fact during the first centuries of the common era?

Such a scenario is virtually impossible. A legend of that status would require more time to develop than the time which transpired during the interval between Jesus’s death and the establishment of the Church. Many people who knew Jesus personally were still alive when the doctrine of His deity was being openly taught and accepted by many local churches.

Think about this. If someone began claiming that you were God within a few years of your death, your spouse, kids, and neighbors would probably set the record straight in a big hurry, wouldn’t they? “Hey, he may have been a great guy, but I knew him well, and he certainly wasn’t God!”

Well, many people who knew Jesus exceedingly well not only failed to refute the reports that He was God, but actually corroborated such claims. Reputable historians and writers with no particular religious axe to grind were also sounding a theme that began with Jesus’ own testimony about Himself. Read on…

SKEPTIC: But Jesus’ disciples had an obvious agenda and a vested interest. They wanted him to be supernatural for the sake of their own reputations!

On the contrary, contending that Jesus was God put the disciples in a very awkward and dangerous position with both the Roman government and their own Jewish religious leaders. Most, if not all, of them eventually died for holding to this doctrine. You and I may know of folks who’ve died because of what they mistakenly thought to be true. But can you think of anyone who has ever willingly died for what they knew to be false? These men were very familiar with Jesus.

SKEPTIC: Okay—so a few men were convinced that Jesus was God. But they were the exception, right? A popular book says that Jesus’ deity was never anyone’s official position until the Council of Nicea in 325 A.D.

Don’t believe everything that you read in a bestseller. Rather, consider this historic facts:

Text Copyright © 2006, AIIA Institute, All Rights Reserved — except as noted on attached “Usage and Copyright” page that grants ChristianAnswers.Net users generous rights for putting this page to work in their homes, personal witnessing, churches and schools.