If bigamy is sinful, why did King Solomon have so many wives?

See this page in: Hungarian 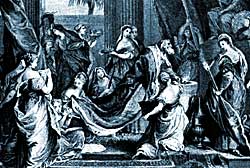 But King Solomon loved many foreign women, as well as the daughter of Pharaoh: women of the Moabites, Ammonites, Edomites, Sidonians, and Hittites; from the nations of whom the LORD had said to the children of Israel,

“You shall not intermarry with them, nor they with you. Surely they will turn away your hearts after their gods.”

Solomon clung to these in love. And he had seven hundred wives, princesses, and three hundred concubines; and his wives turned away his heart.

First Kings 11:1-3 indicates that King Solomon had 700 hundred wives and 300 hundred concubines, many from lands of which God had previously instructed the Israelites to avoid intermarrying. God knew that such intermarrying would lead to the worship of false gods. Why, then, did Solomon do this? 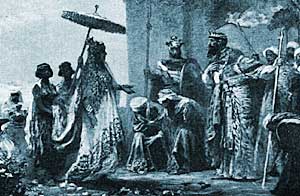 History reveals that Solomon was very aggressive in his foreign policy. In sealing treaties in ancient days, it was customary for a lesser king to give his daughter in marriage to the greater king (in this case, Solomon). Every time a new treaty was sealed, Solomon ended up with yet another wife. These wives were considered tokens of friendship and “sealed” the relationship between the two kings.

In the process of doing all this, Solomon was utterly disobedient to the Lord. He was apparently so obsessed with power and wealth that it overshadowed his spiritual life and he ended up falling into apostasy. He worshipped some of the false gods of the women who became married to him.

Moreover, in marrying more than one woman, Solomon was going against God’s revealed will regarding monogamy. From the very beginning God created one woman for one man (see Genesis 1:27; 2:21-25). Deuteronomy 17:17 explicitly instructed the king not to “multiply wives.”

So Solomon sinned in various ways—(1) he engaged in polygamy, (2) he violated God’s commandment against marrying pagans, which ultimately led to his own apostasy, (3) he collected huge numbers of horses (a large chariot army), and (4) he gathered vast amounts of gold and silver.

For it came to pass, when Solomon was old, that his wives turned away his heart after other gods: and his heart was not perfect with the LORD his God, as was the heart of David his father. For Solomon went after Ashtoreth the goddess of the Zidonians, and after Milcom the abomination of the Ammonites. And Solomon did evil in the sight of the LORD, and went not fully after the LORD, as did David his father. Then Solomon built a high place for Chemosh, the abomination of Moab, in the hill that is before Jerusalem, and for Molech, the abomination of the children of Ammon. And likewise did he for all his foreign wives, which burnt incense and sacrificed unto their gods. And the LORD was angry with Solomon…

Visit ChristianAnswers’ Sex, Love & Relationships section. Discover how to make your love the best it can be. Discover biblical answers to questions about sex, marriage, sexual addictions, and more. Valuable resources for Christian couples, singles and pastors.

Does Solomon allude to his harem in Scripture?