for crude language, violence, brief sensuality and some drug material 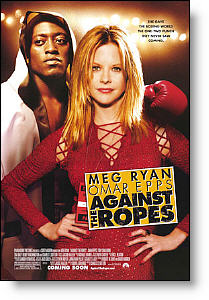 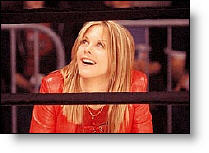 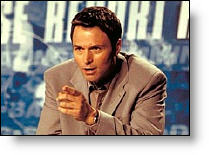 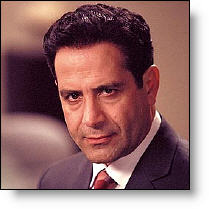 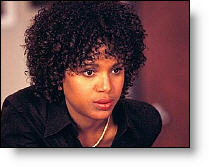 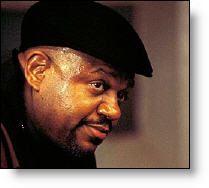 It’s “1972” and a young Jackie Kallen (played well by Skye McCole Bartusiak) sits enthralled ringside as her trainer father, Pete, and beloved Uncle Ray-Ray Kallen box it up. Great start to a potentially great bio of an out-of-the-ordinary modern woman.

After she climbs into the ring and attempts to encourage her Uncle Ray-Ray, she is shooshed out by her father noting that the ring is no place for a girl. Setting the premise for the rest of the film, which is how a woman triumphantly makes it in the male-dominated world of boxing. Her understanding Uncle Ray-Ray, however sees her zeal for the game and encourages her by passing along these words of wisdom: “…girls are like pearls… they’re pretty, and they’re tough!”

Cut to an all-grown-up Kallen at 36 (convincingly fleshed out by Meg Ryan) doing almost all the leg-work for her boss, Cleveland’s top boxing promoter. She has a love for boxing that matches, and at times oversteps, any of her male counterparts. Add to that her unbounding knowledge of the sport over her lifetime, and now we have the friction we need for a good story. She isn’t crazy about the fact, that even now as a grown woman, she is brushed aside and not allowed to use the knowledge she has, except when it benefits the males in her world.

An evening out finds her in a local hangout for boxers, their managers and an assemblance of less than upright individuals, but this is Jackie’s world. She winds up verbally sparring with local boxing management dynamo Sam LaRocca (a typically tough guy performance by Tony Shaloub) who ends up selling her the contract for one of his lesser fighters for a dollar. LaRocca sneers that fighting is not for the faint of heart and insinuates that a woman couldn’t possibly do what he and his equals do within this dog-eat-dog world. At this point Jackie is determined to prove him wrong.

The next day she arrives at the ghetto apartment of her new charge only to find him drugging it up with a friend and observing a fight in which she is impressed by a non-drug using bad guy named Luther Shaw (an always convincing Omar Epps). Kallen sees in Luther an untapped, untrained ability and intuits that he could be a great fighter. After bailing him out of jail (where he has been dragged off after the fight in the apartment), she persuades him with her seemingly contagious positive attitude for success, to be his manager and the rest, as they say, is re-hashed movie history.

The rest of the movie is spent on focusing on how Jackie acquires a trainer, old pro Felix Reynolds (played by actor and Director Charles S. Dutton), help from her best friend Renee (a believable Kerry Washington), and a downplayed romance with local newscaster Gavin Ross (Timothy Daly who puts in his best with a bad part).

The real life Jackie Kallen has graciously allowed the writers to show her in a less than positive light as a selfish dream-stealer, if only for a moment, then she also allows them to let her save the day and get a big sappy round of applause at the end (we are suppose to cry, or at least get misty-eyed). And, guess what folks, it works. It’s all formula, corny most of the time, but manages to keep our attention even though we all know that the “Rocky-esque” fight scene is coming at the big finish.

As I reviewed this film spiritually, I was taken by the way it managed to direct me to these qualities our Lord and the Apostle Paul deemed worthy for us as believers: trust, commitment, hard/honest work, and being humble enough to admit our wrong doings. In addition, it encourages us all to take on the challenges in life, to stick up for a friend and not let them down—that discipline and honesty pay off when vanity and selfishness only leads to grief. Be careful and loving with your friends, be honest with your associates at work. Vanity kills friendships, not to mention your spirit.

The question kept popping up, “What do you give up for what is moral and right?” Remember that Satan offered all to Jesus if He would just bow down to him. Jesus is our example here, showing that material wealth and gain is nothing compared to eternal salvation in Him. Jackie also didn’t know what she was doing to her friend Luther until she saw herself profiled on HBO and realized how the world saw her selfishness. Satan makes us think we are in control and we can handle life, but we are not controlling our life—God is and ever should be in control!

In my opinion, the PG-13 rating of this movie is incorrect. I, personally, would NOT allow any children under the age of 17 to view this film, mainly because of the profanity and sexual innuendos. The verbiage did not seem out of place, however, as long as I kept in mind that these true-life characters are “street” wise and tough. “Against the Ropes” shows the demeaning of women and tries to put forth the world view that women must be tough to survive instead of a blessing to all by their sweet, calm, God loving spirits.

The movie included some temptation of the eye during a brief bar scene (in the background for a few moments) while two characters were having a conversation. There were 3 profane uses of the Lord’s Name. 4 da**s, 6+ uses of sh**, 3 he**s, kiss my ***. In general, the film made name-calling look “cool”—but, keep in mind that this is a rough and tough boxing movie. So, although it made me very uncomfortable, it might not be out of place for those in the world. I would NOT take a child to this movie!

My bottom line is that this movie is a sugar-coated version of what Jackie Kallen’s real life growing up in the boxing world must have been like. Miraculously, there were NO love-making scenes, NO nudity (the women in the bar scene had on 2-piece type costumes), and the f-word was NOT uttered once! Still, my warning would be NOT to see this film because of the profanity and promotion of violence (although the fight scenes are not as bloody, as expected in this very violent sport). Meg Ryan works hard to be Jackie Kallen, but this is not the role she was born to play. Meg is not a brassy exhibitionist, which is a blessing in disguise, as hopefully we will see her next at what she does best, the great comedian and soft, likable, honest girl with a big heart!

Neutral—My dad bought my mom this movie as a Christmas present before either one of them watched it. My mom liked it… I’ve seen the movie myself, and it wasn’t half bad. There is a lot of cussing and more than one innuendo. I thought there were some good boxing scenes, and I was interested in how Hollywood would present this type of sensitive material. As far as morals go, Ropes is pretty much paralleled with the real ins and outs of boxing stardom. However, the friendship between boxer and manager is something that redeems much of the film. They are presented as supporting each other, I liked that aspect. However, there are some adult themes that parents might not want to subject their kids to.
My Ratings: [Average/3]