for violence, sexuality/nudity, language and some drug use. 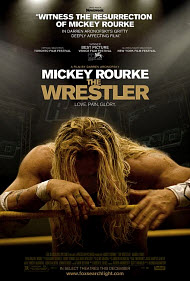 Wrestling in the Bible 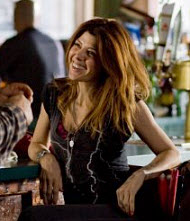 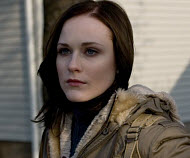 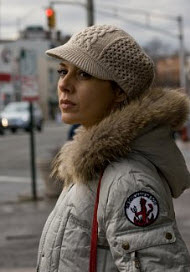 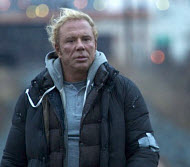 In his novel Timequake, the late Kurt Vonnegut tells of the late jazz musician Fats Waller who, when he was in the throes of a brilliant performance, was prone to yell: “Somebody shoot me while I'm happy.”

Hey! Wouldn't you like to die while doing what you love most?

“The Wrestler” tells the story of Randy “the Ram” Robinson, a pro wrestler who, in his younger days, was at the top of his game. He headlined at major events that filled arena, I guess he was a kind of Hulk Hogan. Now, 20 years later, he's barely making a living on the independent circuit. His modern matches don't take place in Madison Square Gardens. Instead, it looks like they play in elementary school gymnasiums or American Legion halls.

To be sure, Randy is down on his luck. He lives in a trailer, and he occasionally has difficulty paying his rent. He drives a broken down van and earns his living doing menial jobs at a supermarket. He's in love with a stripper at a local strip club, and he has an estranged daughter from whom he desperately wants forgiveness.

There's a scene somewhere near the film's halfway point where Randy lets his guard down and engages in an evening of drugs and fornicating. The consequence he pays for such an action are devastating to him. I appreciated that, actually, and I also appreciated hearing a stripper quote from the book of Isaiah and wax eloquently about “The Passion of the Christ.”

The stripper, incidentally, is played by Marisa Tomei, who does a number of nude scenes in the film. If you're a Christian, that will probably offend you. The language is realistic and profane.

And since it's a movie about wrestling, there is some violence, but the violence is all confined to the ring. Yes, it's fake, and it's fun to see these wrestlers hang out and hug each other just minutes before they enter the ring as “arch enemies.” I'm sure that's what life is like in the real wrestling world.

By the way, “The Wrestler” ends perfectly. There is no contrived Hollywood ending. It's a story about a man who looks for redemption but doesn't quite find it. Unfortunately, that's the sad reality for most.

Positive
Positive—This is the best movie I have seen in a long time. It is not a Christian movie, and there are many scenes of nudity and an explicit sex scene. If one can look past the offensiveness, there is a beautiful and heartbreaking film. Randy (Mickey Rourke) lives an empty life because he has sacrificed everything to his career: his family, his health, and any chance of financial stability.

As old age robs him of his career the film follows his clumsy but heartfelt attempts to reconnect with the people in his life. It is an adult film, not only in objectionable content, but in the portrayals of the romantic and family relationships: they can be harsh, misguided, arrogant, resentful, compassionate and forgiving, just like real life.

When I finished the movie, I called my wife and told her how blessed I was to have her, that I had that deep marital relationship in my life (thank God).

This is one you will think about for a long time. No one could play this role like Mickey Rourke. Just looking at Randy hurts. He sums it up toward the movie’s finale: “In there,” pointing to the ring and the wild crowd, “is the only place I don't get hurt.”
My Ratings: Moral rating: Extremely Offensive / Moviemaking quality: 5

Andrew, age 32 (USA)
Positive—What an amazing and heart-wrenching movie. I totally agree with the reviewer: the film is often hardcore and realistic, and for good reason. Rourke’s character, Randy, is amazingly accessible and dear, inspite of his faults, and Rourke plays him magnificently.

The consequences for bad actions in this film are clear and real, and the ending was indeed perfect: stained with tragedy, but also gratifying for the protagonist. Wonderful film.
My Ratings: Moral rating: Offensive / Moviemaking quality: 4½

Jennifer, age 26 (USA)
Neutral
Neutral—First off, Mickey Rourke is perfect for the role of Randy “The Ram.” The film does an excellent job showing the stark realities of life as a washed-up professional wrestler. The movie also does a great job of building the character of The Ram. The RAM is a very likable, kind-hearted and sweet guy who's life (like his body) is falling apart because it is out of control.

There are some really great scenes with him and the kids from the trailer park and the scene where he takes-over the deli counter will bring a smile to your face. You learn to love, and to feel sorry for this guy—but you will also be frustrated by his inability to let go of the wrestling life and to stop making poor decisions. The relationship he has with the other wrestlers is a pleasant surprise—he is a natural encourager and again, you can see his heart of gold as he interacts with everyone he meets.

His love interest is a stripper, who, like Randy has heart of gold. Like him, she is trapped in a dark profession—you can see the despair in her eyes as she works to save enough money to move to a better place and a better lifestyle with her son. She sees the goodness and the despair in Randy, and she tries to help him through a tough time as he tries to repair his relationship with his estranged daughter.

He is estranged from his daughter because for years he neglected her while he pursued his career. She hates him; he seeks forgiveness and attempts to establish a relationship with her. However, he has many demons that haunt him and get in the way.

Sadly, this film has almost no redemptive features—it could have been so much better, I feel like the performances of Rourke and Tomei were wasted on a story that leaves the audience flat and depressed.

Brad Morgan, age 44 (USA)
Neutral—I can't give this movie a positive rating because of the brutality of the wrestling scenes and the large amount of nudity by the strippers.

However, it is a poignantly written and performed story of a man whose only success in life has been wrestling, and who has aged and lost his ability to provide for himself. Mickey Rourke is simply astounding in this role of the aging, sick, lonely and awfully sad man. We can see him struggle with his nature, which just doesn't want to abide by societal rules which would help him with his daughter or his part-time jobs. He's a rebel at heart. I am glad I saw his performance. Rourke towers over the whole movie, and I thinks makes us think about how we make decisions and what “drives” us.

I thought Marisa Tomei’s acting as the stripper he cares about is either not well done, or not well written/directed. It just didn't work for me. She did not present a clearly defined personality.
My Ratings: Moral rating: Very Offensive / Moviemaking quality: 4½


Halyna Barannik, age 62 (USA)
Neutral—Having watched this film recently with a few Christian mates, if we'd known there was going to be a very explicit sex scene in the film we wouldn't have watched it. I agree largely with the review, but feel that it should be more clearly stated that there was a sex scene in the film that is nothing less than hard core pornography to watch—rather than just saying there was a bit half way through the film where he engaged in fornication and not expanding.

When we watched the film, and I agree it is a good film, we fast forwarded through the strip club scenes, but that sex scene caught us off guard because it just changed scene from the bar straight to it. I feel that's the kind of thing you need to mention in a review, so as Christians we can make an informed decision whether to say yes to watch it or no. Keep up the reviews, do appreciate having a site like this out there.
My Ratings: Moral rating: Very Offensive / Moviemaking quality: 4

Leighton, age 22 (Australia)
Negative
Negative—I thought this movie was horrible. The nudity and sex scenes were extremely offensive. I could not even make it through half the movie. We purchased the DVD and chose to throw it away instead of passing it along as we do with other movies. I would not recomend it to anyone.
My Ratings: Moral rating: Extremely Offensive / Moviemaking quality: 3