Assassination of a High School President

for sexual content, some nudity, language, and drug and alcohol use—all involving teens. 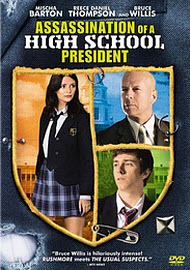 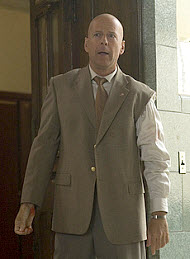 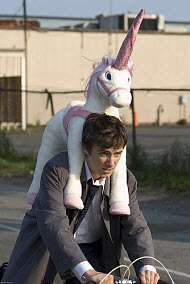 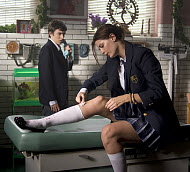 Learn how to make your love the best it can be. Discover biblical answers to questions about sex, marriage, sexual addictions, and more.
Christian living

“Politics, popularity, paranoia, pharmaceuticals. Are you in?”

The title “Assassination…” lures you in with thoughts of guns and shooting and intrigue, which, of course, it is not. This movie continues to lure the viewer with empty promises, inappropriate behavior and dead-end concepts through to the very end. While it is a movie about high school, I’m not sure who this movie was targeting as its audience. I don’t think any teenagers will really like it. It didn’t appeal to me at all as an adult. It is certainly inappropriate for minors of any age. Who is left?

I am always intrigued with Bruce Willis movies. His great acting ability, comedic view of everything and willingness to delve into the most bizarre stories appeals to that quirky and semi-dark side of this viewer’s persona. However, Mr. Willis seems to hold a mostly cameo role, while his ability to develop and contribute to the story are never really tapped into. If you are going for Bruce, find another movie.

In a nut shell, the story is based on a terribly dysfunctional Catholic school where drugs are being illegally dealt and financed with student body funds. The school president becomes the fall guy, while the newspaper nerd rises to power and sexual fulfillment and then becomes the fall guy, as well. Tying the whole picture together is a terribly random storyline that is overly complicated, under developed and laced with horrible language, dysfunctional high schoolish behavior and, of course, snippets of inappropriate sexual scenery.

For the Christian viewer, this is a slam dunk movie for the Do Not Watch list. There was no way to keep track of the 20 plus uses of the F-word, consistent use of B*t*h as a common descriptive term or put down, multiple other foul language and the occasional (once is way too many) use of the Lord’s various names in non-respectful terms. Cap all of the foul language with drug use, sale of drugs, drugs as a major theme of the plot, sex, nudity, inappropriate and disrespectful expressions of sexual relations, alcohol use, one scene of 2 girls heavily kissing, consistent and persistent innuendos and the bashing and degrading of a Catholic high school, sink this movie to the near bottom of inappropriate movies. Ephesians 4:29 addresses what comes out of your mouth. It seems that, as a viewer, this would also apply to what goes into your ears.

If Christian ideals, biblical mandates and respect for Yehoshua (the Lord of salvation) do not matter to your movie viewing experience, let me assure you, you will still be disappointed. Having read the previous paragraph, the temptation for some will be to GO to the movie because it contains the stuff you like. Let me assure you that the smut and filth are so poorly done that it won’t even be enjoyable to someone who would select a movie based on inclusion of these things. It will be a waste of 88 minutes of your life and the dollars you will spend.

I’m afraid that I could not find anything truly positive in this movie. For a few moments, I believed we were going to see the school nerd redeemed and rise out of the mire that many students feel oppressed by. Unfortunately, it all ends in a fraud, and any rise to personal self-esteem is based on sexual satisfaction. I suppose the best thing that can be said of this movie is it describes what not to do as a high school student and what not to spend your money on when going to the movies.

Movie Critics
…Twisty but soft-boiled comic yarn follows an aspiring journalist who uncovers a web of not-so-intriguing intrigue within the student body, including sex, drugs, exam thieves and paintball snipers. …

Justin Chang, Variety
…a small and pleasant surprise. It’s a mostly energetic satire of the sexual, social and political hierarchies of contemporary high school reconceived, like Rian Johnson’s Brick, as a postmodern noir. Its throwaway accessibility makes it go down very easily. …