Mandie and the Secret Tunnel 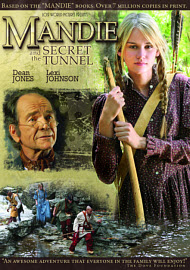 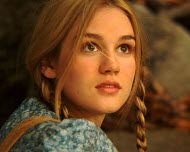 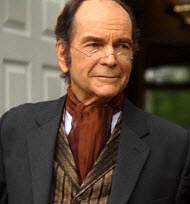 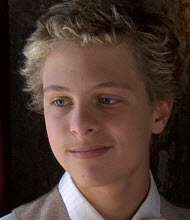 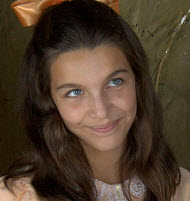 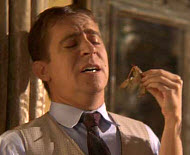 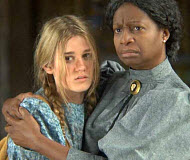 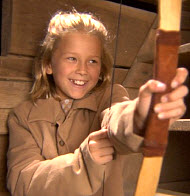 Prayer in the Bible

PARENTING TIPS ON TEACHING THANKFULNESS—Besides saying grace at meals, how can I teach my child to be thankful? Answer

Mandie Shaw was a constant friend and companion through my childhood years. I followed her adventures raptly and eagerly, thrilled by the excitement, yet also enthralled by Mandie’s obvious faith and her easy way of talking with God. Once I heard about the film being produced, starring Lexi Johnson and Dean Jones, I knew I had to give “Mandie and the Secret Tunnel” a sporting chance.

It is 1899 when Amanda Shaw’s father (Adam Boyer) dies in a hunting accident. She is left only with her cold and empirical mother and disinterested sister for relations. Mandie has never felt so alone and helpless. Her father’s Cherokee friend, Uncle Ned (Craig Reuben), offers what support he can, and there is always Snowball, her cat, but Mandie dreams of family who understands and loves her. Mandie’s future alters from its path when Etta Shaw (Angela Oberer) decides to hire Mandie out as a servant several valleys away. Running to Ned for aid, he finally confides in her that she has an uncle, but that he and her father did not part on the best of terms.

Mandie decides her only option is to flee to her uncle for protection. She and her father were always kindred spirits, and she expects no less of her Uncle John. Making her great escape in the middle of the night, Snowball in tow, Mandie is guided by Ned and his Cherokee companions, right up to the road leading to the Shaw Manor. The household erupts in shock at Mandie’s arrival, most of the servants being unsure, until Jason Bond (Dean Jones), caretaker, confirms Mandie’s identity. The news, however, is not good for Mandie when it appears her uncle has been killed when his ship sank in the crossing from England to America. But Jason Bond is a kindly soul and will not turn Mandie out into the street, not when he sees the family resemblance shining in her eyes. Now raises the issue of where Mr. Shaw hid his will. Is Mandie’s father a beneficiary and can Jason Bond keep the treasure hunter’s at bay long enough to locate it?

There was a genuine effort exerted to make this film as near to “A” quality as possible for its genre. I would say that it is definitely on par with “Little House on the Prairie” and other such series and films. A lens filter technique was used for the camera to help with the illusion of this story happening over 100 years ago. The scenery is lush and green, and the house used for Shaw Manor was stunning, both inside and out.

There were some changes from the original story, but nothing major. Obviously, Lexi Johnson is older than Mandie by a few years, not the 12-year-old I had always pictured. But she fully embodies Mandie’s spunk and fire, helping complete the image held by fans. Dean Jones is the show stealer, as usual. It’s good to see him still capable of stellar performances. Jason Bond is much more approachable in the film than I remember from the book, and I attribute that entirely to Dean Jones.

Any romance is minimal. I’m sure fans of the book will remember Mandie’s flame, Joe. Violence is also kept to a minimum. It’s more of an adventurous thrill than danger, especially once Joe joins Mandie at Shaw Manor. A man threatens to shoot a cat (does not happen). The movie did answer some questions that hadn’t even been asked yet, a fact I found a little odd—and all through a series of remembrances of stories Mandie’s father told about an Indian princess. This “story” is filmed and intermingled with Mandie’s story, making it a tad confusing at times. But only a tad.

The characterizations were brilliant quality and well-developed. I must praise the scriptwriters for the obvious effort they extended toward dialogue. The acting on the part of everyone was of a very high quality from very talented individuals from the largest role to the smallest. I was especially fond of Brandi Nicole Feemster as Liza and Amanda Waters as Polly. If I could make a change to this movie, except for removing the extra “story,” it would be to hear Mandie pray. I remember from Lois Gladys Leppard’s wonderful series that Mandie spoke to God regularly. Even when she was upset with Him, Mandie always prayed. In the film, she prays twice, but not to the same extent as the original story. It is still obvious that Mandie is a Christian, as is her father’s American Indian friend Uncle Ned. The Cherokee legends mentioned are just that, legends, and there is no mysticism present. Her faith in God is restored by the end of the film, when she calls to heaven, “I don’t want to be mad anymore!”

Anger at the Lord lasts only a brief while for most Christians. It is the same when we are facing a challenge in life. It only lasts for a season, and then we find that God had a good plan for our lives all along. We just couldn’t see it while going through the storm.

Adults might find “Mandie and the Secret Tunnel” a little underdeveloped, because of its occasional side-tracks. For young children and families, however, this movie is a perfect diversion. Very little was changed from the original plot, and the filmmaking was high enough caliber for me to finish it with a very happy sigh of enjoyment. Now I can only sit back and hope the filmmaker’s dreams to make the second film come to fruition.

Positive
Positive—This movie was a great movie to watch! I watched it with my best friend and her family and all of us enjoyed it. It was clean, and interesting. The movie quality was great, which I wasn’t sure how it would be because it wasn’t a movie with a huge budget. This is a movie that you could suggest to anyone without a second thought.

Although some of the actors were new, they all did very well “Jason Bond” (Dean Jones) Did a great job. Made you want to give him a hug. “Mandie”(Lexi Johnson) had the perfect innocent and curious look that this movie needed. And when “Uncle John” (Szymon Karl) came in,it was great! His character was totally funny and cool. Great movie! Watch it!
My Ratings: Moral rating: Excellent! / Moviemaking quality: 4½

Rachel Emmons, age 19 (USA)
Positive—Mandie and the Secret Tunnel Morally a very good film, the story was enjoyable and uplifting. Technically the film was also excellent (photography, costumes, sets were great), but I downgraded it to a 2 (below average) due to some pervasive poor acting by some of the actors and by the sheer unbelievability of the story.

While the actress playing Mandie did a great job and Dean Jones was also good, the acting by Mandie’s (supposed) mother and her mother’s boyfriend was amateurish and unbelievable. Also the two houseguests who wanted the inheritance were way over the top (not in the least believable).

The story itself was presented in a very contrived way, with no sense of subtlety, again very poorly executed (news has just arrived of Mandie’s uncle’s supposed demise and out of nowhere his “relatives” arrive to claim their portion. Where did they hear so quickly? How did these other “guests” get welcomed so easily, how did they get such access to this house?)

While I enjoyed the movie overall, I had to consciously ignore these two elements (poor acting and script) to appreciate the positive elements of the story.

I definitely disagree with the reviewer that put this on par with Little House on the Prairie. If the acting had been more evenly excellent and if the story itself had been presenting in a different, more believable way, this could have been an excellent Christian film. Instead it is one more enjoyable, though ultimately disappointing effort to create quality Christian-based entertainment for the general marketplace.
My Ratings: Moral rating: Good / Moviemaking quality: 2

Comments from young people
Positive—I watched “Mandie and the Secret Tunnel” with my family. It is a good movie. The acting is the best, but for true Mandie fans, like myself, it is really cute. Dean Jones is great as he portrays Jason Bond, and Mandie (Lexi Johnson) is pretty good. This movie is good for younger kids and Mandie lovers of all ages.
My Ratings: Moral rating: Good / Moviemaking quality: 2½