for language, some sexuality/nudity and brief violence. 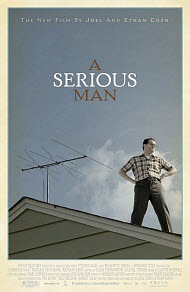 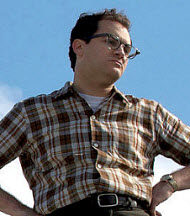 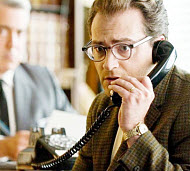 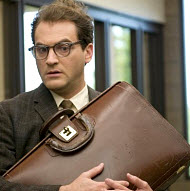 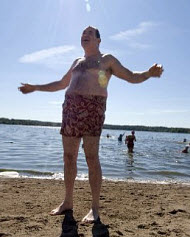 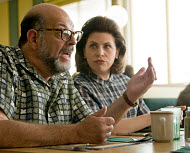 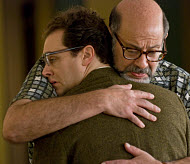 Stories: A Call to the Jews

Stories: Meryl Konrad’s story of how she began to worship Jesus as the Messiah

An open letter to Non-Messianic Jews

I suppose one of the challenges with winning two Academy awards for your pictures is you get a wider, unsuspecting audience to your films that come to have certain expectations of the films you make. Leave it to the Coen Brothers to dash those expectations, for the Coen Brothers are anything but conventional filmmakers.

“A Serious Man” is essentially the story of Job, well, if you took Job and placed him in 1967 Minneapolis, gave him two self-centered teenage kids, a wife yearning for change, and an overbearing, cyst draining brother. In this scenario, the Job character is college, science teacher Larry Gopnik, a man trying to be “a serious man.” And though, as he continually argues, he “didn’t do anything,” a lot of stuff is happening to him that is causing his world to crumble around him.

His wife wants a “get,” the Yiddish term for a divorce, so that she can get married to all around nice guy Sy Abelmen. His pot-smoking son is learning Hebrew in order to recite the text from the Torah for his Bar Mitvah, though he can’t get through his Hebrew class without listening to Jefferson Airplane through an earplug attached to a mini tape recorder. His daughter is too busy washing and fixing her hair to notice the marital problems of her parents.

And if things were not bad enough at home, he is up for tenure at work, but is being sued by the parents of one of his students for giving the student an “F.” His life has gone to “la’azazel.”

In order to find out why his life has taken such a turn for the worse, he seeks the sage advice of a series of Jewish rabbis to find out why “Hashem” would punish him so when he has done nothing to deserve such punishment. It is this search for answers from God that frames Larry’s quest and provides the story to the Coen brothers most deeply provocative film to date.

The movie starts up with a prologue about a Jewish man and his wife who debate whether a chance encounter with a “dybbuk” (a dead person with an evil spirit) will bring a bad curse to their Polish shtetl. Though it is initially difficult to discern what the scene has to do with the plot of the film that follows, it all ties beautifully together in the Coen Brothers’ contemplation on Judaism, faith, fate and the nature of luck. The opening will be much debated. The closest cinematic comparison that can be made would be the series of seeming coincidental events that start up Paul T. Anderson’s faith contemplation film “Magnolia” (1999).

The film does take place in the late sixties, and many aspects of that era are on display here. One of Larry’s neighbors (a single woman who is exploring all the possibilities of “free love”) sunbathes in the nude. Larry discovers this while on the roof fixing their TV antenna, and we see her au natural.

Another aspect of the 60’s culture, of course, was the drugs. Larry goes over to visit his “free-love” neighbor to be a good neighbor and commit a “good deed” with hopes of changing his luck. His visit ends up being an opportunity to experiment with smoking marijuana and committing infidelity with his neighbor—being as he has not yet divorced when this act occurs. Though there is no actual nudity in the aforementioned scene, we do see her on top of him as he lays on his back, and they go through the act. When we see his point of view, it is clear that he is high as this scene unfurls.

His son Danny also dabbles in marijuana, and there are a couple scenes of him smoking “pot” with his friends. In one scene we see his first person point-of-view perspective while under the influence of the substance.

The most prevalent aspect that one would find offensive would be the profanity. Though there is not a lot of profanity, there are a few instances of your standard variety curse words. In particular, one of Danny’s best friends is trying out his new-found love for the “f” word and uses it as an adjective in just about every sentence that comes out of his mouth.

There is a scene late in the film where a person gets shot in a rather violent fashion.

As with any offering from the Coen Brothers, you cannot judge anything on face value. The film is a dark-comedy that takes a humorous and exaggerated look at a Jewish family living in suburban America. This is the Coens at their most idiosyncratic. This is the “O, Brother Where Art Thou?” Coens. This is the “The Hudsucker Proxy” Coens. This is the “Barton Fink” Coens. If you enjoyed any film from that batch whipped up from brothers Joel and Ethan, you will probably fall in favor of this offering as well.

Positive
Positive—re: reviewer’s comment: “His visit ends up being an opportunity to experiment with smoking marijuana and committing infidelity with his neighbor—being as he has not yet divorced when this act occurs. Though there is no actual nudity in the aforementioned scene, we do see her on top of him as he lays on his back, and they go through the act. When we see his point of view, it is clear that he is high as this scene unfurls.” The above reviewed scene is a dream. A DREAM. The character wakes up in a sweat from it, not the act of infidelity. There is no infidelity.
My Ratings: Moral rating: Good / Moviemaking quality: 5

Steven, age 67 (USA)
Positive—I liked this movie a lot—it deals thoughtfully with many issues in the Book of Job (on a personal level), but, also, with the quandary of a decent, moral and traditional man who is just beginning to perceive that the culture and society he knows is shifting alarmingly under him and ultimately coming apart (perhaps symbolized by the ending sequence). Its portrayal of a 1960’s Hebrew School class is spot-on and brings up a lot of not-so-great memories at least in this writer. The one false note, at least from my experience was the pot-smoking, which was certainly not occurring at that time at any Hebrew school I knew of.

I, also, concur with the other reviewer in pointing out that his “adultery” was a dream sequence and very discomfiting to our protagonist and his fundamental decency. Finally, though as a Christian I try to avoid scenes of nudity, in this case it was perhaps valid—I would refer viewers to 2 Samuel 11:1-5. Those Coen brothers are nothing if not sly!
My Ratings: Moral rating: Average / Moviemaking quality: 5

Eric, age 59 (USA)
Neutral
Neutral—I enjoyed “A Serious Man” because it allowed me to view a movie where the main cast member was seeking answers from God. It is refreshing to see a movie where God is honored to such a degree where he is genuinely sought after, be it of the Jewish faith. Also, I enjoyed watching a movie exploring some of the customs of the Jewish faith. The Jewish faith is my favorite faith, apart from the almighty truth of Christ himself. I could’ve done without the nudity.
My Ratings: Moral rating: Offensive / Moviemaking quality: 4