An open letter to our non-Messianic Jewish friends

The following article is addressed primarily to those Jews among our friends and readers who remain unconvinced that Jesus of Nazareth is the promised Messiah and, therefore, the Son of God.

“He was despised and forsaken of men, A man of sorrows, and acquainted with grief; And like one from whom men hide their face, He was despised, and we did not esteem Him.” —Isaiah 53:3 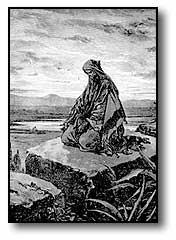 The fifty-third chapter of the Book of Isaiah the prophet has long been a controversial text in Jewish literature, and remains so today.

One source says, “Isaiah 53 is so controversial that many Jews think the chapter [must have been] added after Christ!” However, the fact is, Isaiah was penned by the celebrated prophet Isaiah seven full centuries B.C. (before Christ).

Another source alleges that Jewish teachers today markedly avoid Isaiah 53, and that “…this passage [has come to be] called the ‘bad conscience of the synagogues’.”

I have personally spoken with a number of Jews over the years, including at least one rabbi, who have seemed intent on side-stepping my questions about the proper and best interpretation of Isaiah 53, or who have even very conspicuously tried to change the subject altogether.

“But He was pierced through for our transgressions, He was crushed for our iniquities; The chastening for our well-being fell upon Him, And by His scourging we are healed.” —Isaiah 53:5

[How did Jesus die? Learn the facts.]

Venerable Bible scholar Henry Halley once described this text as being “…so vivid in detail that one would almost think of Isaiah as standing at the foot of the cross. It cannot possibly fit any person in history other than Christ.”

And yet, for the most part, non-Christian Jews today would outright deny that view. Why?

The most common alternative interpretation of Isaiah 53 by Jewish scholarship today is that the 'suffering servant' in this text is either an unknown temple priest or, most probably, the nation of Israel itself.

But such an interpretation only leads to further questions and objections.

The Nation of Israel? 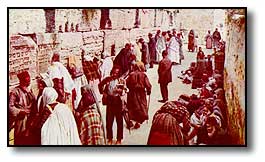 The view that Isaiah 53 actually refers to the nation Israel itself is a relatively recent one. Ancient rabbinical sources depict an unquestioning acceptance that the Messiah would indeed be a suffering servant.

In the portion of the Midrash known as the Haggadah, the tractate interestingly links Isaiah 53 with Psalm 22, another text from Jewish Scripture that graphically portrays a crucifixion scene 1000 years before Rome ever began using crucifixion as a form of capital punishment. Read Psalm 22!

Interpreting the suffering servant of Isaiah 53 as the nation Israel distorts the natural sense of the passage. This was also the view of the 14th Century rabbi, Moshe Cohen Crispen, and many other rabbis of his era. See The Fifty-Third Chapter According to Jewish Interpreters, © 1969 KTAV Publishing House.

“All of us like sheep have gone astray, Each of us has turned to his own way; But the Lord has caused the iniquity of us all To fall on Him.” —Isaiah 53:6

Has the nation of Israel ever suffered willingly, without protestation, voluntarily?

Has the nation of Israel ever actually died, i.e., ceased living, expired? Clearly not. And yet Isaiah says this of the suffering servant:

“His grave was assigned with wicked men, Yet He was with a rich man in His death, Because He had done no violence, Nor was there any deceit in His mouth.” “Therefore, I will allot Him a portion with the great, And He will divide the booty with the strong; Because He poured out Himself to death, And was numbered with the transgressors; Yet He Himself bore the sin of many, And interceded for the transgressors.” —Isaiah 53:9, 12

May the God of all truth
convict & enlighten you
by His Word of truth.

If you are a biblical follower of Jesus Christ who is interested in sharing your faith with Jewish friends, please visit our page on Judaism in our Effective Evangelism section. The site includes articles on Judaism, stories from Jewish people who have trusted Yeshua as the Messiah, recommended resources, and more.

Copyright © 2001, 2002, AIIA Institute, All Rights Reserved—except as noted on attached “Usage and Copyright” page that grants ChristianAnswers.Net users generous rights for putting this page to work in their homes, personal witnessing, churches and schools.