Hoodwinked Too! Hood vs. Evil

for some mild rude humor, language and action. 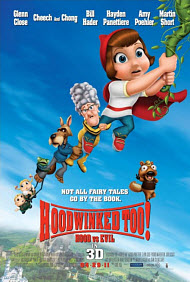 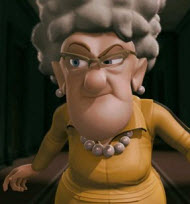 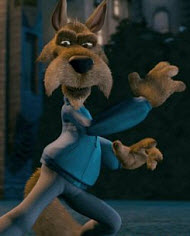 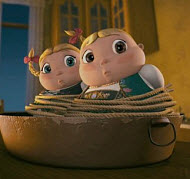 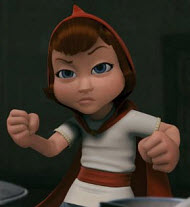 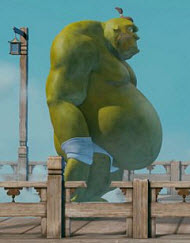 wolves in the Bible

witch in the Bible

“Not all fairy tales go by the book.”

The original “Hoodwinked” told the story of “Little Red Riding Hood” from the viewpoint of all the main characters amidst an animal led crime scene police investigation. The film poked fun at traditional fairy tale features with songs, modern cultural references and recognizable movie lines. By the end, the characters had decided to join the “Happily Ever After” (H.E.A.) agency as its newest agents.

“Hoodwinked Too!” picks up shortly after the first film ended with an original story that kicks off with the team of Nicky Flippers (David Ogden Stiers), Big Bad Wolf (Patrick Warburton), Granny (Glenn Close and Twitchy on a rescue mission. Meanwhile, Red Riding Hood is away at a monastery undergoing special training with a mysterious ‘sisterhood’ that Granny had gone to many years ago.

After Granny is kidnapped by the same witch holding Hansel & Gretel, Red (Hayden Panettiere) reluctantly teams up with the Wolf to find Granny before she is forced to give up the secret recipe to the ultimate truffle cupcake which will make its eater unstoppable.

Our heroes will encounter new friends and enemies along the way including the witch (Joan Cusack), a Giant, ably played by Brad Garrett as a mobster, and Wolf’s old enemies, the three little pigs, two of which are comically played by Cheech and Chong.

Violence—Moderate for a kid’s film. There is a lot of fighting throughout including a groin injury, characters falling from great heights, missile shooting pigs, explosions and kidnappings. A very large spider appears in the final act and this will be especially scary to younger children. In consideration of its younger audience, no one is ever actually hurt in the film though the threats seem real enough. Red also gives a troll bridge an unnecessary wedgie.

Sex—Minor. The squirrel, Twitchy, when he is paid a visit from the Wolf, is seen kissing his two girlfriends goodbye as they leave his bachelor pad trailer.

Language—Mild. ‘Muffins’ is the most common expletive by several of the characters. After the aforementioned groin injury the Wolf says, “Ok, I can taste my own butt”. ‘Stupid’ and ‘Jerk-face’ are typical of the level of insults thrown derogatively about. A former competitor of Granny’s, who came in second once, refers to herself as feeling like a “…big pile of number 2.” The Lord’s name is never taken in vain, in fact never mentioned with the Wolf muttering humorously the only prayer when he foresees doom and says, “Now I lay me down to sleep…”.

The two morals featured were that of acceptance and redemption.

When Red and the Wolf feel they may just die, both come to admit that they had talents that the other did not appreciate. This understanding of the value of the roles each must play is reminiscent of what Paul the Apostle was explaining to the people that make up the body of the church:

At one point Granny tells her former rival that, “You were never #2 to me”, which plays a big part of that characters redemption later on. In fact, the Word of God tells us to encourage each other for exactly this reason.

“Let us therefore make every effort to do what leads to peace and to mutual edification” Romans 14:19.

Told in a very straightforward manner, “Hoodwinked Too!” bears little resemblance to its predecessor and is not nearly as clever or witty in its storytelling. Scenes, at times, start and end abruptly in a very haphazard fashion with its fun-filled, properly developed and well transitioned scenes being too few and far between. Frequent, highly implied perils make it unsuitable for younger kids, but should please older ones with no expectations beyond a regular cartoon adventure.

Positive
Positive—I was disappointed by this film, because it was not a true sequel to its highly witty and funny forerunner. But it is a sound children’s picture. My only criticism of the film is that Red Riding Hood could have a wardrobe of clothes and not just the same drab washed out blue jeans throughout. The review basically says it all. In Christian terms, it is a film that you can take your children to and for that we should all be grateful.
My Ratings: Moral rating: Better than Average / Moviemaking quality: 4

Blue, age 53 (Australia)
Neutral
Neutral—First of all I must say that if you are expecting this to be of the same story style as Hoodwinked 1, you will be disappointed. I know I was. The first Hoodwinked story was basically the tale of Red Riding Hood told over and over again from the varying perspectives of the different characters, and it was interesting how the minor details came together to create this really wild story. I was expecting Hoodwinked Too to be like that, but, unfortunately, it wasn’t.

This story may offend people regarding the witch in the story, but if you are okay with classic fairytales you should be okay with this film. Other issues may be the characters arguing with each other, minor sexual references (they are kept minor in this film, which is why I chose to rate it “Better than Average”); I do not recall hearing The Lord’s Name in vain mentioned, but that doesn’t mean it wasn’t there.
My Ratings: Moral rating: Better than Average / Moviemaking quality: 5

Veryan, age 22 (Canada)
Negative
Negative—I didn’t see the first movie. I took my 3 and 5 year olds to this. Boring, I must say. None of us laughed, except I did at the chupacabra reference, because that is a long standing joke with me and my kids. There is a swear from an old “Star Trek” show, while the wolf is watching TV. Totally unnecessary. And the squirrel kissing 2 girls as they leave his home, also unnecessary.

All in all, I did not see this movie as Better Than Average in moral quality and in terms of entertainment, dull. Any kids cartoon that has a swear in it is offensive. They know the audience they are making the film for—to add a curse is inappropriate.
My Ratings: Moral rating: Offensive / Moviemaking quality: 3

Andrea, age 38 (USA)
Negative—“Hoodwinked Too! Hood vs. Evil” is not only a poorly made movie, it is filled with moments of questionable content. The major sour points as a Christian parent were the two characters that appeared to be homosexual—the Troll, and the Lumber Jack. We as Christians need not endorse such characters in our entertainment choices, and we need to send Hollywood a clear message that this will not be tolerated, by not renting/viewing such movies. I urge Christian Answers contributing reviewers to make note of any characters in movies so we can choose what to endorse and not to. Poor story line, no real climax, no real likable character, and questionable content scattered throughout. This movie was Extremely Offensive as a Christian and from a moviemaking stand point.
My Ratings: Moral rating: Extremely Offensive / Moviemaking quality: 1

Carista, age 26 (USA)
Comments from young people
Positive—I have been waiting for this film for a few years now, and whether it was worth the wait is debatable. Being a huge fan of the original, I had a feeling it wouldn’t be as great, and I was right. While it was interesting to see the world flesh out, the humor extended into not so friendly areas, as well. The crotch kicks and bathroom jokes were unnecessary, and are especially weird considering that the first movie had none whatsoever.

While the rating says that it’s rated for “mild language,” as well as crude humor and action, I would like to say that it’s a single word not even spoken by one of the characters. Wolf only stumbles upon it when he’s channel surfing. Though the movie has these problems, it has its good moments, as well.

There were some good clean jokes and clever scenes. There was some interesting character development introduced, and I particularly enjoyed the action sections. So while I have rated “Hoodwinked Too” as positive, I believe that other people’s opinions depend on who they are. It’s worth a watch, but you might want to take a matinee or morning showing, just in case.
My Ratings: Moral rating: Better than Average / Moviemaking quality: 3

Moriah, age 14 (USA)
Positive—This is a must see movie. I loved all the parts, my favourite part was when Hansel and Gretal got so fat, they were like beach balls! The witch, who is Granny’s sister, was sick of being second, so she became evil. However, in the end, she becomes good and saved the day. Hoodwinked 2 was the best movie I saw in months.

The bad part was when Twichy was talking very fast, and he just happened to say “Oh my G-d.” The main thing this story told me was: Don’t respond to someone with anger, if they tease you, just ignore them. That was the problem, Red always did respond with anger if someone said she was a scaredy cat. This story has its scary parts (like when a huge spider attacks Red). That part will get your little ones scared to death. The wolf also happened to say, “I guess I had a taste of my own butt.” I don’t have a problem with that.
My Ratings: Moral rating: Excellent! / Moviemaking quality: 5

Hannah, age 11 (Australia)
Negative—Not the best. It didn’t live up to its sequel, that was funny, and the first one was a twist on Red Riding Hood Tales, but in a witty detective way. This one only served to bring dumb spy films. I feel that most movies are being made very inappropriate, and are being made into spy films that are boring. I would say, skip it, and never watch it! It was a waste of my time.
My Ratings: Moral rating: Average / Moviemaking quality: 1