for some mild thematic elements. 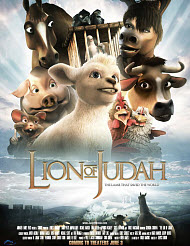 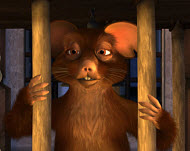 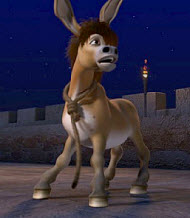 Who was “Judah” in the Bible? Judah / Tribe of Judah / Kingdom of Judah

How did Jesus die? Answer

redemption by our Redeemer

resurrection of the dead

Do you understand God’s Story? Take a multimedia journey through the Bible, from Creation to eternity. Hear and read an exciting summary of the Bible’s most important records, in chronological order.
about God

What is the Gospel? Answer

“The lamb that saved the world!”

“LLion of Judah” is an animated Christian film literally years in the making. Its release had constantly been pushed back as the makers tried to polish the animation. The story is about farm animals in Israel at the time of Christ’s crucifixion and resurrection. Here the “Lion of Judah” is actually a literal lamb who is sent off to Jerusalem to be sacrificed on Passover. His friends, including a pig, set out to Jerusalem to rescue him and encounter Jesus Christ on the day of his trial and execution.

The film is obviously filled with analogies, imagery, and humor. Biblically, the film teaches about Jesus” substitutionary sacrifice, and there is a subtheme about Jesus making the unclean clean (the pig and other unclean animals feature prominently in the film). It features the voices of Ernest Borgnine and Michael Madsen and solid Christian music. The animation itself is lackluster. It is not by any means bad, but they obviously lacked the money to polish the animation in the same way that Disney and Dreamworks do, but, given its low budget origin, it is easily forgotten and only seldom a distraction to the film. The directors intentionally avoided too many views of human faces, which is good directing style, but also was (I suspect) done to avoid the issues with unpolished animation. The music is one of its strengths. Although personal taste will vary depending on the particular song, the background music works effectively and enhances the film’s appearance.

Finally, the script, itself, is a solid attempt, with an original concept and imagery, but nevertheless flawed. There are many moments where you feel you may be watching a Saturday morning cartoon, but there are other moments when the script shines, and the originality of the film’s concept stands out. A little more polish on the script might have made the film a classic.

From a Biblical point of view, some people have already criticized the film, but some of these criticisms are unfair. For example, one critic noted that Jews don’t have pigs and that every school child should know this. However, when you watch the film, it is apparent that the author is trying to make a point about the unclean (there is even a quotation from Peter’s dream—Acts 10:10-15) being made clean through Christ. This, of course, is not necessarily speaking about unclean animals per se, but our sins. So, also, the sacrificial lamb calls himself a lion on several occasions, because he dreams he is a lion. Jesus, the real Lion of Judah, came in 33 A.D. As a sacrificial Lamb. The Biblical analogy is obvious, and the lamb of the film learns that Jesus took his place in order that the sins of man might be forgiven.

One could easily pick on some minor errors and omissions. When Jesus dies, the only ones at the foot of the cross are the animals. Where are Joseph and Mary and the soldiers! The truth is, the budget limited the animation, and the human characters are almost always off screen somewhere, but this does become a distraction in scenes like this, where it is so obvious. Another error is when Passover is described early in the film, there is actually not a single reference to the Passover in Egypt! Passover is simply described as a time when people come to confess their sins and be forgiven. Some Jews may cringe at the omission. Nevertheless, these are relatively minor flaws in the overall scheme of the film.

What is the Passover, and why is it significant for Christians and Jews?

In the final analysis, “Lion of Judah” is a film which cries out to be a classic Easter film, but it is held back by its low budget origins and lack of polish in scripting and animation. I am reminded of the Disney film THE SMALL ONE, about the donkey Mary rode to Bethlehem. That film is a true classic. LION OF JUDAH possesses the potential to be even better than that, but for inconsistencies, unpolished script, and some scenes which just feel awkward (the absence of humans at the cross or tomb in particular). These flaws aside, I highly recommend the film as a children’s film. It is better than many of the Veggie Tales, but cannot live up to the old classic Disney standards. It is definitely worth a look, however, and may even become a part of your collection.

Comments from young people
Positive—This movie was very good! The animation reminded me of the animation in the “Hoodwinked”! films… it’s a great film! I always wanted a Christian film about animals—and here we go, one about cute, cuddly, adorable animals!! …It’s a nice, little, light movie for like 80 min. … Enjoy it!
My Ratings: Moral rating: Excellent! / Moviemaking quality: 5

Andre, age 15 (Canada)
Movie Critics
“…aimed at the very youngest Sunday School students… Where ‘The Lion of Judah’ falls short is in the dialogue (banal), the jokes (weak) and the sight gags, which, like everything else animated here, leave a lot to be desired. …”

Roger Moore, Orlando Sentinel
“…a well-intentioned film… Enough elements of this Barnyard-meets-Sunday school flannelgraph parable do come together to illustrate the value of friendship, selflessness and courage in the face of crisis, not to mention Christ's redeeming power, love and sacrifice. …”

Meredith Whitmore, Plugged In
“…The good news is that THE LION OF JUDAH has some very good animation and is very helpful in letting children understand the reason for the death and resurrection of Jesus Christ. The bad news is that the script is poor, frenetic and ill conceived. …”

Ted Baehr, Movieguide
“…does provide a worthy introduction for very young children to the story of salvation and the basic tenets of Christianity. … Groaning gags abound. … The Scripture lesson—which includes the cleansing of the Temple… and Peter's denial… is told in shorthand, with much left on the cutting-room floor. …Nevertheless… ‘The Lion of Judah’ is a family film with a worthy intention and some catchy tunes.”