for mild action and rude humor. 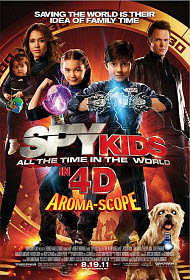 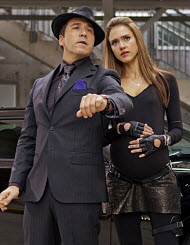 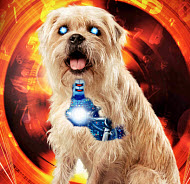 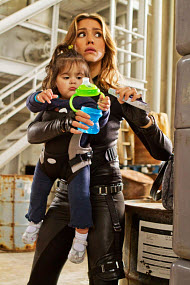 Adventures in the rainforest! Learn about the Creator of the universe by exploring His marvelous creation. Fun for the whole family with games, activities, stories, answers to children’s questions, color pages, and more! One of the Web’s first and most popular Christian Web sites for children. Nonprofit, evangelical, nondenominational.
id

“Saving the world is their idea of family time.”

Marissa Cortez Wilson (Jessica Alba) is a top agent for the OSS, the spy ring first introduced in the original “Spy Kids,” and she is also very much pregnant during her final mission to catch arch enemy and time manipulator Tick Tock (Jeremy Piven).

In fact, no sooner does she catch the bad guy then she has to drive herself to the hospital to give birth. Her husband Wilbur (Joel McHale) and step kids Rebecca (Rowan Banchard) and Cecil (Mason Cook) are there to meet her and know nothing of her real job nor of her decision to retire and raise a family.

One year later, Tick Tock escapes, and worse, he has teamed up with the mysterious Time Keeper who has been stealing the world’s time, thus speeding up time for all of us. Hours are gone in minutes, and as clocks visibly speed up toward “Armageddon,” the OSS enlists Marissa to lead the mission. She is joined by her niece and nephew, the original Spy Kids, now a grown up Carmen and Juni, as well as her step kids who have learned her secret and want to help, before time comes to an end for all of us.

Language: Minor. The only mention of God’s name is once when Marissa is going into labor and cries, “Oh God.” Wilbur mutters, “Jeez” under his breath, but it’s almost inaudible. During a transport scene, Rebecca’s head is temporarily transposed on Cecil’s backside, and he calls her a butt head. Carmen, surrounded by bad guys, says her staple, “Shitaki Mushrooms,” in lieu of a curse. In short, besides the expected barbs that brothers and sisters normally call each other, the language was refreshingly tame and family friendly.

Violence: Mild to moderate. However, it should be noted that the violence is more stylized comic action than violent. There are plenty of fighting scenes, but the peril level never seems high. For example, in one scene, Marissa goes into action while holding the baby in a chest hugging baby sling. No moms or babies were harmed during the filming of this picture. The villain’s henchmen carried large blasters that destroy the Wilson house, but the most outrageous scene has to be Cecil throwing bags of his vomit at the henchmen.

Sex/Nudity: None. There wasn’t even sexual innuendo, as is often heard in many family films.

Male/Female Role Modeling: There is nothing objectionable in having a strong female character, but it does seem commonplace to contrast one by a weaker and often oblivious male, as is the case here with Marissa’s husband Wilbur. His profession as TV’s “Spy Hunter” makes his prowess as one even more diminished, considering he married a spy and has never discovered it. Marissa is clearly seen as the attentive mom, while he is usually absent at work. During one odd scene, the villain Tick Tock tip toes rather effeminately, not to mention the fact that his voice is also a shrill, high pitched un-manly caricature.

When Marissa first retires she tells her boss that she isn’t going to tell her family that she was a spy. He tries unsuccessfully to convict her against this by saying, “Life is too short for secrets.”

One of the many promises that are made in the Word of God includes one for those that lead truthful lives.

“Whoever of you loves life and desires to see many good days, keep your tongue from evil and your lips from speaking lies” —Psalm 34:12-13.

At one point a character observes that, “Adults over think things. To a kid, nothing is impossible.” This reminded me how, as adults, it’s our natural tendency to believe our reasoning is all we need to rely on, thereby limiting the miracles that can be ours, if we only approach God with a child like faith and just believe!

“Let the children come to me, and do not hinder them, for the kingdom of heaven belongs to such as these” —Matthew 19:14.

The Time Keeper ends up being a tragic figure, motivated by a single goal and spent his whole life pursuing it. Our Lord Jesus tells us there is only one treasure that we should seek with such fervor.

“Again, the kingdom of God is like a merchant looking for fine pearls. When he found one of great value, he went away and sold everything he had and bought it” —Matthew 13:45.

“Spy Kids 4: All the Time in the World in 4D” is a kids’ movie all the way and much of the adult appeal, very present in the exceptional first “Spy Kids” movie, has unfortunately lessened with each sequel. Similar to “Spy Kids 3,” the film makes high use of 3D effects with “in your face” action plus the added use of a scratch card for “Aroma-Scope” effects. This delighted the half of the kids able to make the card work, but seemed a distracting gimmick. Positive messages throughout make “Spy Kids 4” a family friendly film, but you’ll wish the kids could have seen this without you.

Comments below:
Positive
Positive—I went to this movie with my brother and his 7 year old daughter. We all enjoyed the movie and laughed a lot. My niece really liked the scratch and sniff card to go with the movie, although I couldn’t tell most of the scents apart. The plot wasn’t great, but it was good mindless entertainment and nothing was objectionable (the “joke” of having the baby pass gas a lot was not funny to me, but the kids at the movie seemed to enjoy the humor). I liked the messages of working as a family team and that spending time with your kids is important.
My Ratings: Moral rating: Good / Moviemaking quality: 3½

Luke, age 50 (USA)
Positive—I brought my 5 year old daughter to this, and she really loved it. It was perfect for her, and she sat through the whole movie without fidgeting; so it held her attention. I liked that there’s an overall message of not letting time pass you by and how important family is. I laughed out loud a few times, but some of the humor was just kid humor or potty humor (passing gas…). We had a good time.
My Ratings: Moral rating: Better than Average / Moviemaking quality: 3½

Christa, age 37 (USA)
Neutral
Neutral—I agree with the other reviewers who said this is definitely not the best “Spy Kids” movie. Overall, the last half of the movie was better than the first half. The plot really did need some help, and I thought it would have been a stronger film if Carmen and Juni, even as adults, were more of a focus.

However, the theme of spending more time with our families and not letting time slip away (it’s the one thing we can’t get more of!) resonated with me, and likely with many Christians, so it wasn’t a total loss. It did seem they were short on material, because they had at least 6-7 bad jokes about poop or passing gas. That’s a little excessive and not really funny, at all. In fact, I don’t think I laughed out loud, except once during the entire movie.

In the previous “Spy Kids” movies, I laughed a good bit. Antonia Banderas was great and so were Alexa Vega and Daryl Sabara. I hope they will make some more “Spy Kids” movies, but strengthen the things that made the other movies better.
My Ratings: Moral rating: Better than Average / Moviemaking quality: 3

Gram, age 50+ (USA)
Negative
Negative—…Let’s just say it wasn’t the best of the four Spy Kids films that I have seen. Unfortunately for this film, its weakness was in its plot. The acting was decent, the camera work was good, it’s just that the plot needed a lot of work and was what I was most disappointed in. There were just too many holes in the plot to make it worth my money. Sorry Mr. Rodriguez and Hollywood, keep trying.
My Ratings: Moral rating: Better than Average / Moviemaking quality: 2

Alexander Malsan, age 21 (USA)
Negative—This was entertaining enough to watch but kind of stupid. The other ones were way better, they should have stopped at 3. It got real old when she carried her baby with her everywhere fighting crime, that was ridiculous. I would have rather stayed home then waste my time watching this movie. I am glad though the woman were more modestly dressed, that was surprising. Not a horrible movie but just lame story.
My Ratings: Moral rating: Better than Average / Moviemaking quality: 3

Sarah Smith, age 36 (USA)
Comments from young people
Neutral—I thought Spy Kids 2 and 3 were better. I really didn’t like it because the acting wasn’t very good. In the beginning, the stepmom and the daughter were not very nice to one another. At the end, they loved each other.
My Ratings: Moral rating: Better than Average / Moviemaking quality: 4