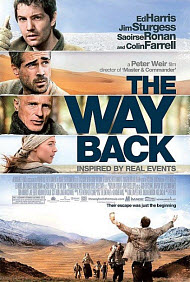 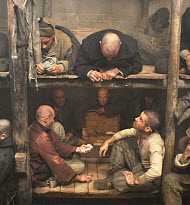 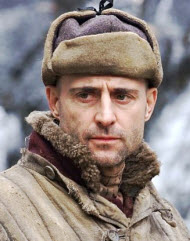 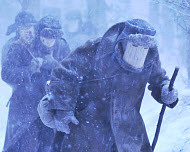 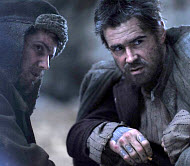 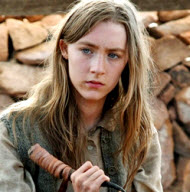 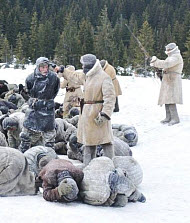 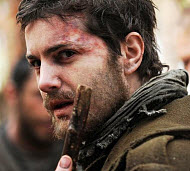 snow and ice in the Bible

“Inspired by real events / Their escape was just the beginning.”

The year was 1941. In the beginning of this film we see this text: “Hitler had invaded from the west of Poland, and Stalin invaded from the east.” The movie opens with one man being interrogated by the Polish military, refusing to give them any information on plans to take down Stalin. We are then taken to a Polish communist prison camp. There we meet our main characters, Valka, Mr. Smith, Janusz and Zoran. They are tired of the indecent treatment they have had to deal with and decide that it’s time to make a run for freedom. Along the way they run into Irena, a young Polish girl running away from the Russians. Will these friends find the freedom they seek, or will all their efforts be in vain??

There’s a reason this film received an Oscar® nominee. I can’t even begin to describe the intensity of emotions I felt for this film. From disgust to awe, I could not help but sympathize and feel for all seven characters. Director Peter Weir takes us on a fascinating journey. From the vast wilderness of the jungles, to the beautiful mountains, and even to the roaming desert, this film is simply breathtaking. The orchestration? Perfect. The camera work? Phenomenal from start to finish. The story does lag a little, but it needed to in order for this reviewer to enjoy and appreciate what this film has to offer. The acting from all of the main characters was what blew me away, and so I must commend Ed Harris, Dragos Bucar, Jim Sturgess, Colin Farrell, and even Saoirse Ronan for their outstanding performances throughout this entire film. Well done to all.

Violence: The violence was definitely moderate film. There are many terrible scenes of hardships from all of the main characters. A prisoner is stabbed during a fight over a card game. Some prisoners die of frost, some of the men are sent to mines for torture. There is one scene where the main characters come upon wolves eating a dead animal, and, after the men chase them away, they eat the animal ravenously.

Sex/Nudity: This category definitely raised suspicion on my part, mainly because I was confused why Weir had to have it in the film to begin with. There are two instances where drawings can be seen of nude women, front and back. One main character is seen with his shirt off. One of the male main characters is seen bathing naked in the river (it is mild in nature). Lastly, Irena can be seen bathing (she is fully clothed though).

There are many things we can take away from “The Way Back.” But the one lesson that stood out the most in this film, for me, is faith. These characters had nothing going for them. They had to fight their way through snow, sandstorms, starvation, strokes—everything you could imagine. They never gave up. They preserved. How? Their faith. Their faith that there was something waiting that was better for them. The hope that what was on the horizon was worth the hardship.

Christ tells us to never allow our faith to weaken. We are to stay strong in trials and in tribulation. The book of Hebrews says this…

“Now faith is being sure of what we hope for and certain of what we do not see.” —Hebrews 11:1 (NIV)

“The Way Back” is an emotional rollercoaster of a film, from start to finish. Due to the pressing hardships in this movie, I can only recommend this film for teens and adults, even with the moral rating I have given. In short, “The Way Back” is definitely a film worth renting, and I am glad to be able to recommend it.

Positive
Positive—This is a great film in terms of its message. How often do we have a film that portrays the persecution of Christians and others for their religion. It is extremely well-made cinematically. It is strongly anti-communist. It exposes the evil of communism, in its attempts to destroy religion. It equates communism with NAZIsm and records how the invasion of Poland was by the communists and NAZIs, acting in concert. It, also, makes clear that there is not some great difference between Comrade Stalin and the rest, as it shows the poison in Mongolia, as well. It shows the great evil of the camps—gulags—whose names like Buchenwald, with the NAZIs, deserve to be the common parlance of all educated people.

Unfortunately, Kolyma and Vorkuta are not known the West—perhaps because of the work of fellow travelers with communism. It shows the strength of the human spirit. It shows that none were exempt from persecution, even members of the Communist Party itself.

It is beautifully shot. As someone who has spent a lot of time in Russia, it did not strike me as shot there, but all-in-all, the “stage” was reasonably close. This is well deserving of your patronage. It is borderline excellent, save that it pits all religions against Communism, and so is not an exclusively Christian film. It shows the great evil of the camps, whereby murderers and rapists were “trusties,” with the power of life and death over God’s people, because God’s people were “enemies of the State,” whereas murderers and rapists were “victims of capitalist society.”

My one criticism of the film is that it is probably preaching to the choir and is too earnest to be entertaining to a wide audience. One wonders whether a bit of gratuitous violence and a bit of romance would have filled more seats for people to absorb its very important message—where God is banished from the public square, evil flourishes.

Do not wait for the DVD, this film deserves your patronage. There is much to think about in it, and your children need to see where atheistic socialism and communism leads. “Those who cannot remember the past are condemned to repeat it.” —George Santayana.

It is pointed, when the murderer and robber voices his support for Lenin and Stalin as great men, because they take from the rich and give to the poor. There is meant to be some nudity in this film. I do not remember it. Perhaps it was of men bathing. If that is the case, the scenes were completely integral to the movie and were of no greater significance than seeing bare breasted female natives in a film that is authentic in that regard. What would people do who reached Lake Baikal—the largest freshwater lake in the world—who were homeless and living off the land in abject poverty, because of their exploitation by the communists?

This is a timeless film. It, also, has redemption and shows that those that are evil wish to stay near to the center of evil known to them. It is a film to show your children before puberty, so that they absorb its important message before adolescence.
My Ratings: Moral rating: Good / Moviemaking quality: 4

Blue, age 52 (Australia)
Positive—This was an excellent movie. Maybe not one you would want to watch again anytime soon, but still… Although it’s hard to watch at times, this is a heartwarming (and heartbreaking) story with a very satisfying ending. I would recommend it to anyone who doesn’t mind if their movies are a bit slow and depressing at times. If you are like me, you will appreciate the superb acting, beautiful cinematography, and the true story that lies at the heart of this film.
My Ratings: Moral rating: Better than Average / Moviemaking quality: 5

Irene Latkins, age 19 (USA)
Neutral
Neutral—This was sort of a “Papillion” (remember Steve McQueen, Dustin Hoffman from the early 70s?), but set in Asia. The prisoners escape from a Gulag in Siberia and make their way all the way to India, through much suffering and loss. I was never really at “the edge of my seat,” as the movie was somehwhat slow moving. It’s basically a message of risking your life to overcome your adverse circumstances.

Prior to seeing it, I failed to notice that Saoirse Ronan, who starred in “Inception” and “The Lovely Bones,” is in this. That was a breath of fresh air for the film, as the other actors, at least in this film, were mediocre. Its historical content is food for thought and reminds us of the Soviet Union’s police state under Joseph Stalin. Beyond that, it wouldn’t hurt to wait for the DVD, even if it’s a long wait.
My Ratings: Moral rating: Good / Moviemaking quality: 3

Movie Critics
…the accomplishment of Weir, director… is to make us feel like we are traveling with them every step of the way across terrain… The man-against-nature scenes are magnificently captured… and the gulag scenes also are vividly sketched. Sadly, the personal dramas often feel stock and static by comparison.

Paul Asay, Plugged In
…Essentially a tale of the indomitable human will to survive, The Way Back is more notable for its mind-bending visual depiction of this insane trek (the film was shot on location in Pakistan, Morocco, and Bulgaria) than anything it has to say about either Stalin’s brutality or the human spirit… fails to connect on the all-important visceral, emotional level. …

Marc Savlov, The Austin Chronicle
…thrives on keen direction, dynamic cinematography… “The Way Back” seems like it could have been made 40 or 50 years ago, and I mean that in a good way. …

Chris Hewitt, St. Paul Pioneer Press
…Prison-break story is as cold as the landscape… we don’t get a glimpse into the inner lives of the characters. … the long stretches between stations make “The Way Back” an arduous road.

Joe Williams, St. Louis Post-Dispatch
…an old fashioned venture, about a ragtag group of valiant, determined prisoners during World War II who make an almost superhuman effort to escape Siberia on foot… the overall metaphor Weir was aiming for—this idea of enemies so powerful and a war so menacing and confusingly big that no place seems safe except a place absurdly far away—comes through clearly and stays with you.

Mary Pols, Time magazine
…The Way Back’s odyssey is a bit of a tough slog… the group psychology, usually so crucial in these sorts of survival adventures, is disappointingly thin here and thus robs the cast members of any chance at a nuanced performance…

Rick Groen, The Globe and Mail